Rehoboth: Arts in the Village concert on November 12 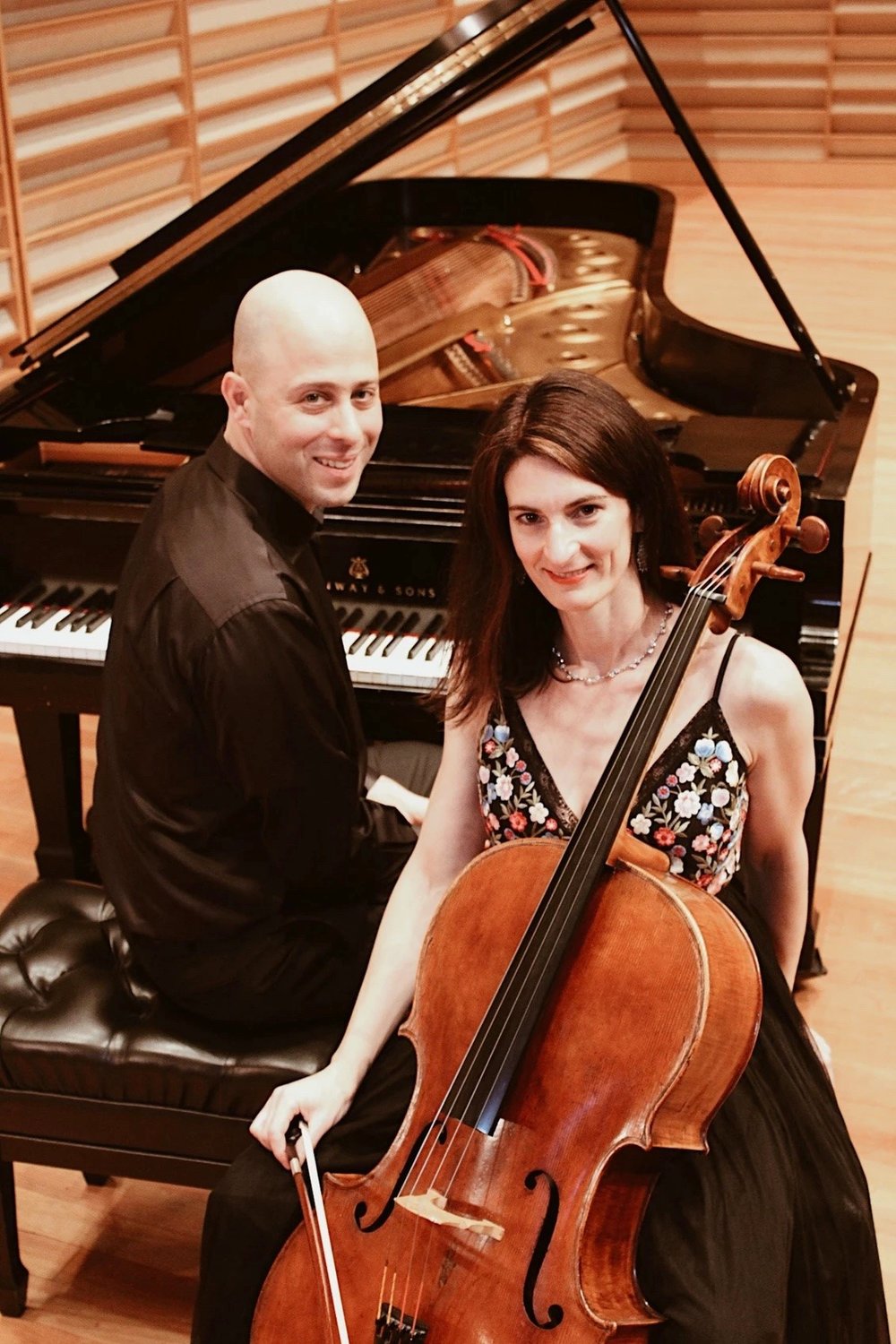 Arts in the Village Presents Ekstasis Duo on November 12
On Saturday, November 12, cellist Natasha Farny and pianist Eliran Avni will appear for the first time in the Arts in the Village Concert Series. Their program, titled “From the Shadows,” will feature the Romantic dreams of Viennese composers Alexander Zemlinsky and his brilliant student, Alma Mahler, the ineluctable pull of George Walker’s voice, the first Black composer to win a Pulitzer Prize for Music, and the delightful night music of Lili Boulanger, a budding young composer who died at age 24, unable to fulfill her talent. The evening will finish with the tour de force quasi-concerto by Henriette Bosmans, a regular soloist with the Concertgebouw Orchestra and late Romantic composer from Amsterdam.

Farny and Avni met as students years ago at the Juilliard School. After some exciting performances in New York City and upstate New York, the two decided to embark on a new mission: to create compelling programming that celebrates masterpieces alongside the secret jewels of lesser-known works. With a focus on storytelling that pinpoints an aspect of the human condition or creates an atmosphere through sound, their concerts offer solo and chamber music works, and occasionally incorporate multimedia, readings, video, and visual art. In recent seasons, the duo has promoted the music of less well-known but accomplished composers.

Since their debut in 2018, the Ekstasis Duo has appeared on distinguished series such as New York City’s Merkin Hall, Eastman’s Morning Chamber Music Series, and Rochester’s “Live from Hochstein.” During the summer of 2020, the duo recorded music for their debut CD, “Women’s Voices,” now just available. This program inspired Ekstasis to give lectures online and in person, both nationally and at an international conference in Lucca, Italy. A multimedia project involving live music and video occurred in 2021 as a result of winning the Kasling Award of the State University of New York at Fredonia.

Payment may be made by cash, credit card, or check (made out to Rehoboth Antiquarian Society).
Information: 508-431-6879