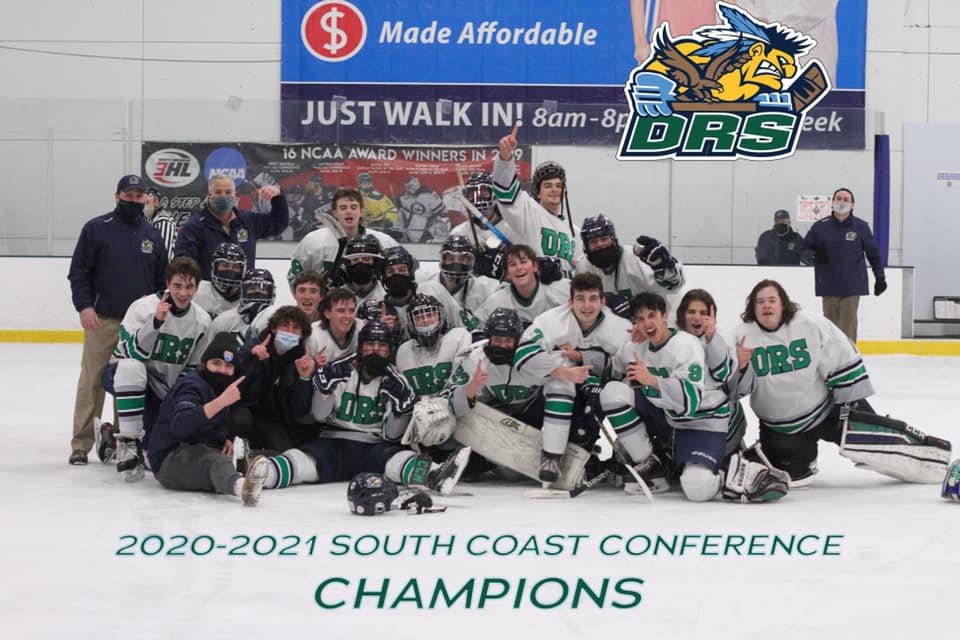 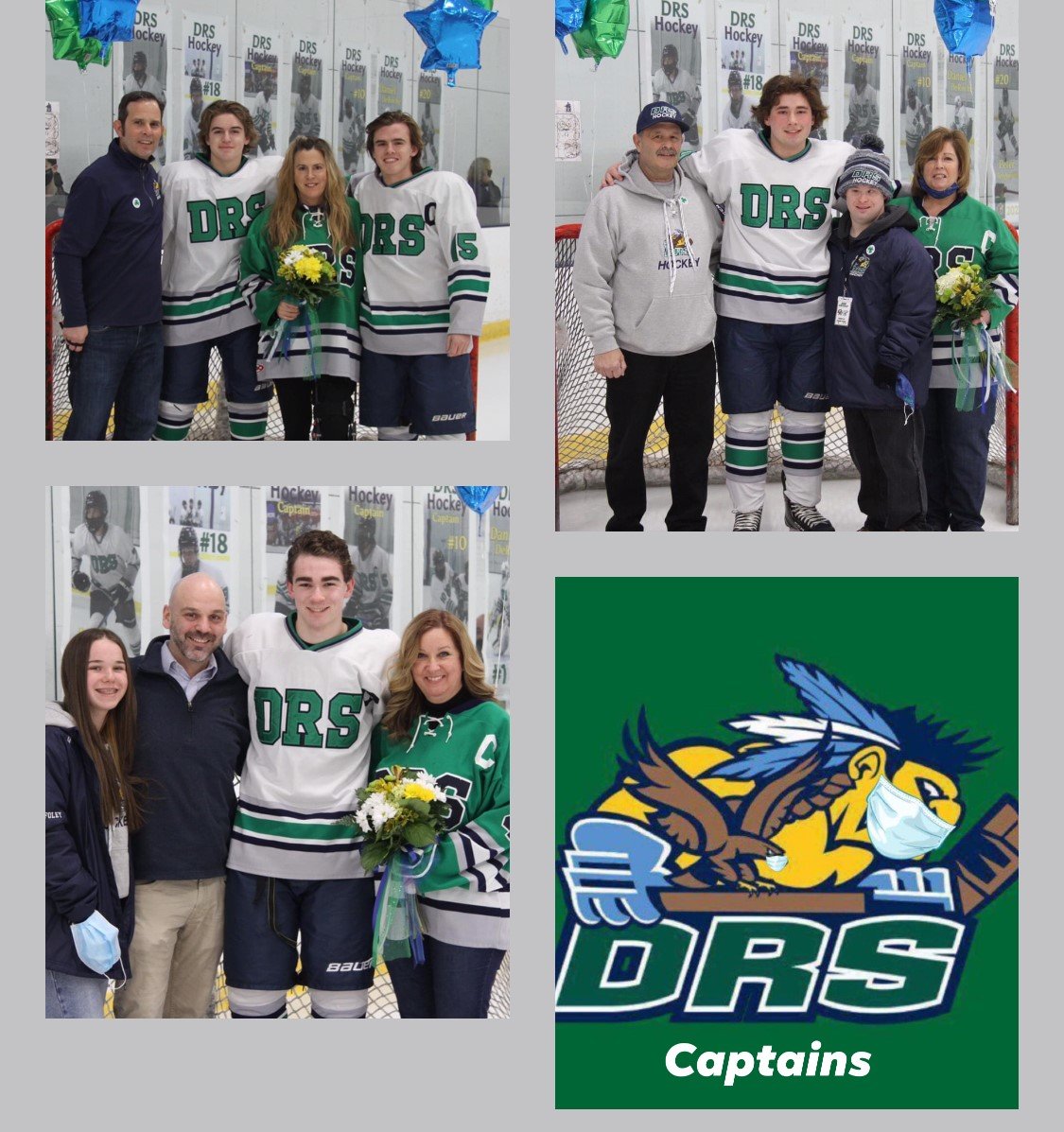 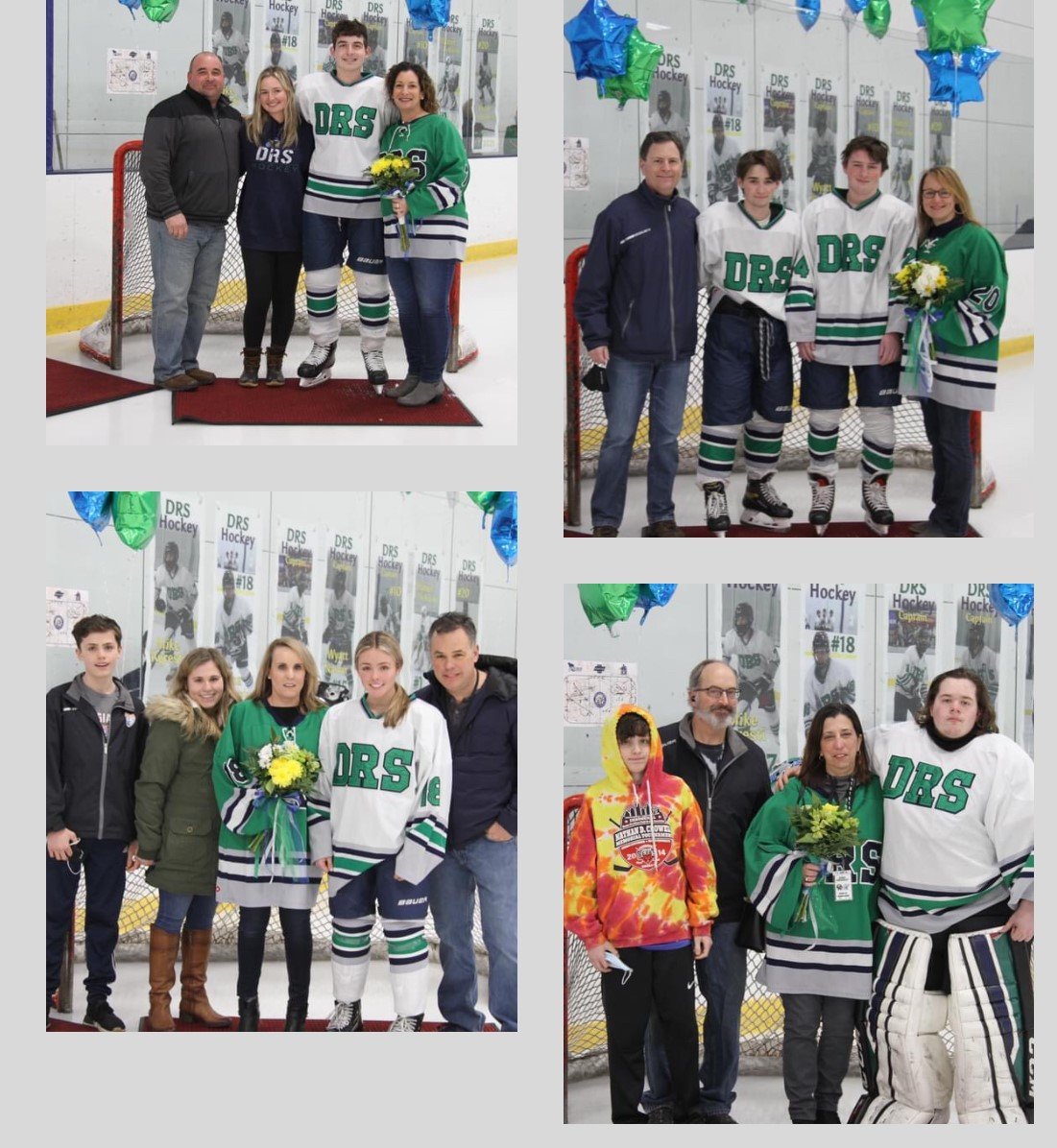 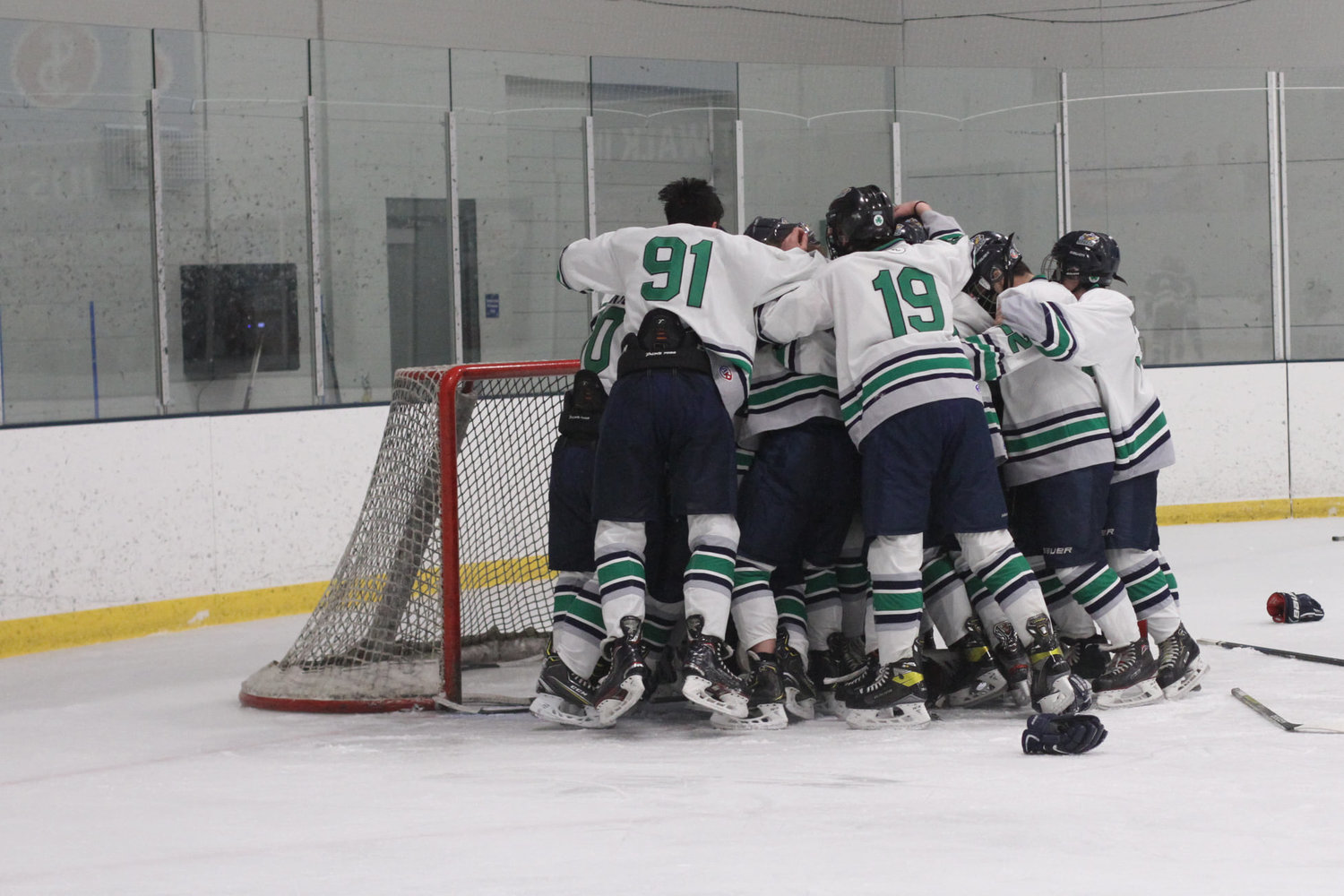 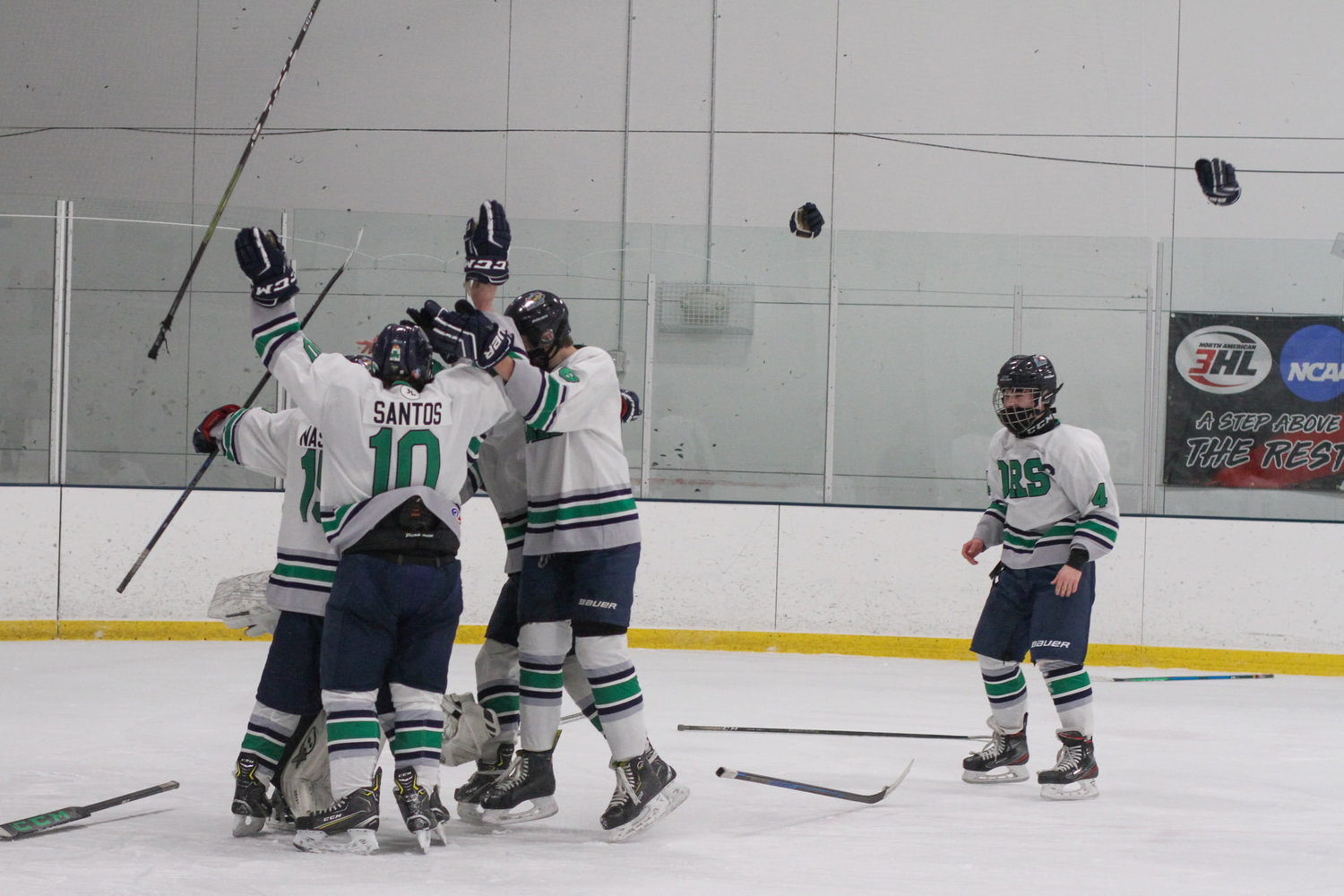 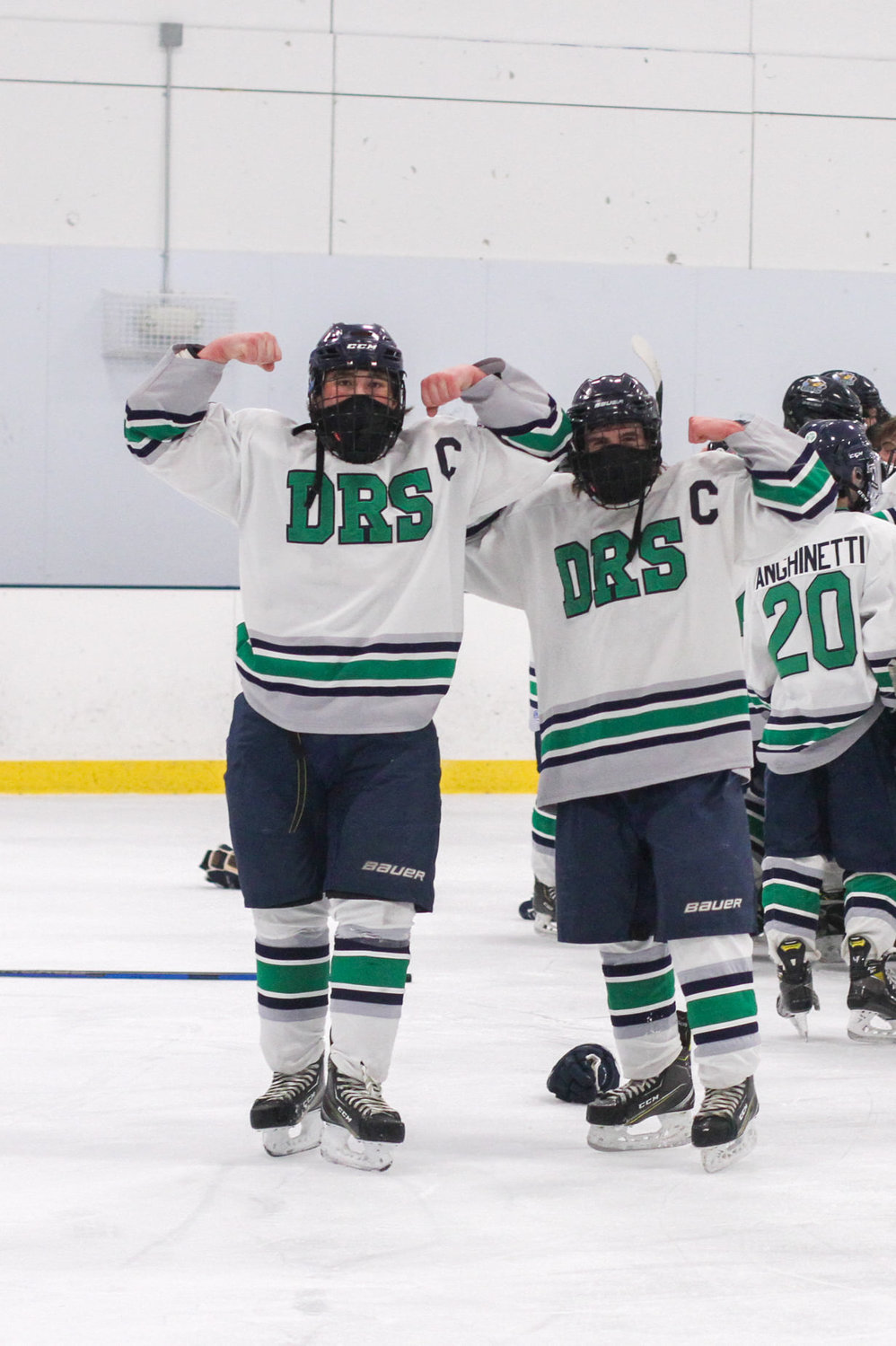 For the first time in the history of its hockey program, the Dighton-Rehoboth/Seekonk (DRS) High School Hockey Team are this year’s South Coast Conference Champs!  DRS finished in first place in the Regular Season earning the top seed for the playoffs.  On February 17, 2021, DRS beat previously unbeaten and second-ranked Somerset Berkley 4-1 at the New England Sports Village in Attleboro, MA for the South Coast Conference Title.  With the victory, DRS finished the season unbeaten at 10-0-1.

Seekonk freshman Sebastian Rebelo scored two goals, the first in the 1st period and an empty-netter.  Dighton-Rehoboth junior Ryan McCarthy scored with 5:42 left in the 2nd period putting DRS up 2-1.  Seekonk sophomore Liam Fecteau made it a 2-goal margin when he scored with 6:53 left in the 3rd period putting DRS up 3-1.  Dighton-Rehoboth freshman goalie Sam Bastis faced 18 shots, stopping 17 and allowing only the game-tying goal for Somerset Berkley with 7:13 left in the 2nd period.  DRS outshot Somerset Berkley 38-18.

“Our players played great all year,” DRS Head Coach Tom Fecteau said of his team who are currently ranked 10th in the Hockey Night In Boston Division 2 poll.  “We have been able to put pressure on teams all year, averaging 41 shots per game.  We continued that in the championship game with 38 shots and we executed in all areas of our game for the win.  I am extremely proud of our team!”

DRS had played Somerset Berkley to a 3-3 tie a week earlier in their last game of the regular season.