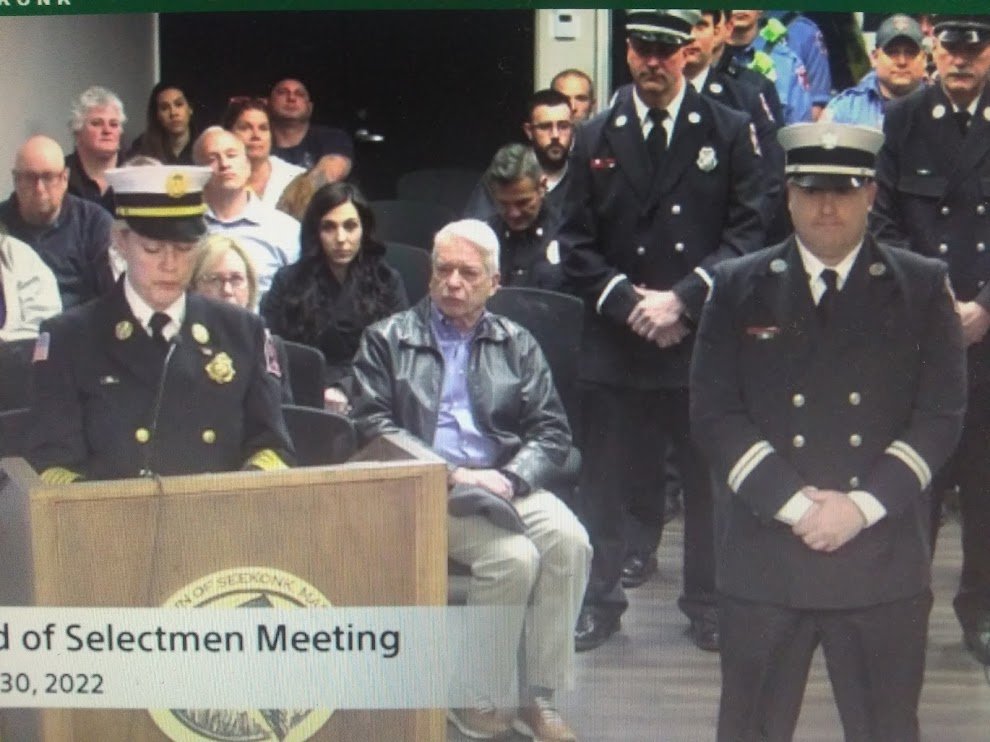 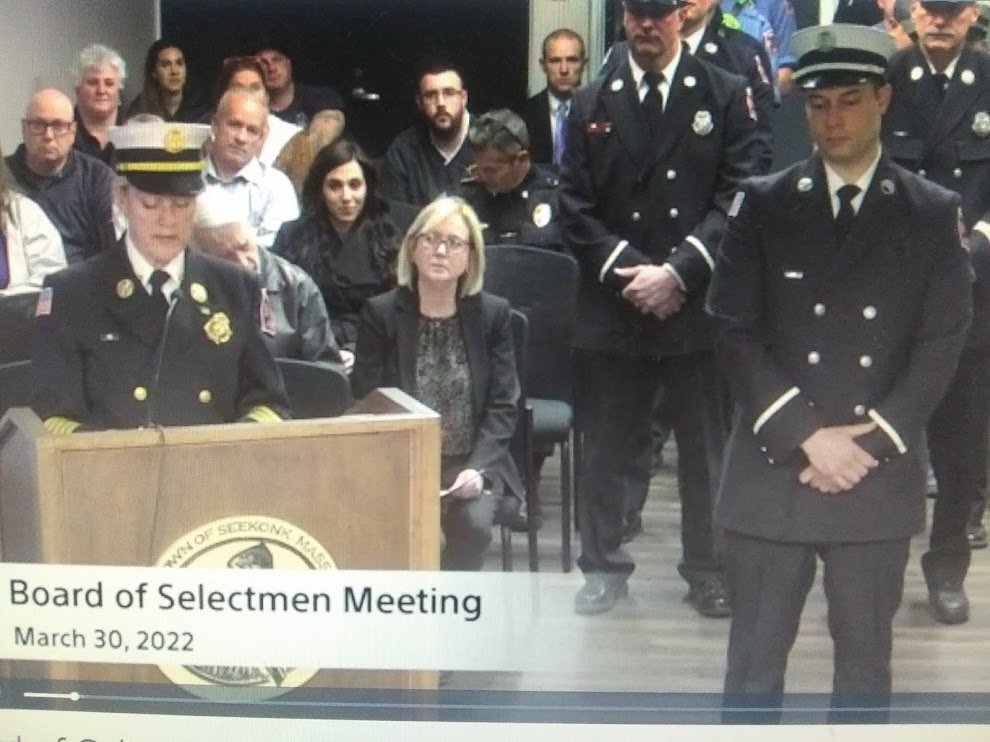 The Seekonk Fire Department has promoted two of its members.

Jeff Magill, who has been with the department since 2007, was promoted to Captain at the March 30 Board of Selectmen meeting. Magill has worked as a firefighter and paramedic and also had served as the department’s Infection Control Officer. “(Magill) has received multiple accolades as a paramedic including assisting a five year old who was having difficulty breathing in January of 2014,” said Fire Chief Sandra Lowery. “He was also credited for saving a patient’s life who had a cardiac issue in March of 2014.”

Firefighter Matthew Bradford was promoted to Lieutenant. Bradford has been with the department for the last six years. Lowery said Bradford was “a core member of the department’s division of training” and is spearheading the new recruit on-boarding academy. Bradford is credited with saving a patient in cardiac arrest in 2021.