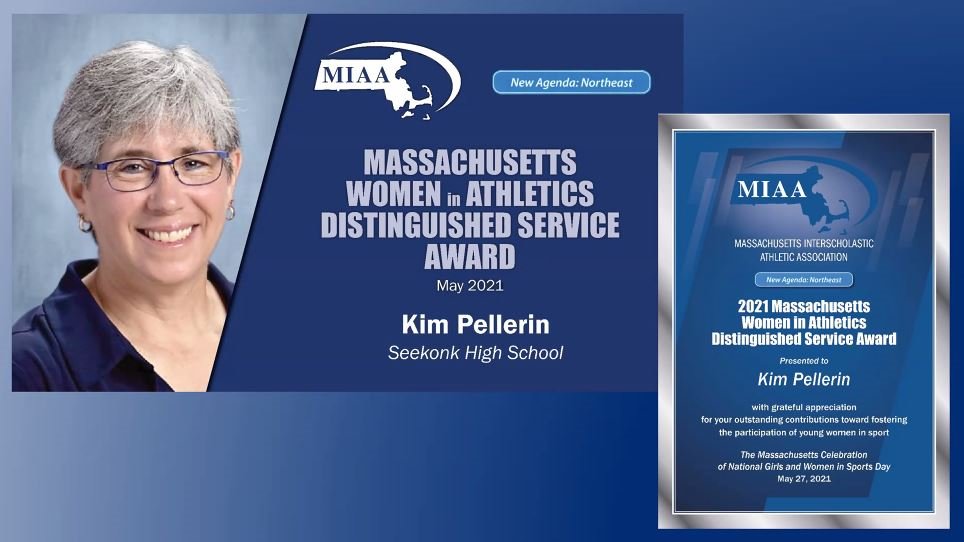 Coach Pellerin was honored with the Massachusetts Women in Athletics Distinguished Service Award for her generous contributions of time and talent to female student athletes today, May 27, at the MIAA's virtual Celebration of National Girls and Women in Sports Day.

"Kim is extremely deserving of this award as she has dedicated herself to the betterment of our female athletes," Superintendent Drolet said. "Throughout our students' field hockey and softball careers, Kim has provided them with unwavering guidance and support. She is a true role model for all athletes."

Through her coaching, Pellerin has promoted community service, sportsmanship, teamwork and positivity while serving as a model for how to combine competitive performance with character development.

Athletes who have had the privilege of having Pellerin as a coach describe her as urging them to strive to be the best they can be, requiring them to practice until they master any skill, praising their improvement and encouraging them to move on from their mistakes to the next play.

“In her home town of Seekonk, she has developed generations of female athletes who respect themselves, each other and the game. Every young athlete that I have spoken to about Coach Pellerin has had only positive things to say,” said Director Moran.