Title on the line tonight at Forbes Field. Riverside/Central Major All-Stars vs. Barrington for Championship 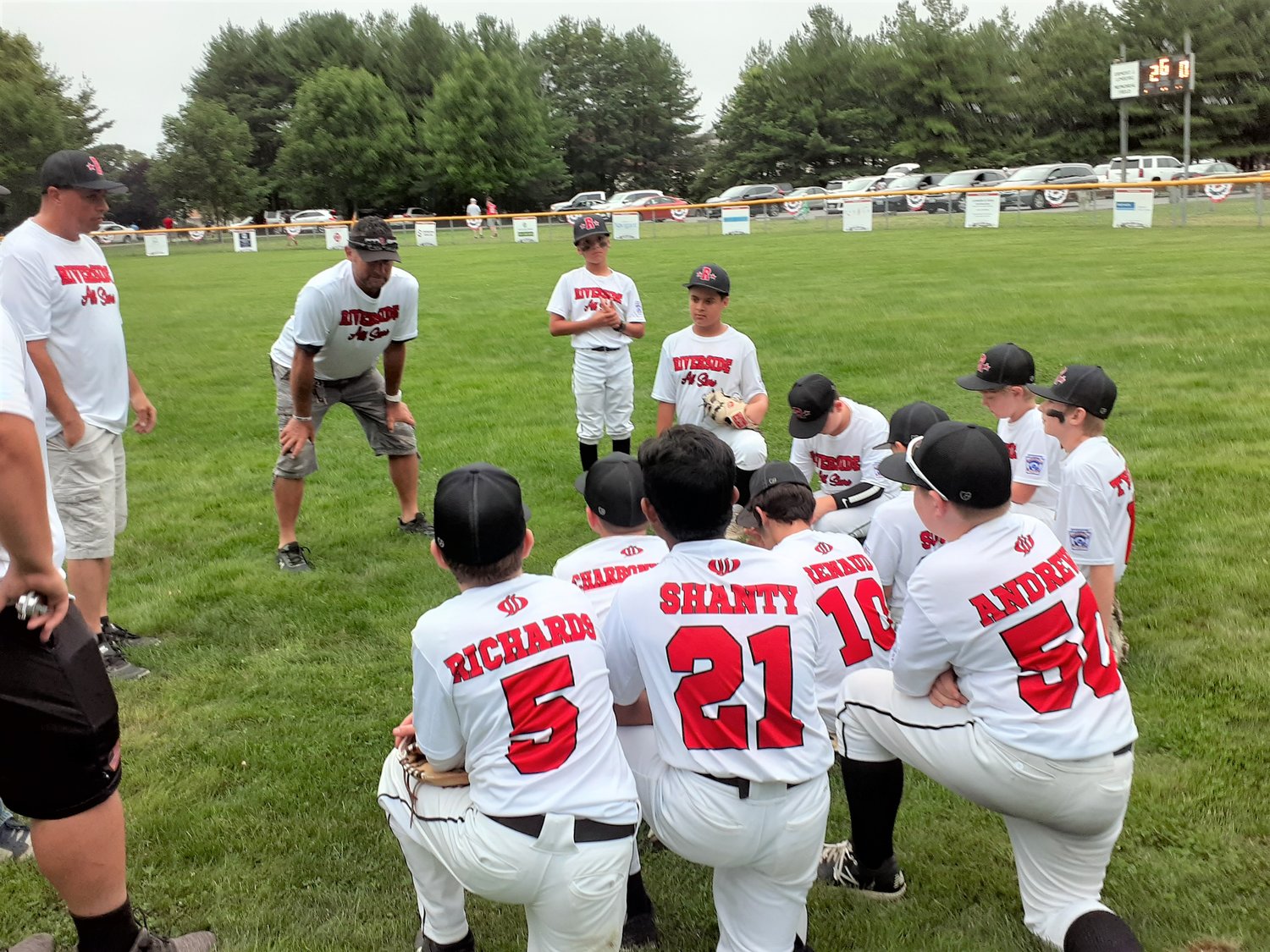 Winner moves on to the RI State Championship

The Riverside/EP Central major division all-stars will play Barrington for the District Two major league championship tonight at the Ron Silva LL complex at Forbes Street field in Riverside, RI.  Game time is 5:45 pm.  Undefeated Riverside/Central can win it all with a victory tonight. Once-beaten Barrington needs two wins to take home the title. The district champion will move on to the RI state championship tournament. The winners of the four RI districts, 1 through 4, will then compete. District Two is the largest of the four statewide districts and includes Barrington, Bristol, Warren, Little Compton/Tiverton, Newport, Darlington, Portsmouth, Middletown, East Providence Central, Rumford and Riverside.

Rumford lost out in its quest for a rematch against Riverside/Central for the title in a July 14th 12-2 loss to Barrington. That win propelled Barrington into tonight’s final. Barrington has defeated Little Compton/Tiverton, Middletown, Darlington, Warren and Rumford. Barrington’s lone loss cane in a June 27th  3-1 loss to Rumford.

The Riverside/EP Central squad is the only undefeated team in the District Two tourney. Tonight’s game is expected to be a close game between two good teams who know each other well. Several players from both teams play together on a different team in travel AAU ball.

To reach tonight’s final, Riverside defeated Little Compton/Tiverton 11-0, Newport 11-1, Darlington 2-1 and Rumford 2-0. A large crowd is expected to attend tonight’s clash. A Barrington win means a final title game will be played tomorrow, Sunday. Riverside can win it all tonight.

(For those wondering about the name ‘Riverside/EP Central’ – roster numbers are dropping across the area causing leagues to merge. Pawtucket, once featuring 4 and 5 different leagues, are now down to just two. Many other towns are combining. There are only three major division teams in EP Central, Riverside & Rumford - combined. Accordingly, Riverside/EP Central have combined in some respects. A future article will discuss this issue in much more detail in the Reporter.)