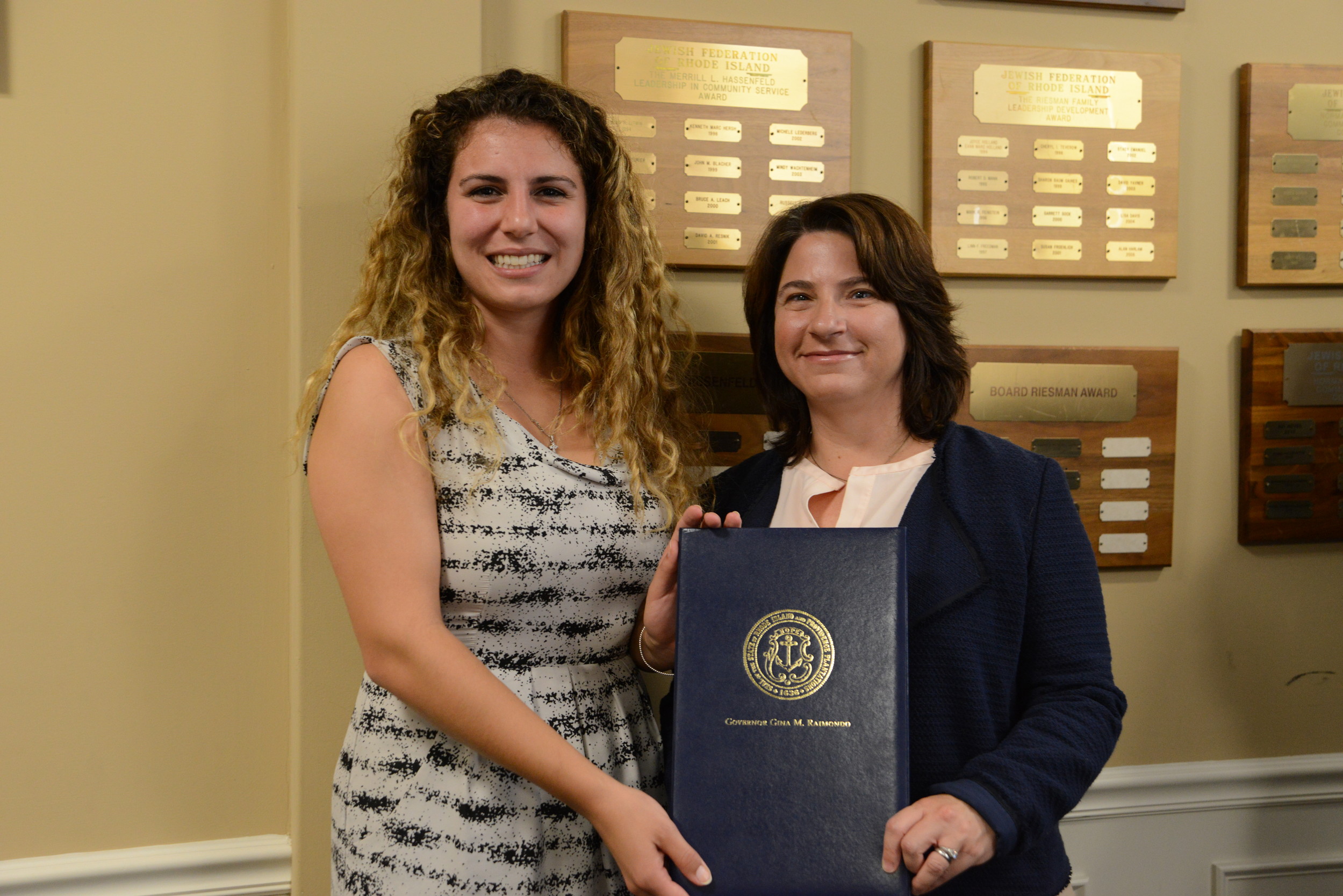 State House – Legislation sponsored by Rep. Katherine Kazarian and Sen. Gayle L. Goldin to require school districts to teach students about genocide and the Holocaust has been signed into law by Governor Raimondo at a ceremonial bill signing held at the Jewish Alliance Conference Room in Providence.
The legislation (2016-H 7488A, 2016-S 2396A) requires each district to include in its curriculum a unit on the Holocaust and genocide for every student by the time he or she graduates. The subject could be taught in either middle school or high school, as the local district deems appropriate. Additionally, the new law requires the state Department of Education to provide Holocaust and genocide curriculum materials to school districts.
“Although these are not pleasant topics to learn about in school, these events must be studied by our children in order to prevent further similar atrocities from happening in the future,” said Representative Kazarian (D-Dist. 63, East Providence). “My family’s own history involving the Armenian Genocide has shown me that these events in history should never be forgotten and it is important that our children recognize and understand how such terrible events can occur in society, and more importantly, how to stop them from happening.”
Said Senator Goldin (D-Dist. 3, Providence), “Given the hate and bigotry that has become so common in public discourse today, it seems especially important to educate students about the incredible damage that hate and bigotry have caused. In order for future generations to fully grasp the necessity of protecting the human rights of all people on the planet, they need to understand the reality that there have been government-sanctioned campaigns to annihilate races, classes and types of people in the not-very-distant past. These shameful chapters in history are important because they provide perspective on world events, now and in the future.” Senator Goldin’s grandparents fled eastern Europe to Canada during the pogroms, and those of her family members who were unable to escape died in either the pogroms or the Holocaust.
In 2011, the Rhode Island General Assembly enacted a law that emphasized the need to make genocide curriculum materials available including, but not limited to, the Holocaust of WWII, and the genocides in Armenia, Cambodia, Iraq, Rwanda, and Darfur.
This new law makes the recommendation a requirement starting in the 2017-2018 school year.