A Tradition on Life Support 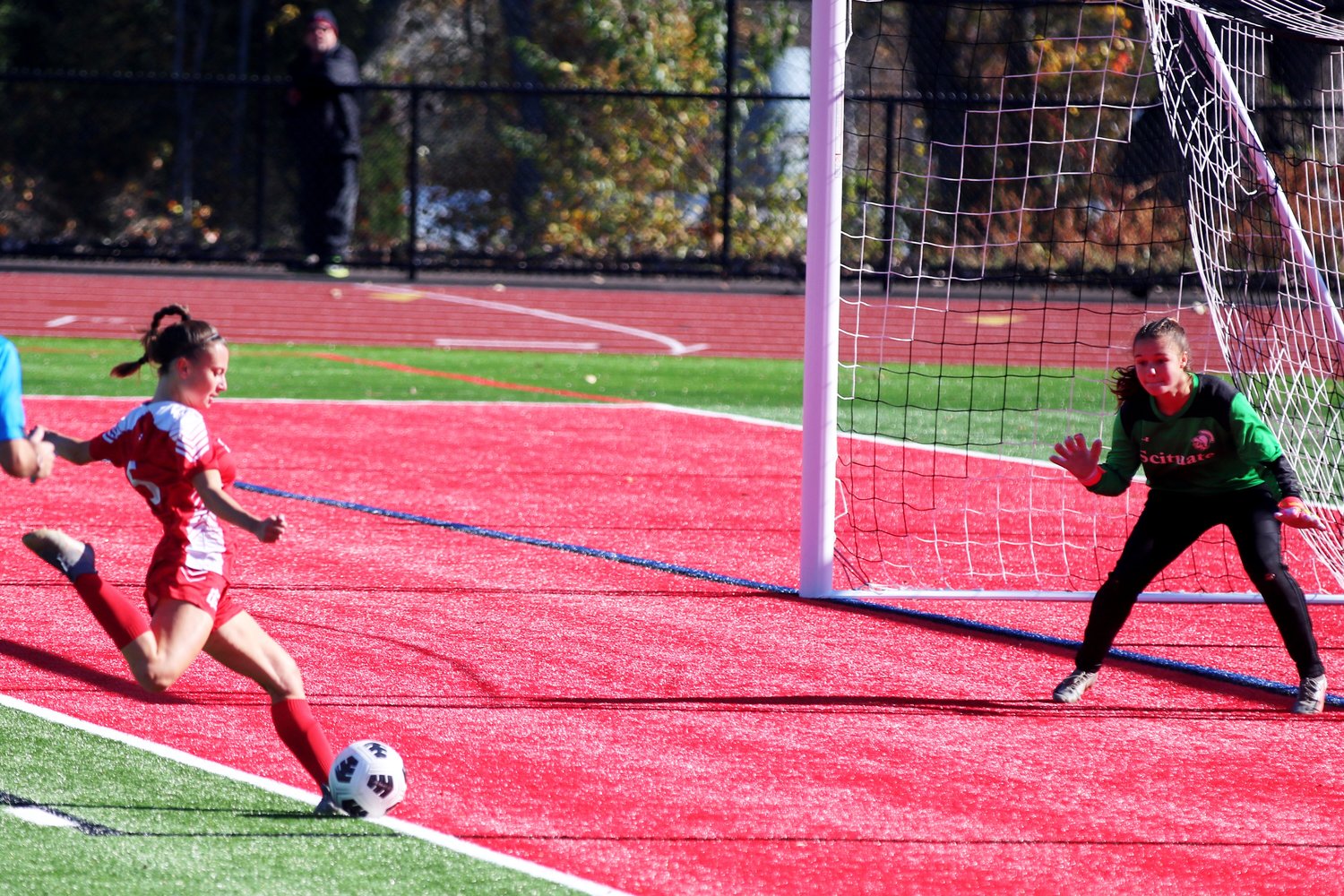 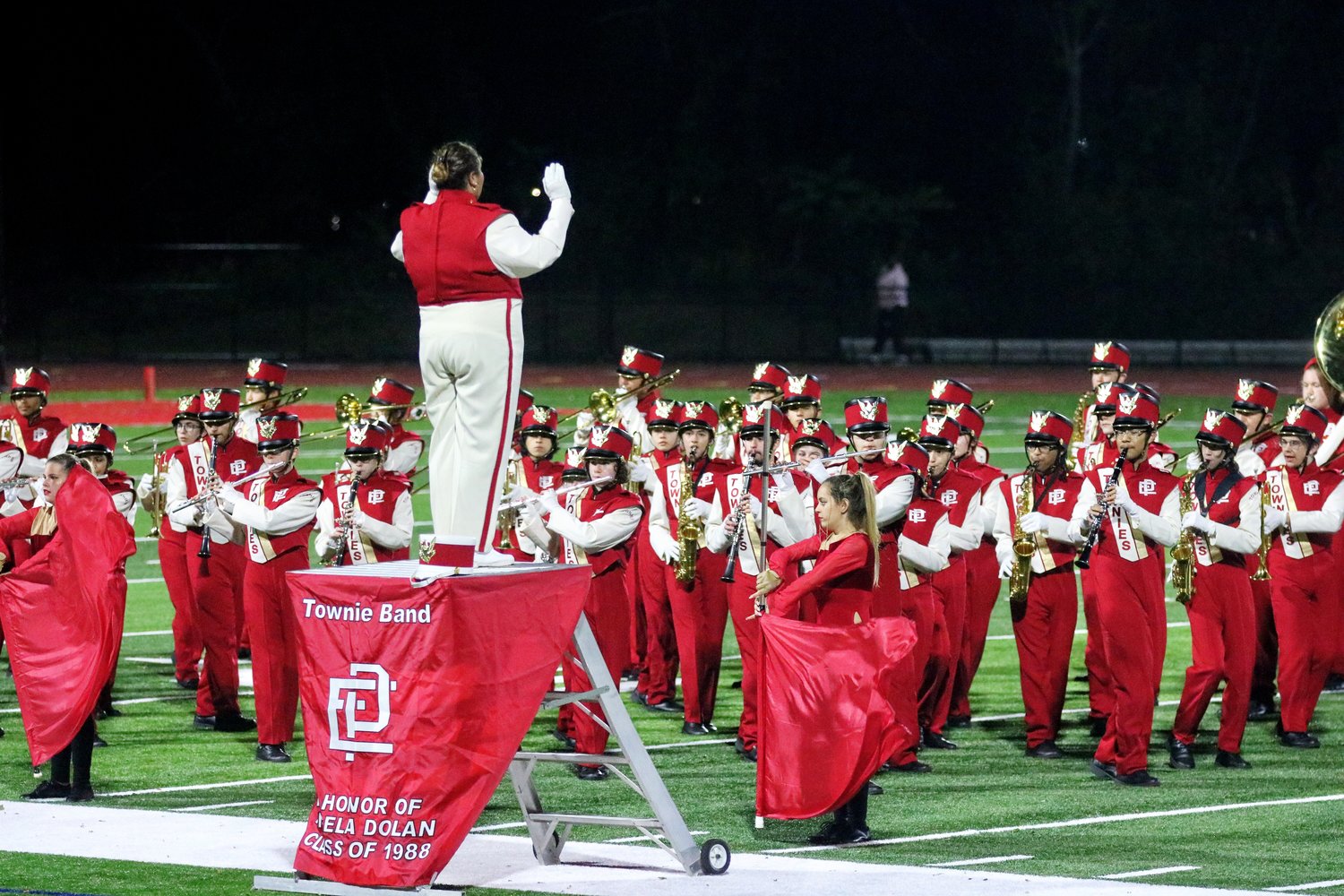 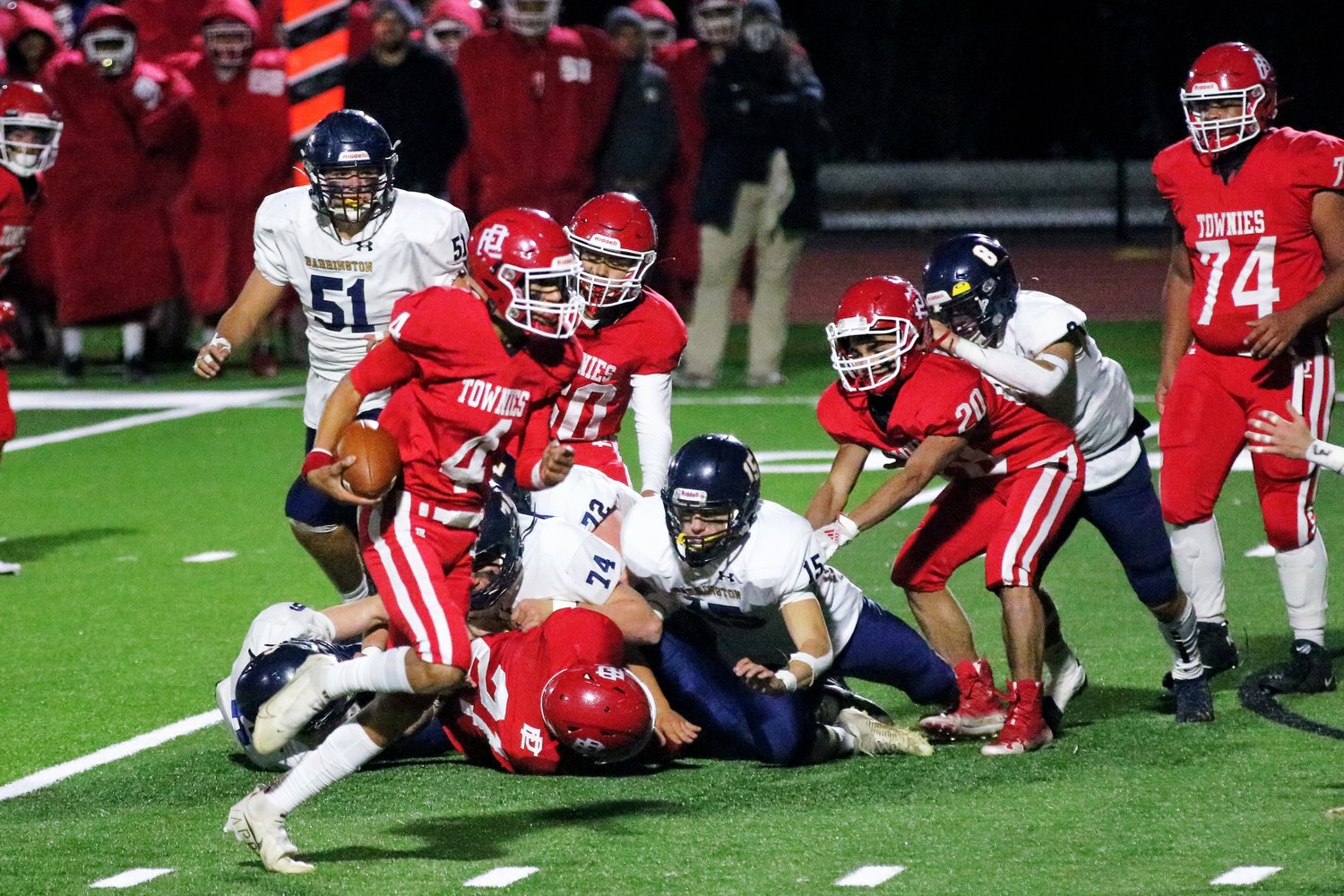 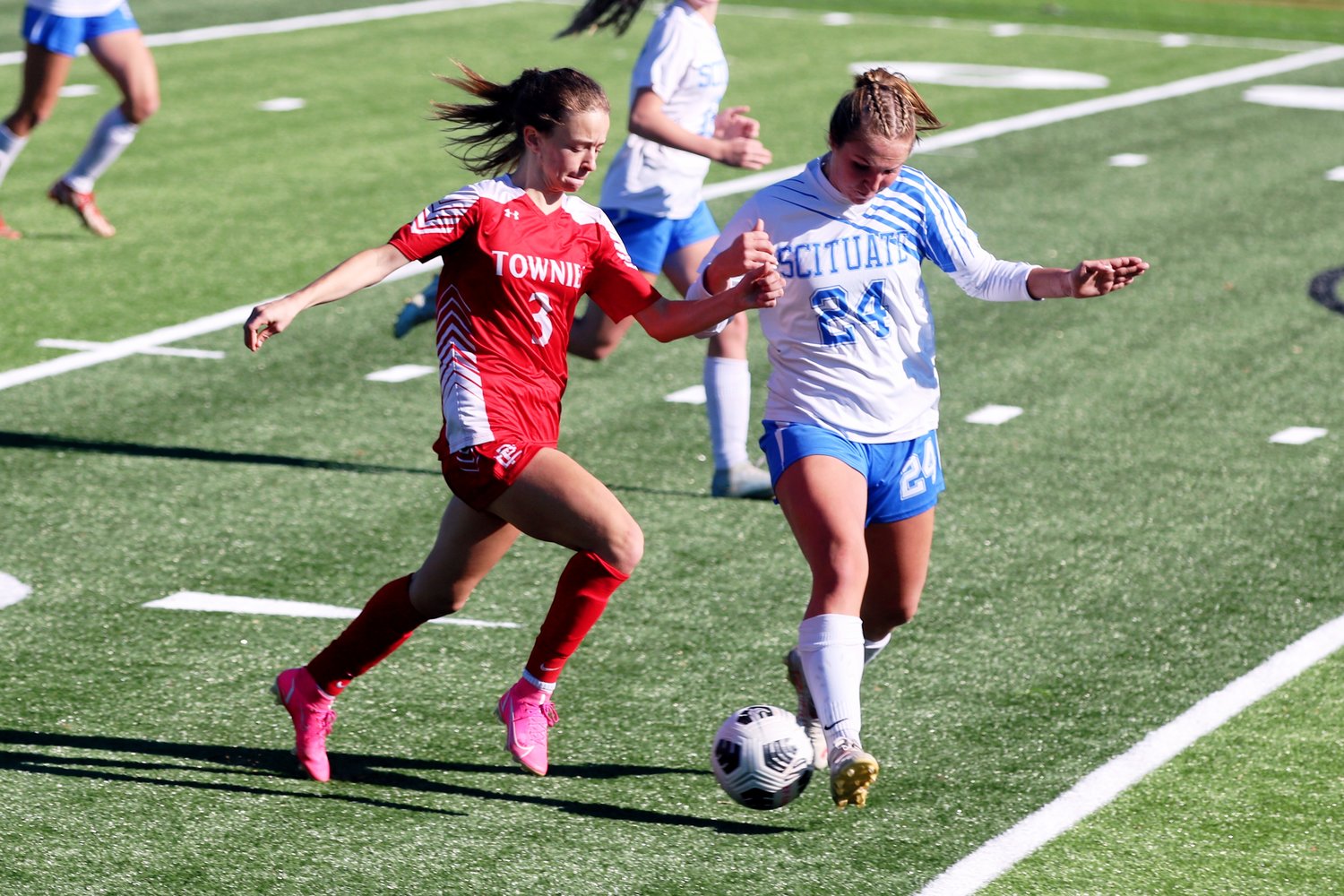 Much of the nation and the world is slowly emerging from a pandemic which has seen the cancellation of many holiday traditions.  Over the past year and a half most people have avoided crowded get-togethers due to Covid-19.  Although things have improved, new variants of the virus are present and this is not over yet.  One tradition is making a comeback of sorts.  East Providence, like many cities and towns, loves Thanksgiving and high school/college football this time of year.  In fact, EP is noted for having the longest standing high school football rivalry in Rhode Island, some 94 years.  Every year since 1927, East Providence High and LaSalle Academy played football to thousands.  The series would alternate between Pierce Stadium in EP and LaSalle in Providence.  Through the mid 70’s LaSalle hosted their home game behind their high school.  Most years Townie fans would outnumber LaSalle fans in their own house.  “It was like we invaded Providence every other year, filling the streets around Smith and Academy avenues with red and white.”  But Pierce Memorial Stadium was THE venue.  At its peak, some 8 to 10,000 fans would fill Pierce, often with standing room only.  Vendors sold pennants, horns, shakers, plastic footballs and LaSalle alumni would tailgate in the parking lot.  Townie fans preferred buying snacks from the concession stand (albeit a few flasks were hidden under winter coats).  One needed to arrive at Pierce by 8 AM to get a coveted seat before the large crowd arrived.  The game played on through monsoon rains and snowfalls.  Occasionally a sunlit warm Thanksgiving Day would greet the approving crowds.  Pep rallies were held at EPHS the day before and the city was abuzz with holiday fever.  When the stands at LaSalle’s old football field were closed because of safety reasons in the early 80's, LaSalle would host home Thanksgiving games at various venues in Providence. Brown University and City Stadium behind Mount Pleasant High School were used a few times. But those costs and inconveniences caused LaSalle officials to keep all Thanksgiving games at Pierce Stadium. "It was cheaper for us to rent and Pierce is a great field," said one LaSalle official.  The festivities would begin on Wednesday.  Alumni would also attend the EPHS rally and many would gather that night, with several getting together to celebrate at Bovi’s Tavern on six corners and other watering holes. The scene would continue as early as 6 AM on gameday at Bovi’s again.  A little morning “refreshment” with alumni from both schools (John Bovi was a LSA grad, but was loved by Townies), some bravado predictions and then off to the big game.  And who can forget, rushing home to that great turkey dinner with relatives and friends!

The Real Tradition Has Ended.
Sadly, the big game is no more.  It really ended years ago.  Generations of Townie and Ram fans will never know the intensity that once existed.  The RI Interscholastic League (RIIL) Principal’s Committee on Athletics recommended, and most high schools voted to change the state football playoff format.  "Beginning in 2014 all Thanksgiving Day “League games” must be played during the regular season.  As a result, all semifinal games will be played on the Friday before Thanksgiving. The traditional Thanksgiving Day games will be played as in the past as “non- league” games. Divisional championship games will be played a minimum of seven days after Thanksgiving," said then RIIL director Tom Mezzanotte.  By the time East Providence and LaSalle play each other on Thanksgiving, a Super Bowl champion will already have been crowned and the season is basically over.  During those competitive years, the game usually had impact on a state championship.  Both teams were often competing for a state title through Thanksgiving.  It was Red-Sox-Yankees, Ohio State-Michigan, at the high school level.  Throw out the standings.  On any given Thanksgiving, both teams had a shot to win.  No more.  The new league format and recruiting and other factors have ended this storied rivalry as it was known.

"The change in the format certainly had an impact on the Thanksgiving game," said La Salle's athletic director Ted Quigley. "When I became La Salle's AD in 2000, it was close to the peak of the rivalry. Everything about the game was magnified. In the 1990's. Ken Reall (former EP AD) started the "Good Faith" dinner prior to the game. It was attended by the coaches, captains, and administration from each school.  Phil Ricci (former EP AD) and I continued the tradition and expanded it to include all the seniors on each team. That lasted almost 20 years. The 2001 game was probably the most watched high school football game in Rhode Island in the past 50 years. People were sitting along the grass berm by the main entrance because the bleachers were full. Both teams were undefeated coming into the game and the atmosphere was electric.  Each year, if the game wasn't being played to determine a champion, it was played for seeding in the playoffs. Once the game became a non-league game, much of the excitement was lost," added Quigley.

"Because the game is now played after the playoffs are concluded and the state championship has been decided, it has lost its competitive luster. It has become, in essence, a glorified exhibition game. This is not the Thanksgiving day rivalry we all grew up with and enjoyed so very much. We are keeping tradition alive, but it is certainly a far cry from the glory years," said East Providence athletic director, Gregg Amore in a prior interview after the format changes.  “This is the longest in-state rivalry in Rhode Island. We are less than ten years from the anniversary of the first game in 1927. It would be a shame to see it end, but I am also realistic enough to know that not everyone feels that way," added Quigley.  Both Amore and Quigley agree that "tradition and pride still make it worthwhile to play the game but for how long.”  For some old Townie grads like me (1972), the rivalry will always exist, it’s just not the same.

All Things Must End:
With the near death of the East Providence-LaSalle football rivalry, other notable losses have occurred.  Long time EP and LaSalle football icons, Bill Stringfellow and Jim Deffley have died.  2020 saw the passing of John Bovi and his former iconic Bovi’s Tavern closed and was razed a few years ago.  East Providence High School has been knocked down and a new state of the art campus with its own sports stadium has opened.  The new EPHS is a positive for the city but still represents a sad passage of time.

Football Scores:
The Townies football team has been re-building, of sorts, with a brand-new football stadium behind its beautiful new school and the 2nd year under new coach Jonathan Stringfellow. COVID considerations are still causing considerations with the team.  East Providence has been improving and just made the state playoffs.  Toward the end of this past season, the Townies defeated Cranston East and Cranston West to gain playoff status but were edged out eventually by a tough Central High team.  The Townies played well against Central and finished the year with a non-league 26-22 win over Barrington High.  “We’re getting better and our future looks to improve,” said Stringfellow.

Old EPHS Football Tapes for Sale
New Townie football coach, Jon Stringfellow is following in his famous Dad’s footsteps and has a surprise for fans and former Townie football players.  “After my dad passed, I was going through his old desk at home and began to organize years of his files and old reel-to-reel game tapes.  The silent type that teams would study after games.  Some former players from decades ago have come together to help with converting these old tapes to DVD’s.  The quality is surprisingly good and brings back many memories,” said Stringfellow.  “Details will be made known very soon and players and fans can purchase a DVD or several,” said the coach.  “A couple of generous supporters of this project don’t want recognition but will be thanking some people soon.”  Details will be made available here at the Reporter soon.

Townies Girls Soccer in Tourney Action
The East Providence High girls soccer team finished an exciting season with a semifinal playoff loss to unbeaten Chariho, 7-4.  The 12-4-2 Townies had a very successful run toward a state championship.  “I have nothing but praise for the Chariho team,” said Townies coach Angelo Pizzi.  “Two of our four losses this year were from them and they are a very good team.”  The Townies scored first and held an early lead but couldn’t hang on for the upset win.

“I’m very proud of these girls.  They are an awesome group both on and off the field,” added coach Pizzi.