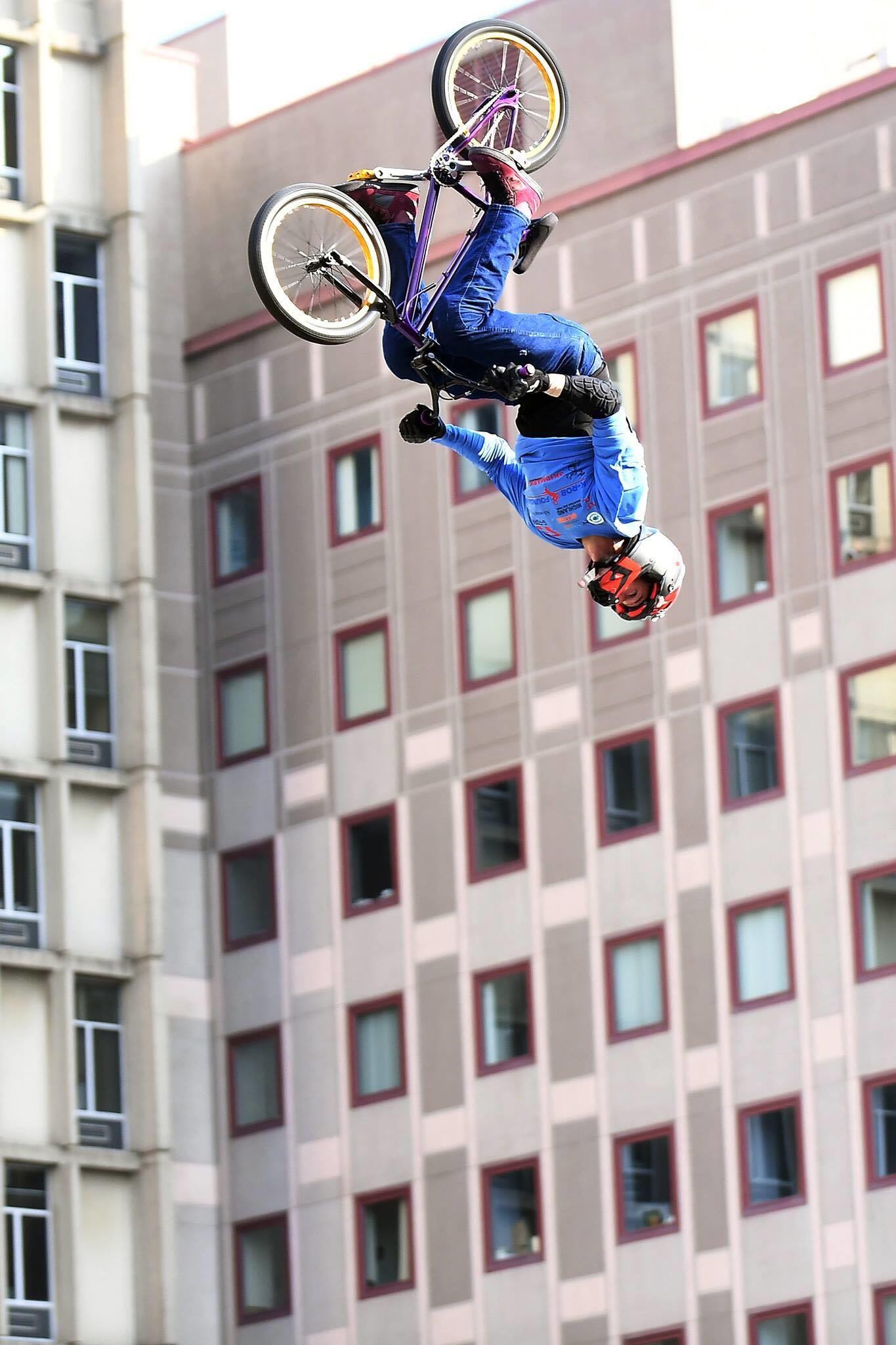 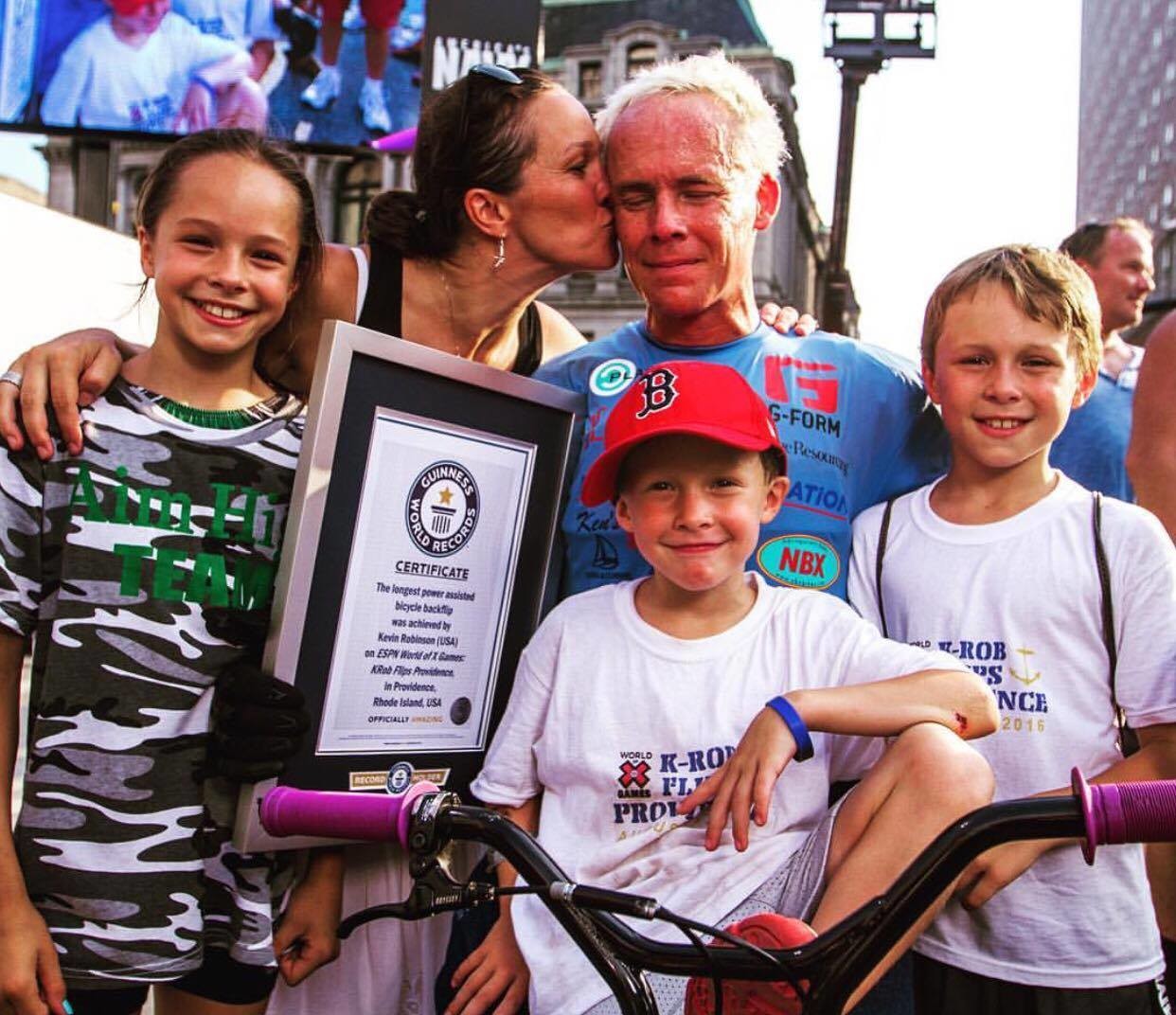 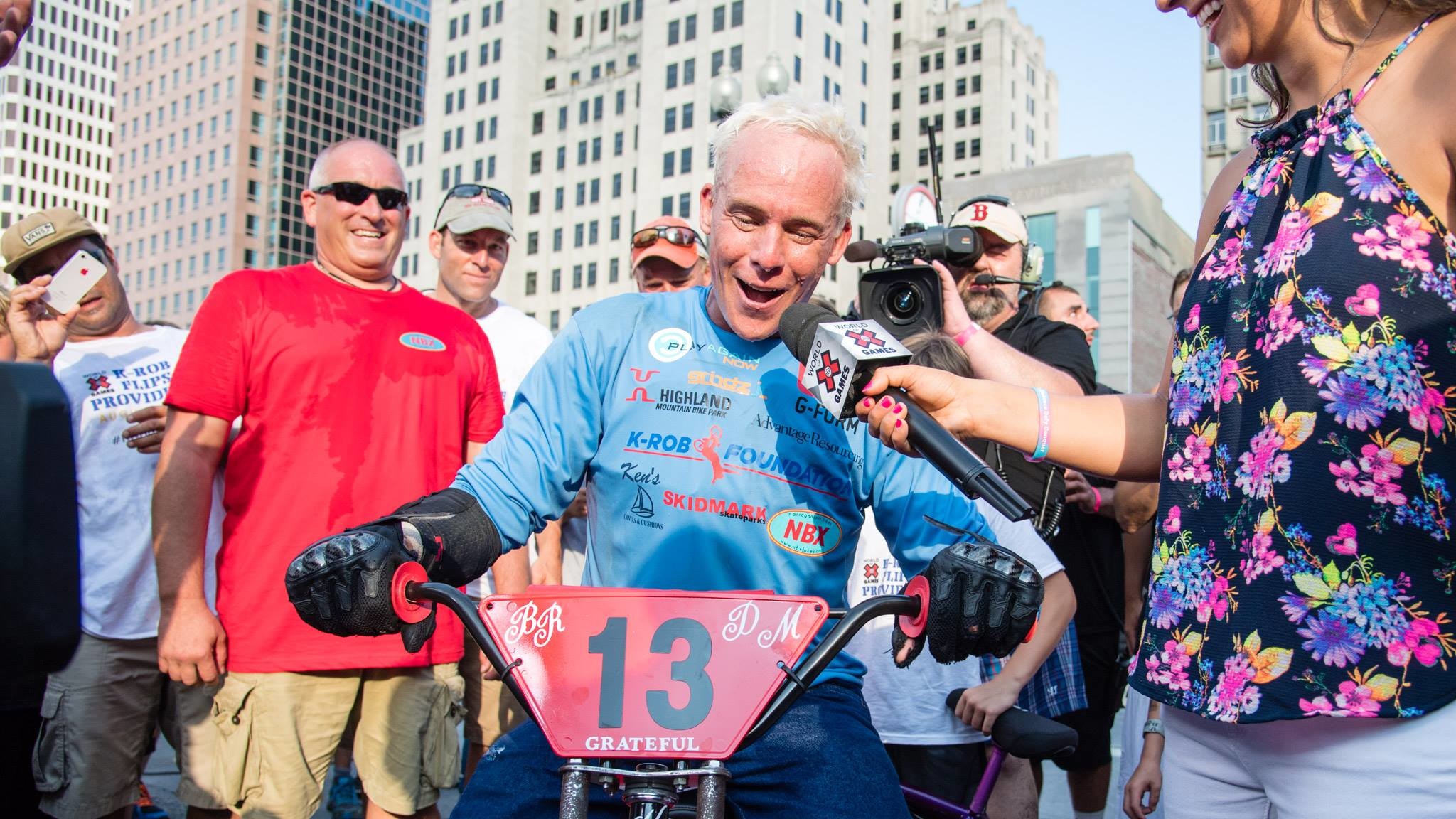 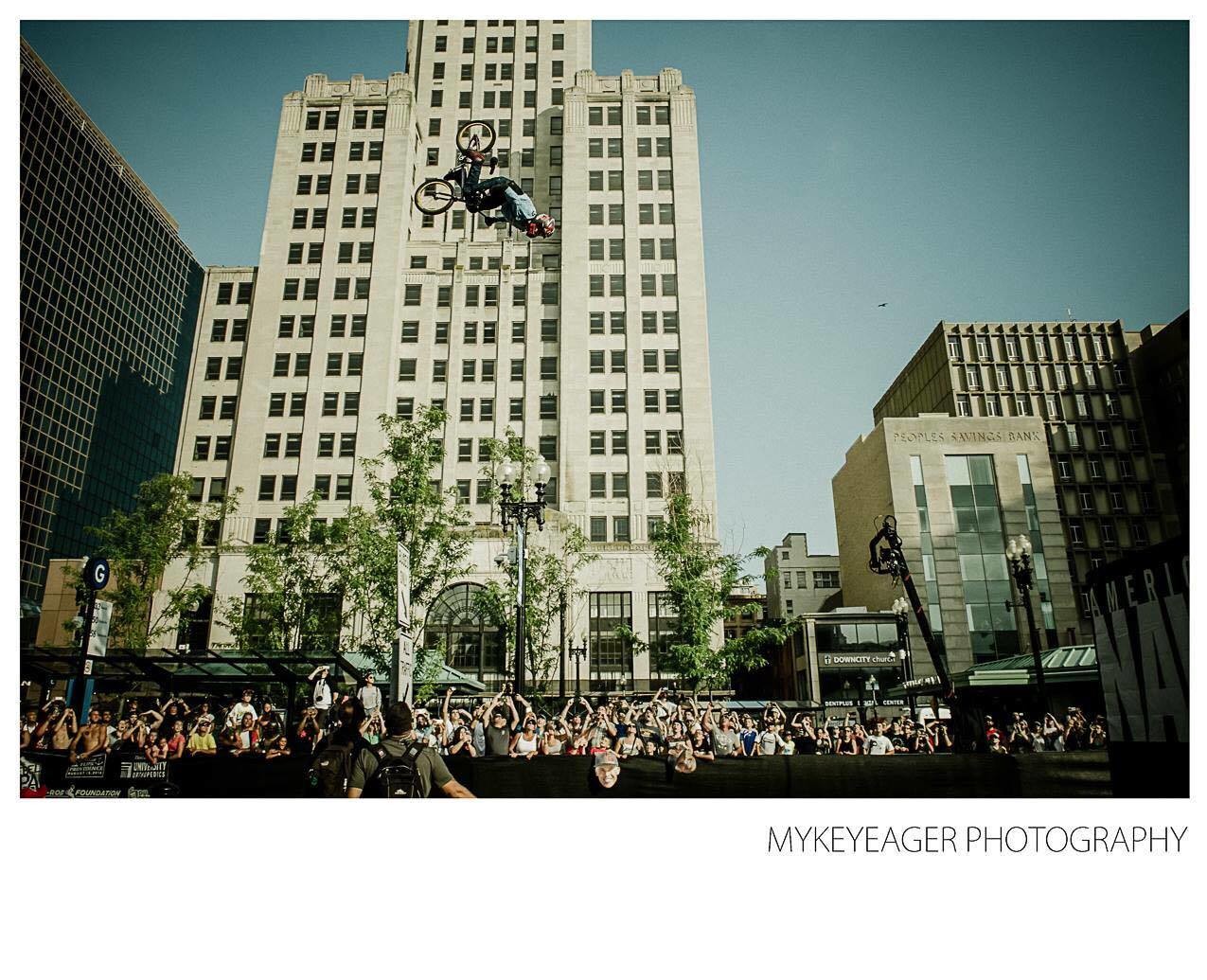 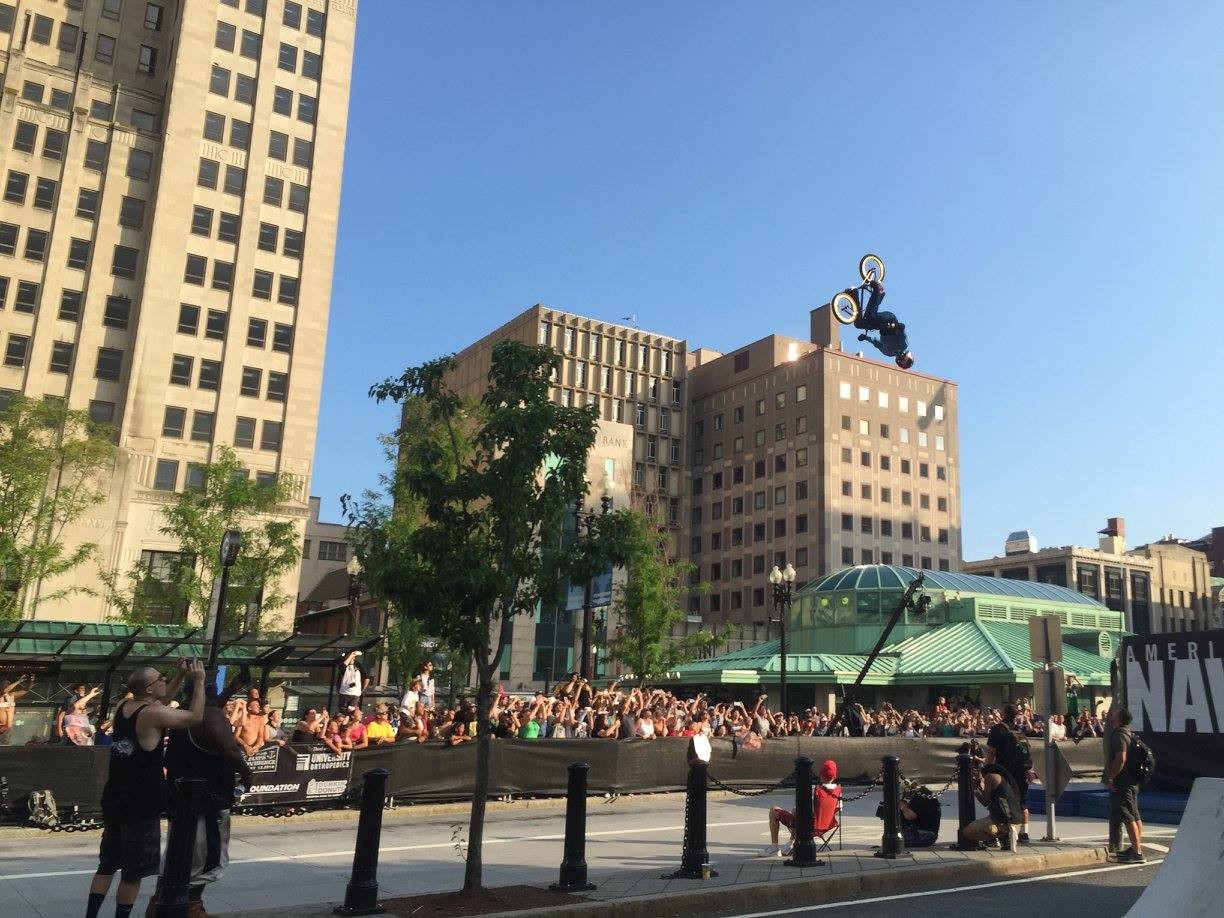 East Providence native and EPHS Hall of Famer Kevin Robinson, known to thousands world wide as K-Rob, earned a Guinness World Record title when he established a new record for the longest power assisted bicycle backflip in history last month. Robinson soared over 80 feet in the air near Providence City Hall and over two X Games BMX ramps. The event was televised worldwide on ESPN. A former champion professional BMX rider, K-Rob dazzled the large crowd by breaking the record on his second try.

His first try had the crowd gasping as Robinson hit the ramp's top and appeared to be injured. After being examined by rescue officials K-Rob tried again and this time he set a new world record with his jump of 84 feet.

"This Guinness Record is a very proud moment for me. Not only because of the record itself, but the process it took to get there. This record represents the love for family, the loyalty of friends, commitment, and the pure determination to make a dream a reality. I'm proud to represent the great state of Rhode Island and the folks that live in it," Robinson told the Reporter in a post-jump interview.

Robinson said he had a special reason for coming out of retirement and selecting Providence, RI as an event location. "In all the yrs of my career my parents haven't been able to be at my big achievements in person. That's the main reason for doing this entire event. The 1st X games in 1995 started here in RI. I did a promo for a newspaper bunny-hopping my Dad right here in Kennedy Plaza. Life comes full circle. Here we are again some 20 plus years later in Kennedy Plaza and once again I'm jumping over my dad on ‪‎world-of-xgames, just a bit bigger this time," smiled Robinson.‬

The entire Robinson family and large fan base showed up in person to cheer on K-Rob. "Bringing the folks of Rhode Island together, giving my dad the best seat in the house, me flipping with the great Providence skyline as the backdrop made this a special day."