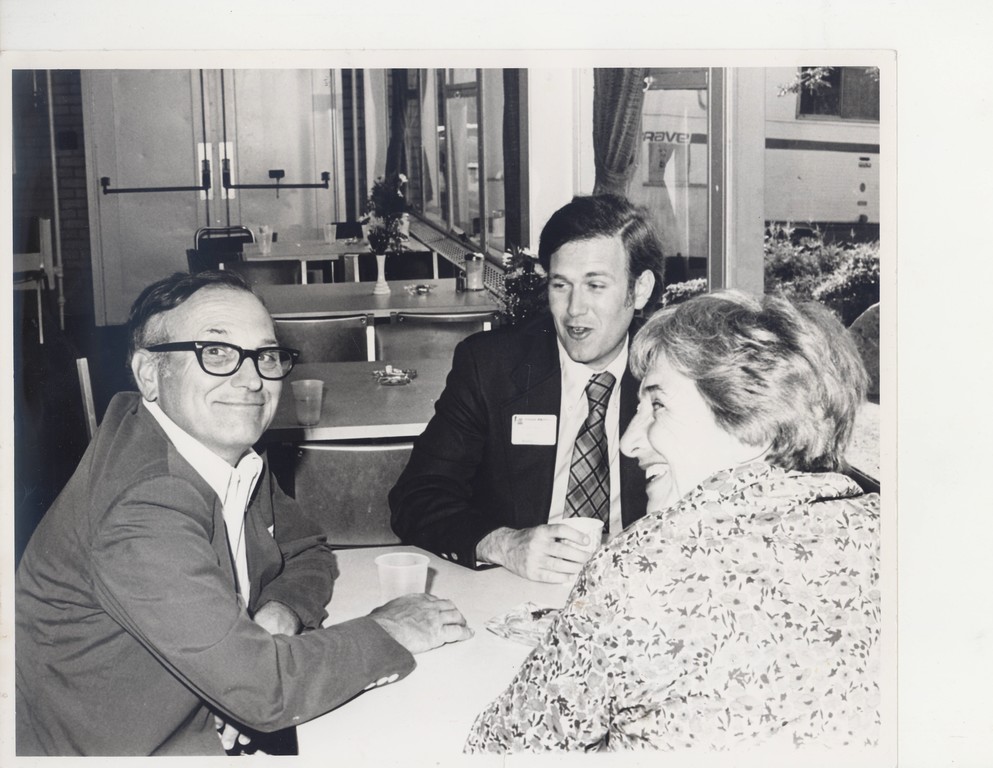 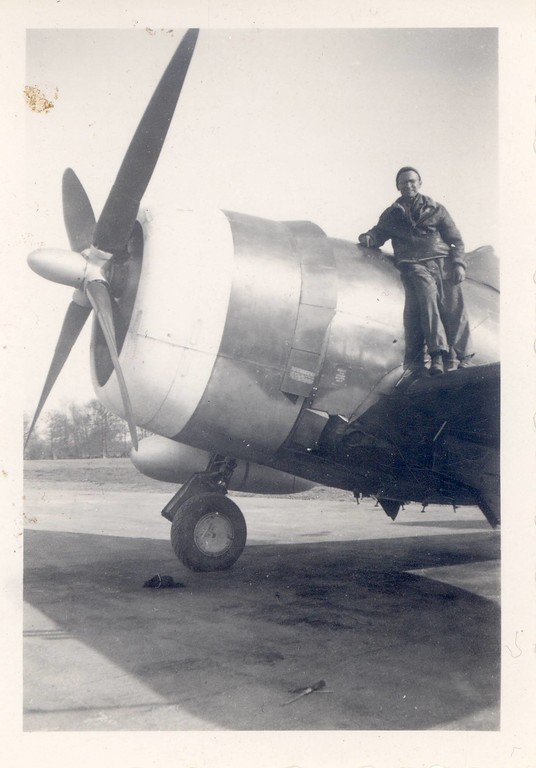 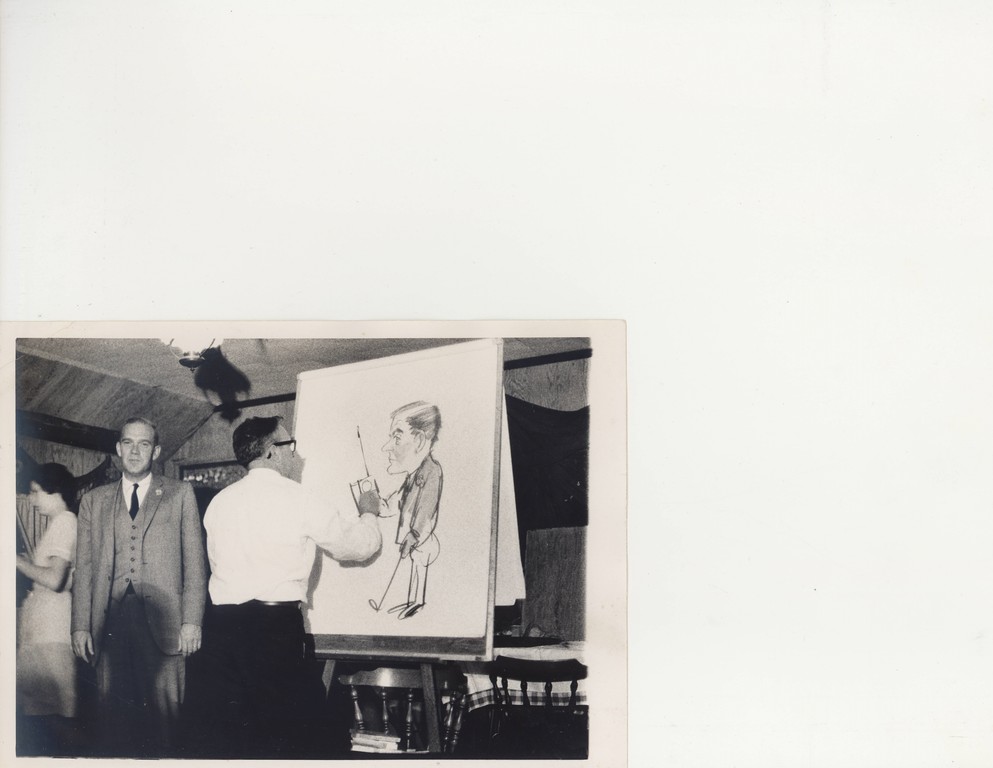 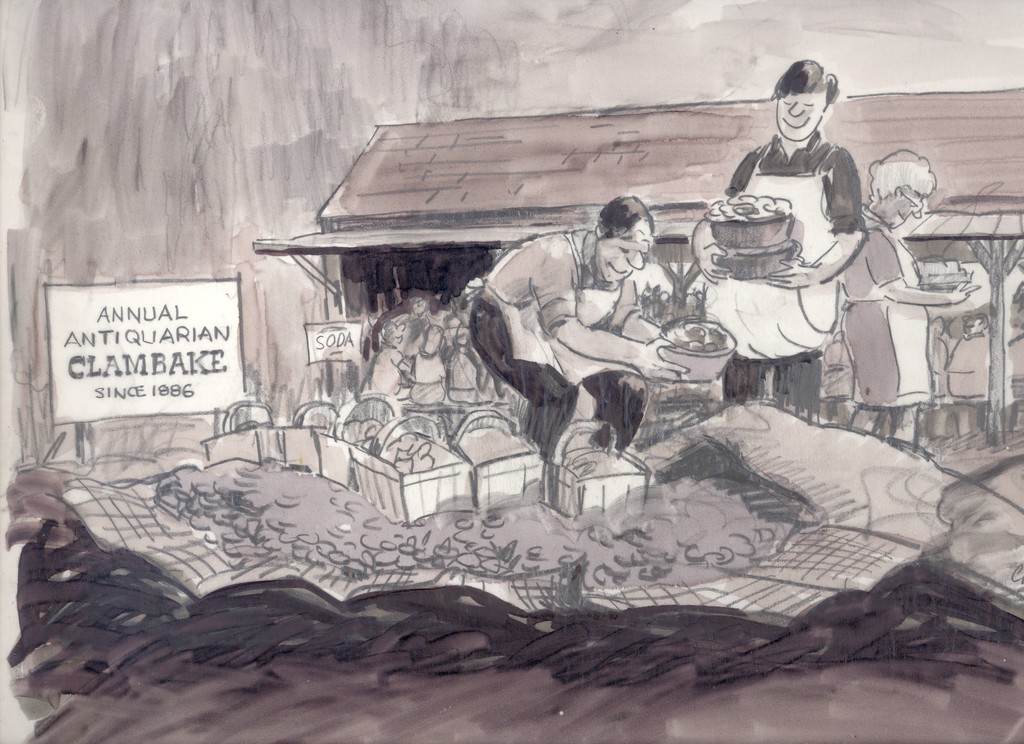 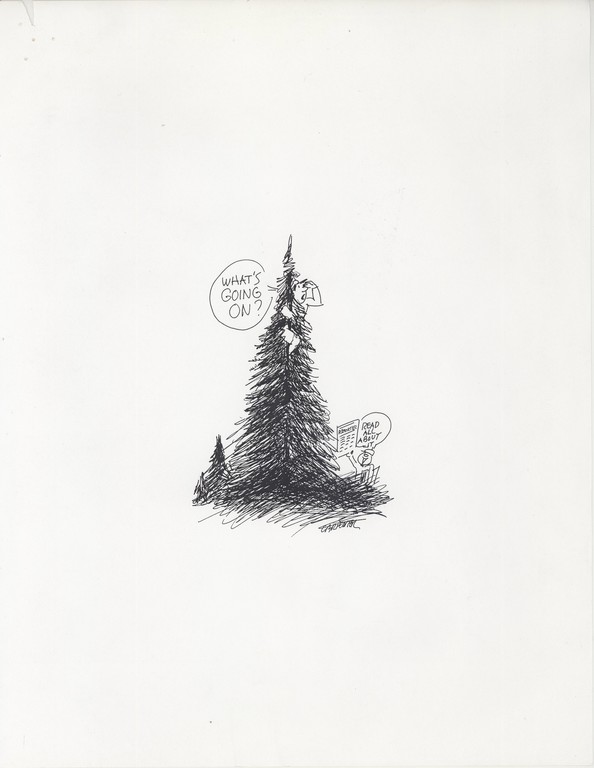 Joe-s Cartoon in the 1st Issue of The Reporter! 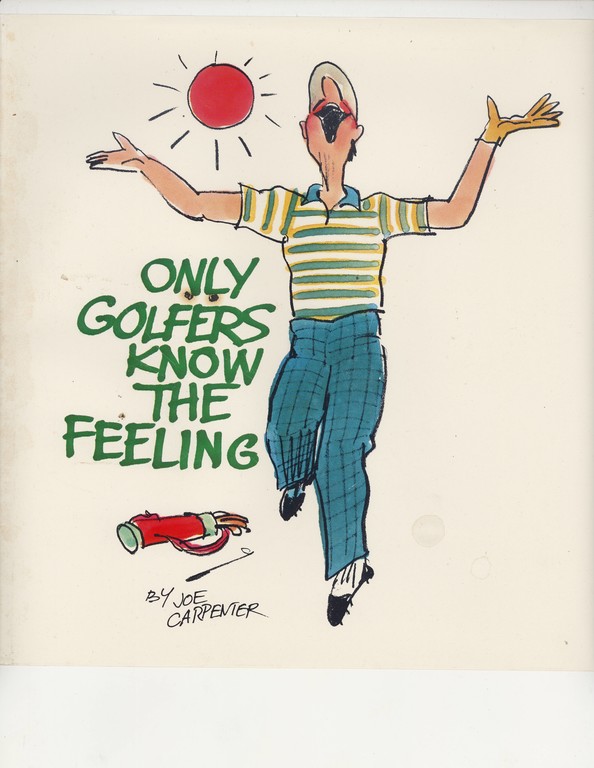 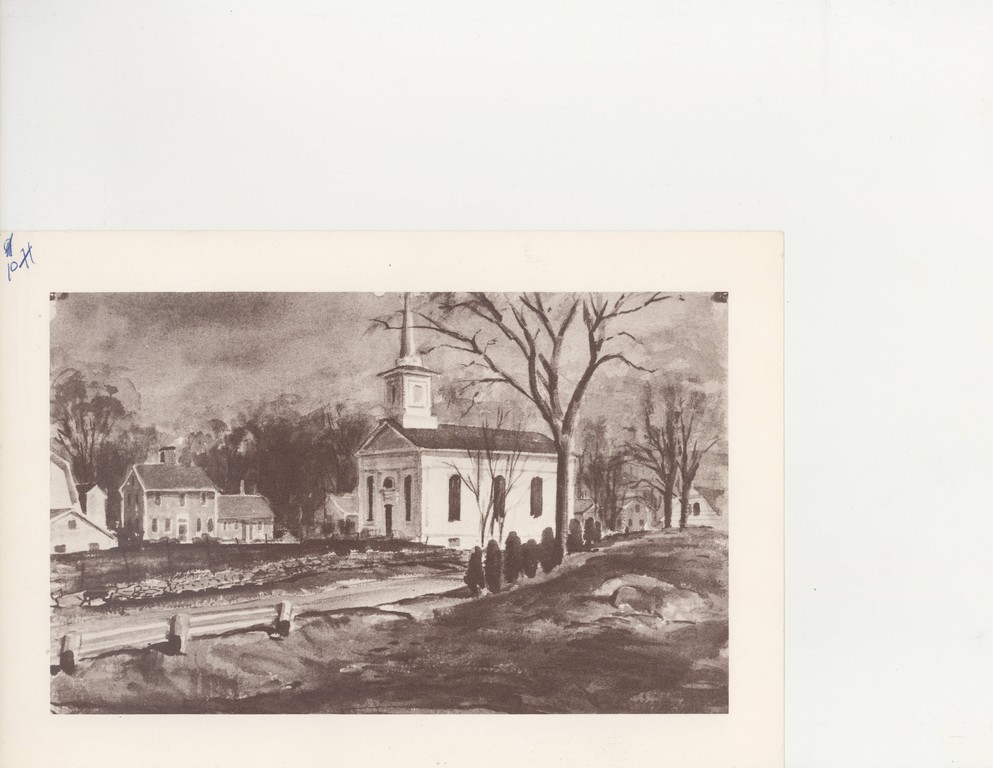 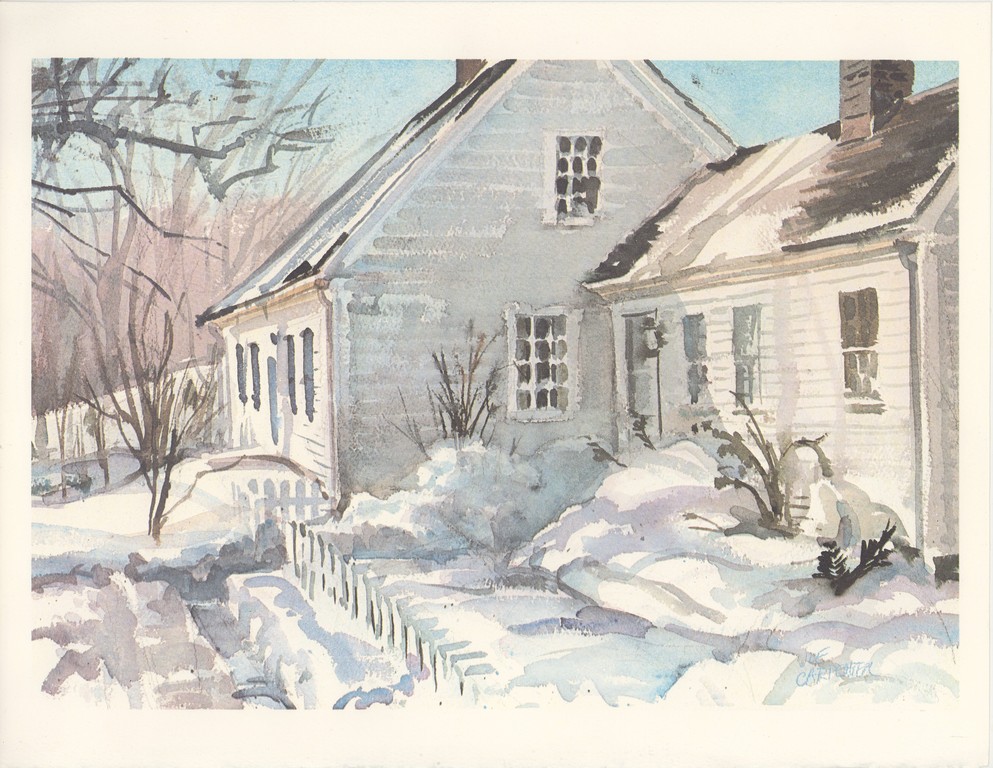 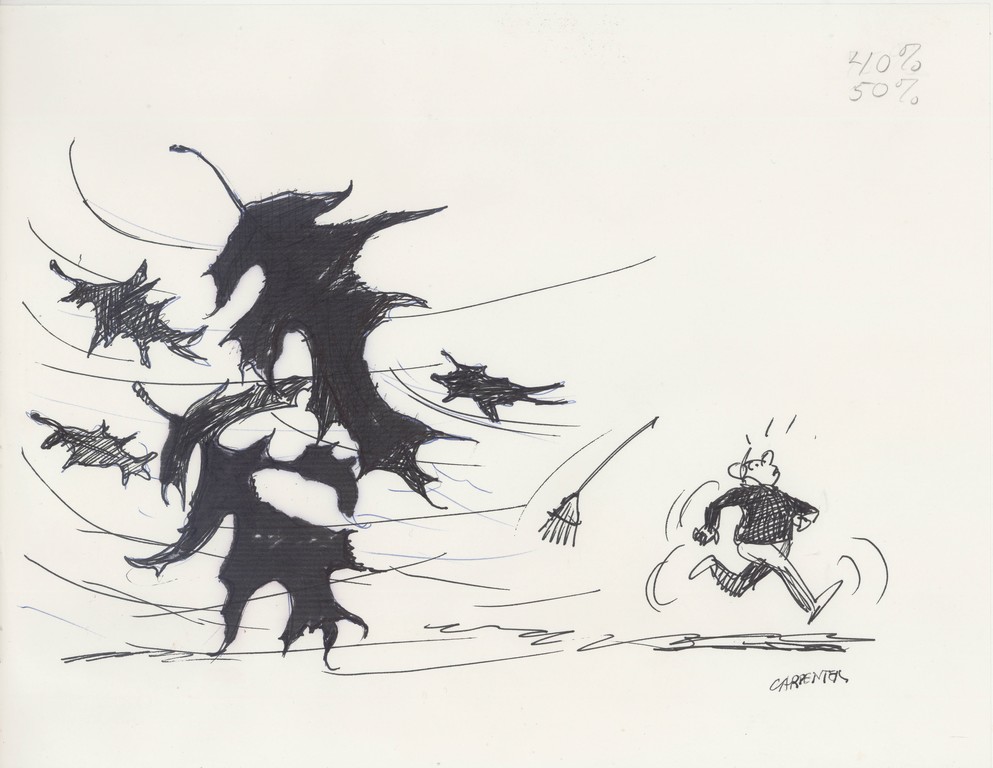 Joe and I may have first met in July 1942 at the Peck family reunion, held each year on the old Peck forge privilege on Pond Lily Avenue, Rehoboth, but since neither of us remembers seeing the other one there, we could not have made much of an impression on each other, but then Joe was five years older than me.
For the next ten years we went our separate ways: military service, college, marriage, and finally settling down in Rehoboth. It was through our wives, Nancy and Jean, who were both teaching at the North Rehoboth School in the early 1950s, that Joe and I met again; the beginning of a long friendship.
For his first ten years, Joe lived in Providence, moving with his family out to Rehoboth in the early 1930s to live on part of the old Carpenter Homestead on Bay State Road in Rehoboth, the ancestral home of Joe and many other Rehoboth Carpenters. Later, when Joe was married to Nancy, the couple moved a short distance away to an old house on the corner of Elm and Mouton Streets, which they beautifully restored and where they lived for the rest of their lives.
Joe’s roots went back to the earliest settlers of Boston and Rehoboth, beginning with William Carpenter’s arrival in Boston on the ship Bevis in 1638 during the “great Puritan migration,” and later, to William’s descendent, Deacon Thomas Carpenter settling on what is now Bay State Road, in the early 1700s, where some of his descendants continue to live 300 years later.
After Joe retired as the art director of Fram Corporation in East Providence, I would often find him working on some art project in the studio he had built in the rear of an old barn a short distance away from his back door. As our vocations were poles apart, his art and mine engineering, I was always impressed with the art he was working on and other pieces of his art lying around the studio, some finished, some unfinished, and some experimental.
Considering how artistic he was, I was surprised when he told me that the Army had made him an armorer in the Army Air Corps during World War II. His main job was to service the 50-caliber machine guns on the P-47 fighter planes in his squadron and load the guns with ammunition, but once his artistic abilities became known, he was given the additional work of painting scantily clad girls and printing nicknames on the noses of the planes.
The main purpose for my visit to Joe was usually to ask for his help in preparing and illustrating a brochure that a committee in town was putting out to urge the town’s residents to support their cause or event. They could be as varied as furnishing the artwork for the Green Gate Way Committee’s brochures urging the town voters to purchase and preserve the Redway Plain to drawing a bird’s-eye view of how Rehoboth Village looked in 1776 to use in Mighty Liberty Men, an account of the part Rehoboth played in the Revolution published by the Rehoboth Bicentennial Committee. Each year Joe would illustrate with cartoon characters the brochure the Antiquarian Society passed out at its annual clambake. The characters in the cartoons would have a strong resemblance to Joe and Nancy, as did the ones he illustrated their family’s Christmas card with each year. The portrait of Winsor Carpenter, the main supporter and financial benefactor of the revival of the Rehoboth Antiquarian Society, that hangs in the front hall of the Carpenter Museum was painted by Joe.
Joe was a strong supporter of all worthwhile town projects, cultural and political, but the Rehoboth Antiquarian Society and Carpenter Museum were his greatest interests. He would regale me with stories about what the Society was like during the 1930s and ’40s and with descriptions of some of the original antiquarian characters, a dying breed of old farmers not often found in Rehoboth today, who were still coming to the bakes. The bakes, the main source of funding for the Rehoboth Antiquarian Society and Blanding Public Library, were still a very popular event when Joe was a young teenager, but as the 1930s turned into the 1940s, the bakes became less and less popular. They and the revenue they brought in ended in 1953 upon the death at age 90 of Ellery Goff, the Society’s president and strongest supporter.
The next twenty years were a difficult time for the Antiquarian Society, but a few diehard, dedicated Antiquarians, Joe among them, managed to keep the Society and its Goff Hall and library functional until its revival in 1976 as part of the Bicentennial of the Revolution celebration in town. As a trustee of the Antiquarian Society for 26 years, Joe’s advice and continuity of knowledge of the Society’s goals and traditions back to the early 1930s were greatly appreciated and will be missed. The town has lost a valuable citizen and friend.
Atque in perpetuum, ave atque vale
(And forever, hail and farewell)
A partial quote from the end of the famous funeral oration by Catullus more than 2000 years ago.
A typical cartoon Joe Carpenter would draw to illustrate the front covers of a souvenir booklet passed out each year at the Rehoboth Antiquarian Society’s annual clambake. Joe began going to these bakes when a child and subsequently never a missed one. The cartoon characters have a strong resemblance to Joe and Nancy...
With the historical research given to him, Joe Carpenter drew this illustration of what Rehoboth Village looked like during the Revolution. It was used for the endpapers of Mighty Liberty Men, an account of Rehoboth’s part in the war and published by Rehoboth’s Revolutionary War Bicentennial Committee.

Note: The Carpenter Museum will be exhibiting some of Joe Carpenter’s work in the three display cases in the Tilton Room on our first floor. Museum visitor hours are Tuesday and Thursday 1-4pm, Sunday 2-4pm (except holiday weekends).