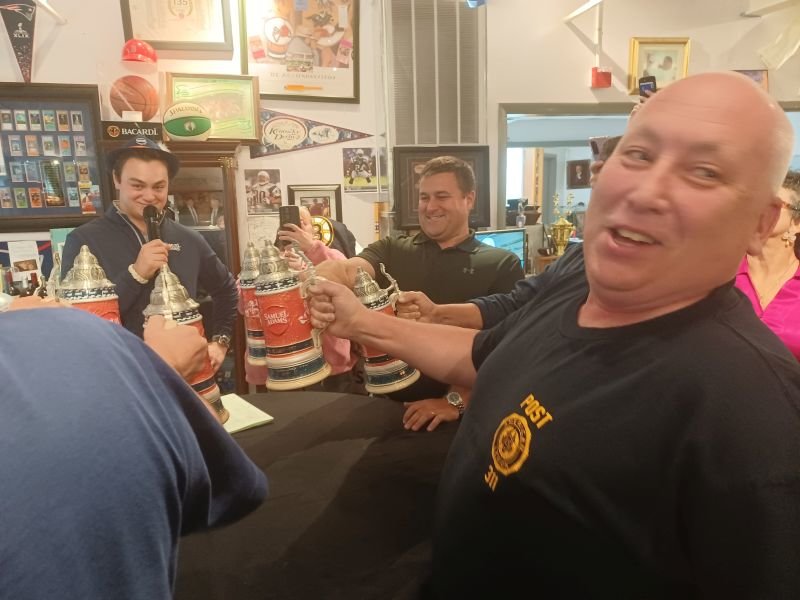 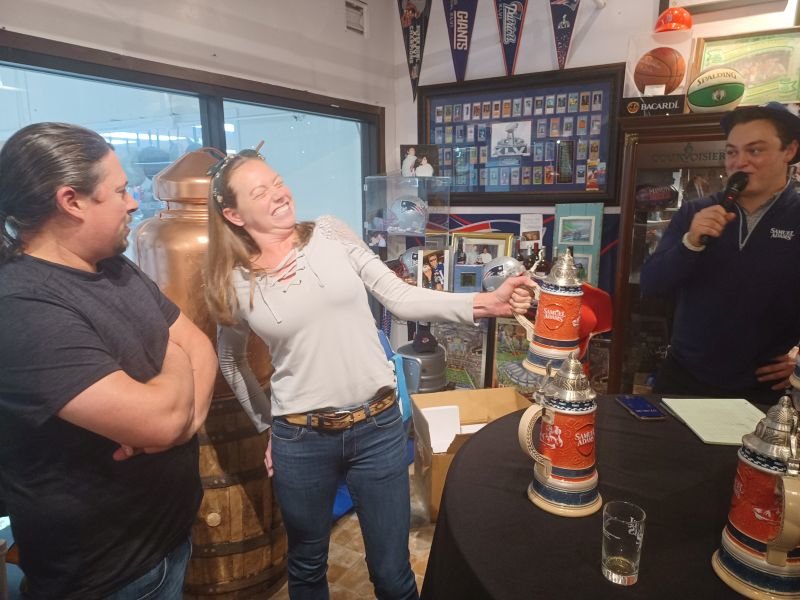 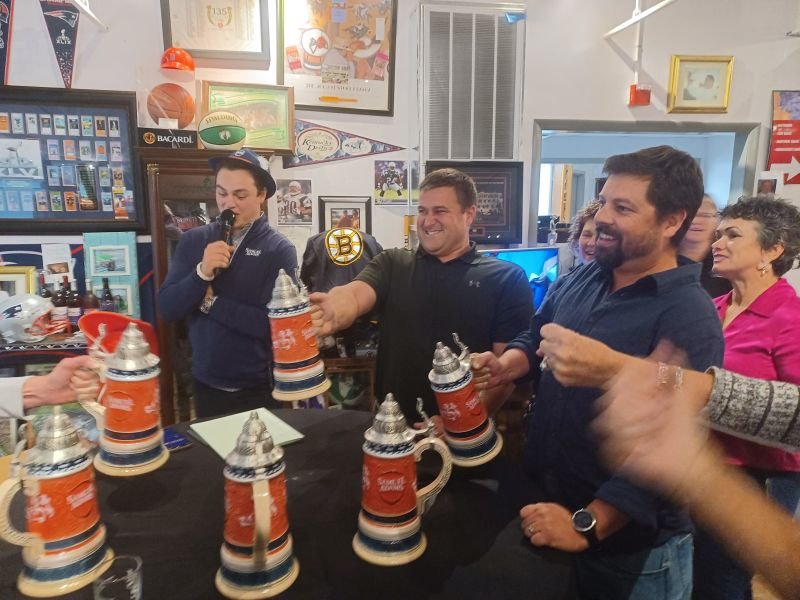 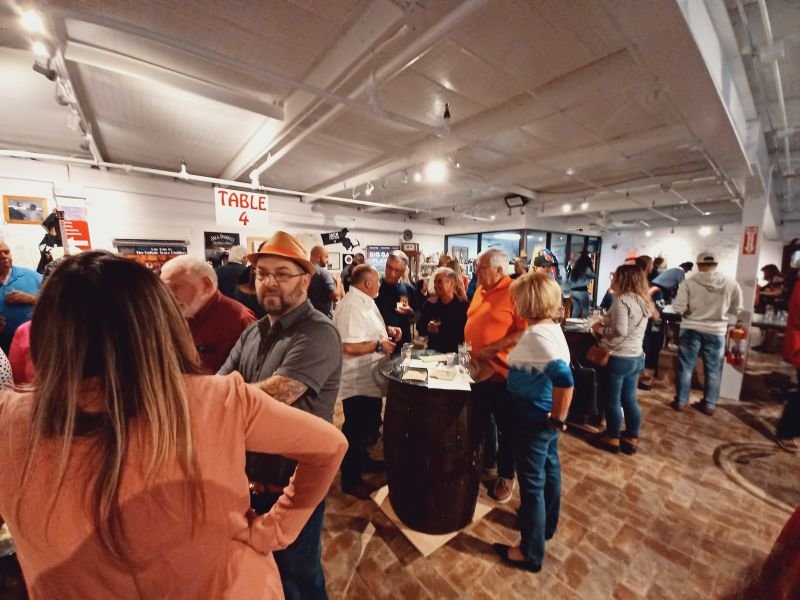 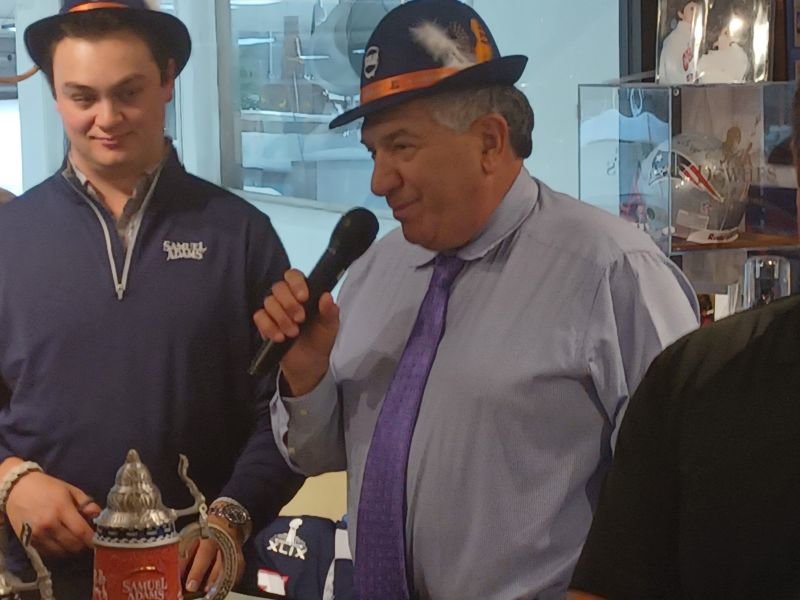 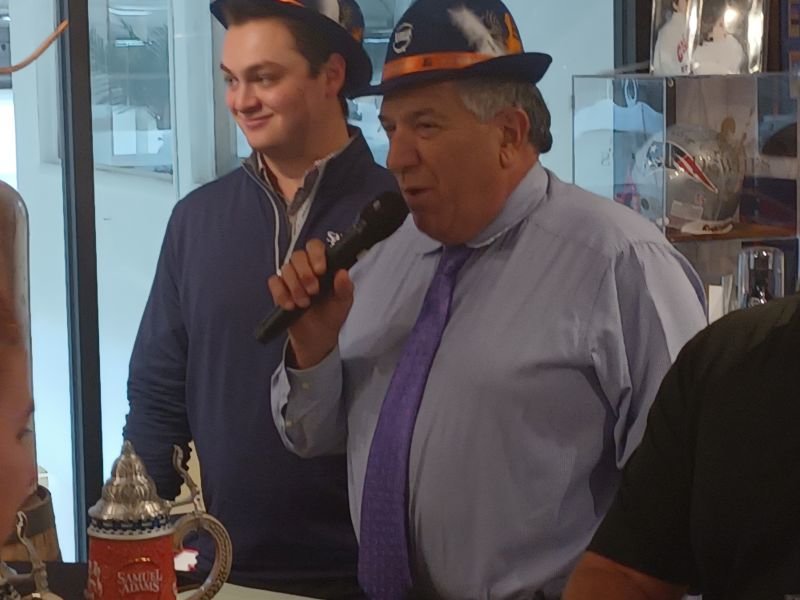 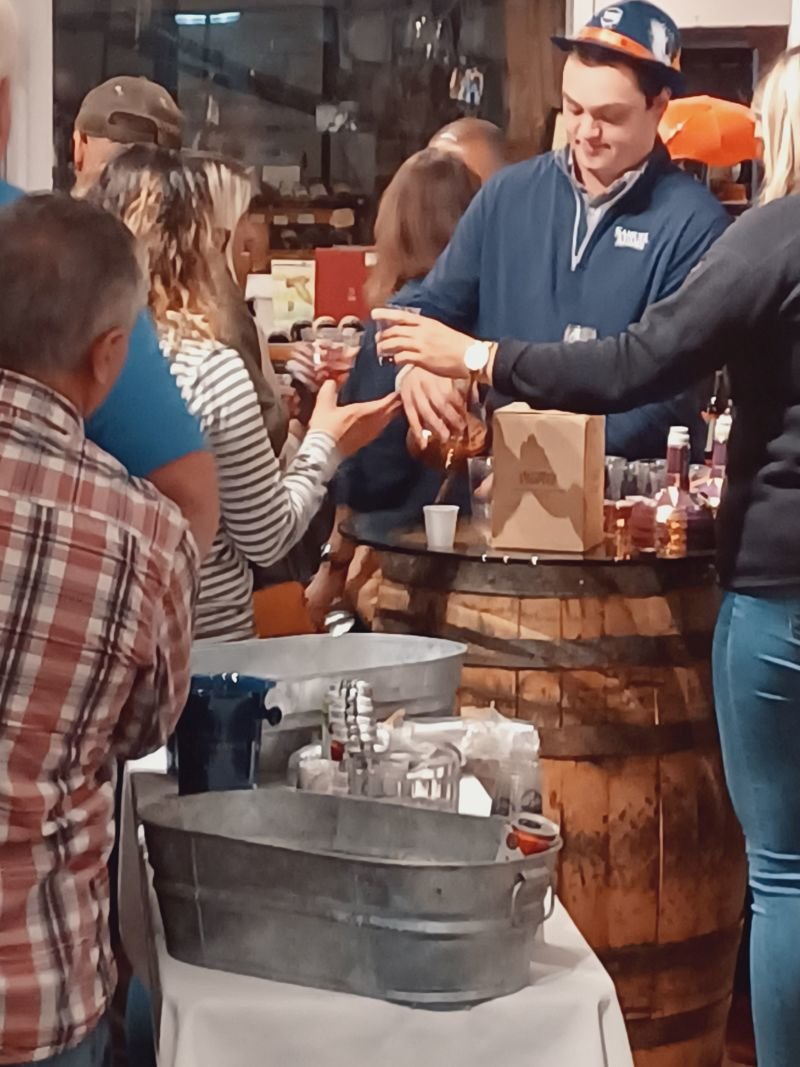 The Seekonk Lions along with the noble hosts at Chris Gasbarro’s Liquors in Seekonk raised over $3,000 at their Oktoberfest held September 30, 2021.

Over 100 people arose with anticipation to the event with representatives from Sam Adams with all their finest autumn beers including Octoberfest, Jack –O and a special treat the barreled Utopius. Bay State Wine in West Bridgewater highlighting bourbons’ and fine wines including Penelope Barrel Strength and Gnarly Head 1924 Bourbon Barrel Cab. Russel Morin’s Catering in Attleboro putting out a German feast of Brats Steamed in Beer with Cheddar Potato Pancakes. Along with raffles and contests throughout the evening, these fabulous vendors ensured a great time for all!

Joe Zito from TVMaitreD was also on board and filmed a segment for his show. Joe was having a great time with all the partakers. See segment with my protégé George interviewed by Joe here.

The Seekonk Lions want to thank Lion member Chris Gasbarro and his employees at Chris Gasbarro’s liquor for putting together an incredible memorable event that we look forward to having yet again next year!