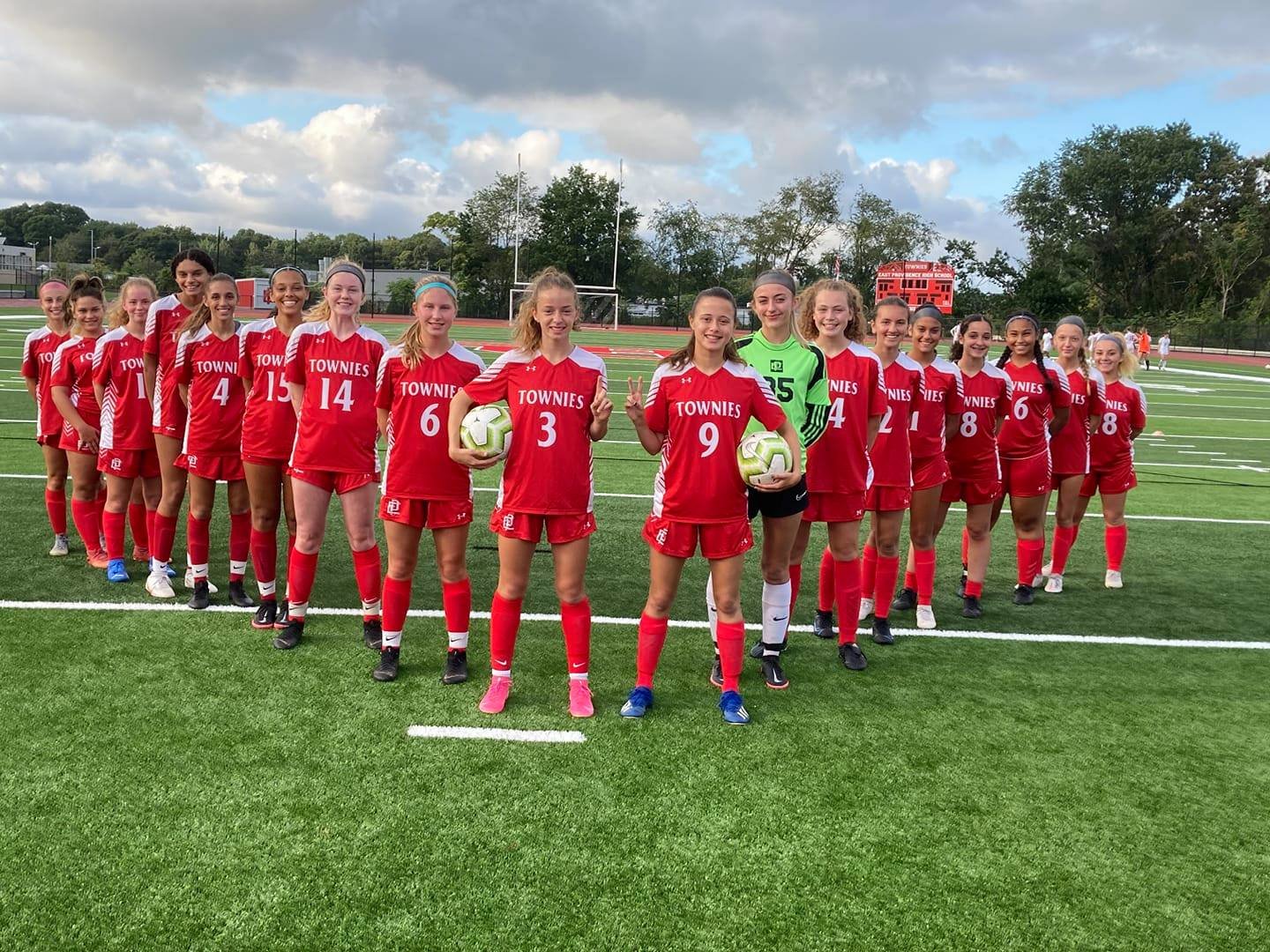 The EPHS girls soccer team was the first to compete at the new EPHS campus stadium. The first point scored was a goal by Jordyn Brogan. Townie girl power. 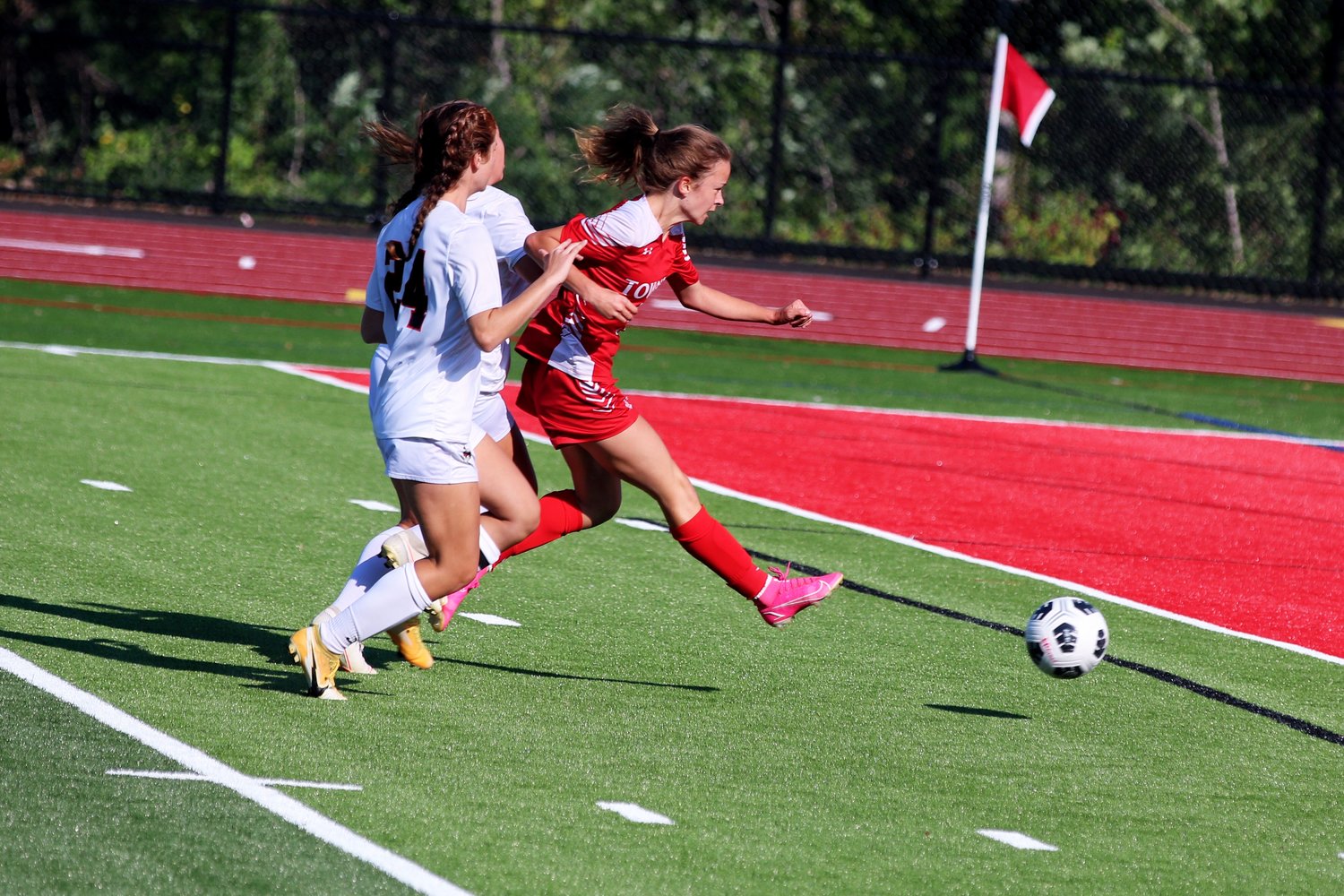 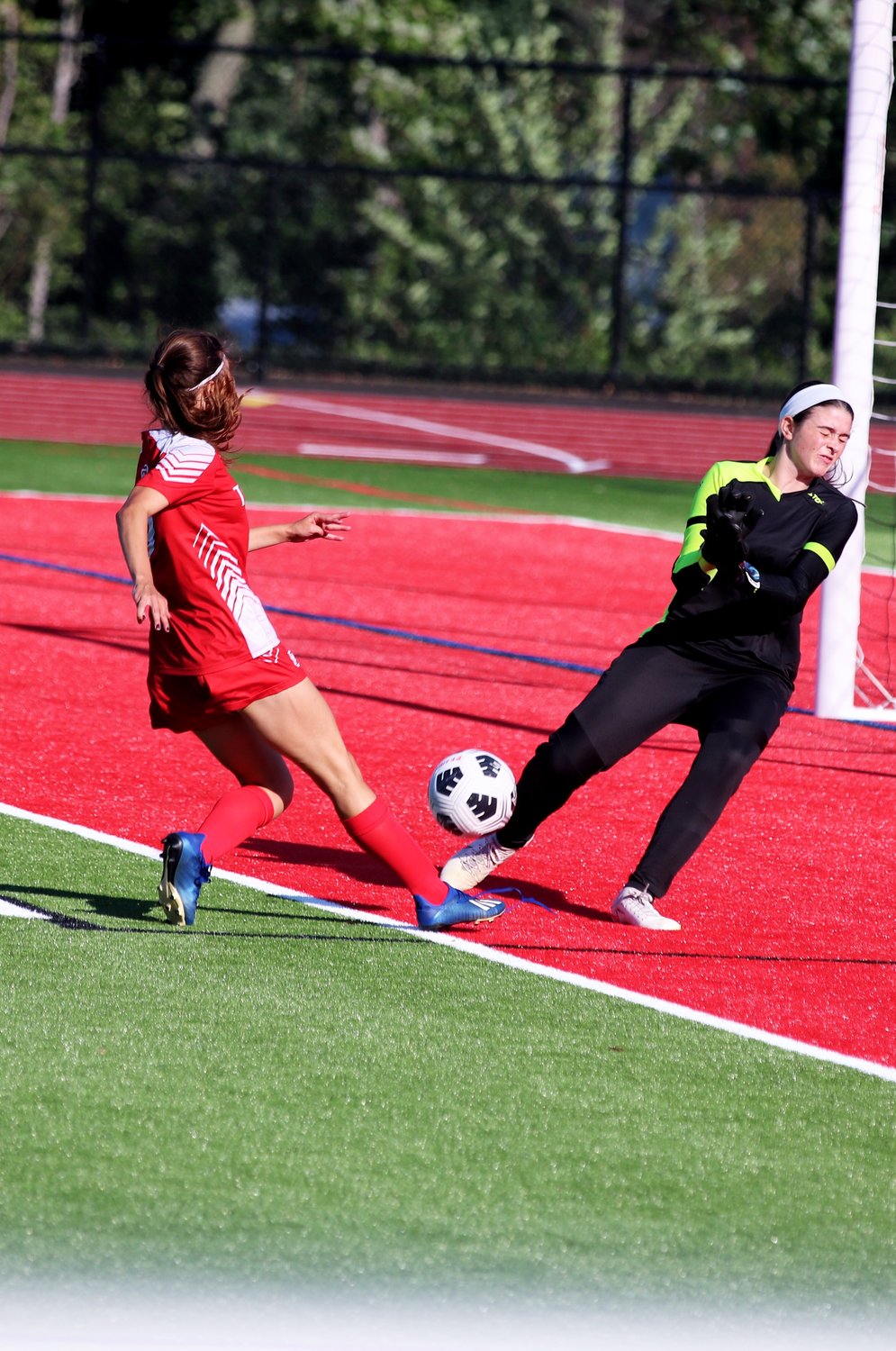 The Townies Ava Laroche scores against West Warwick in soccer 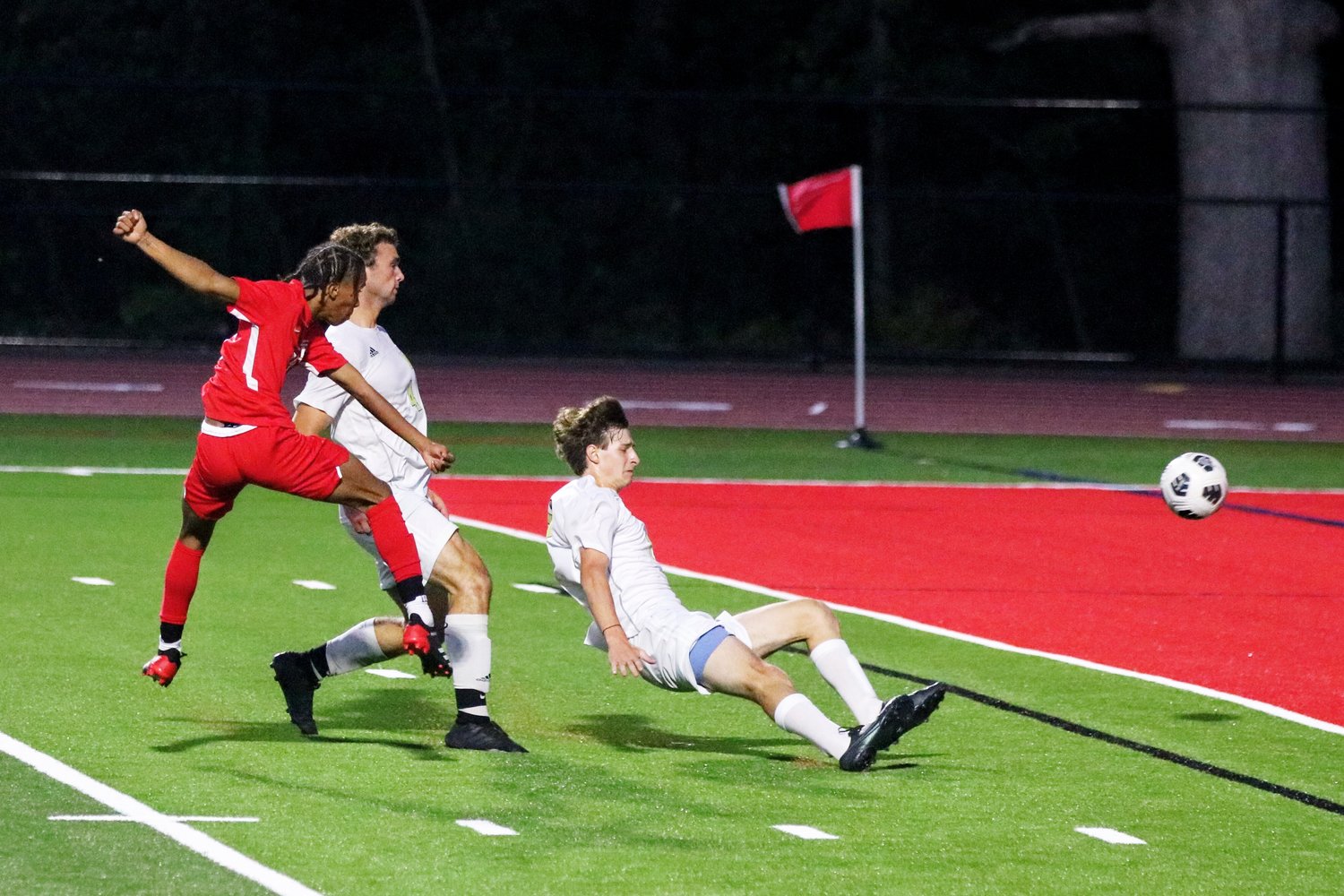 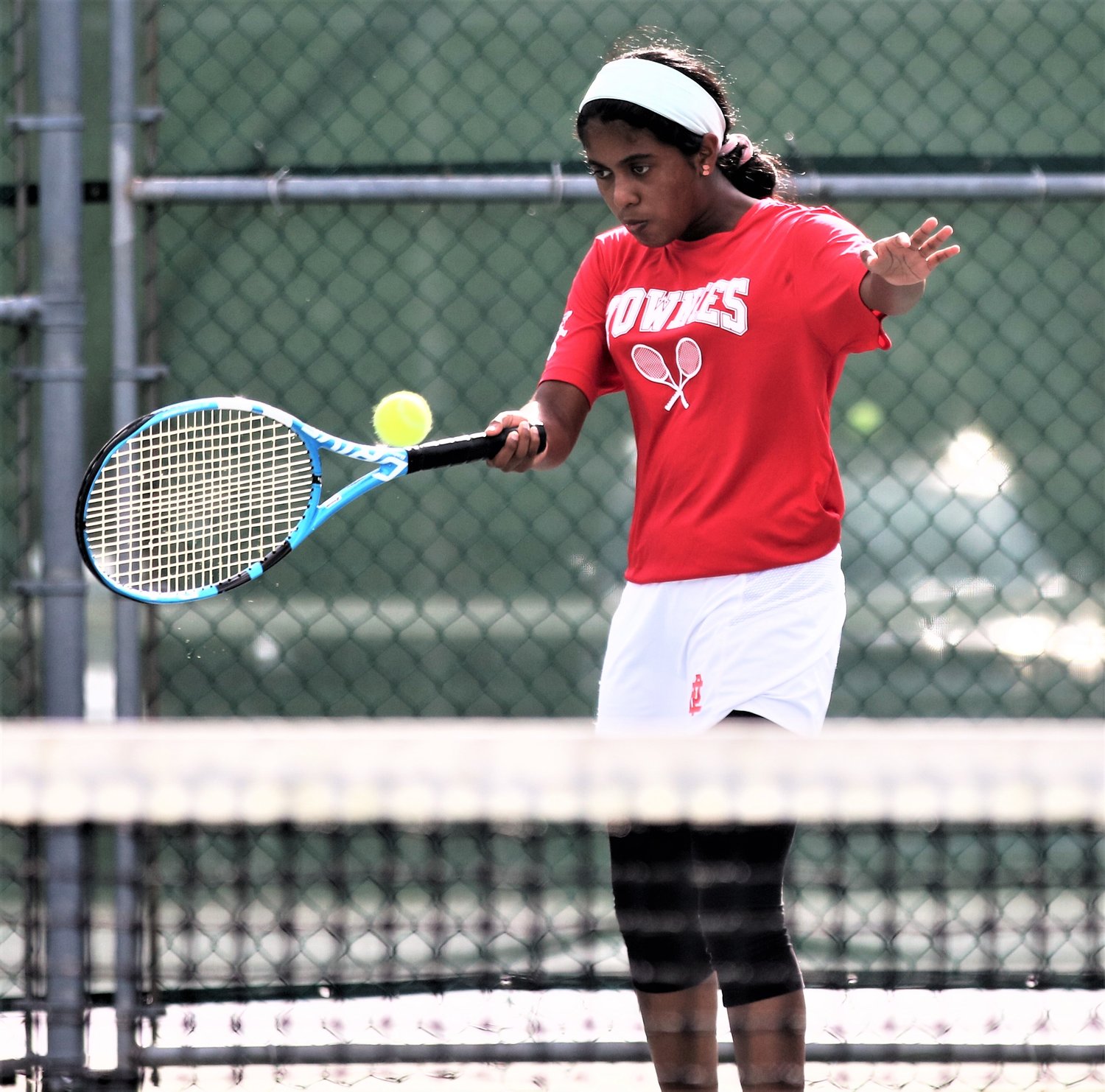 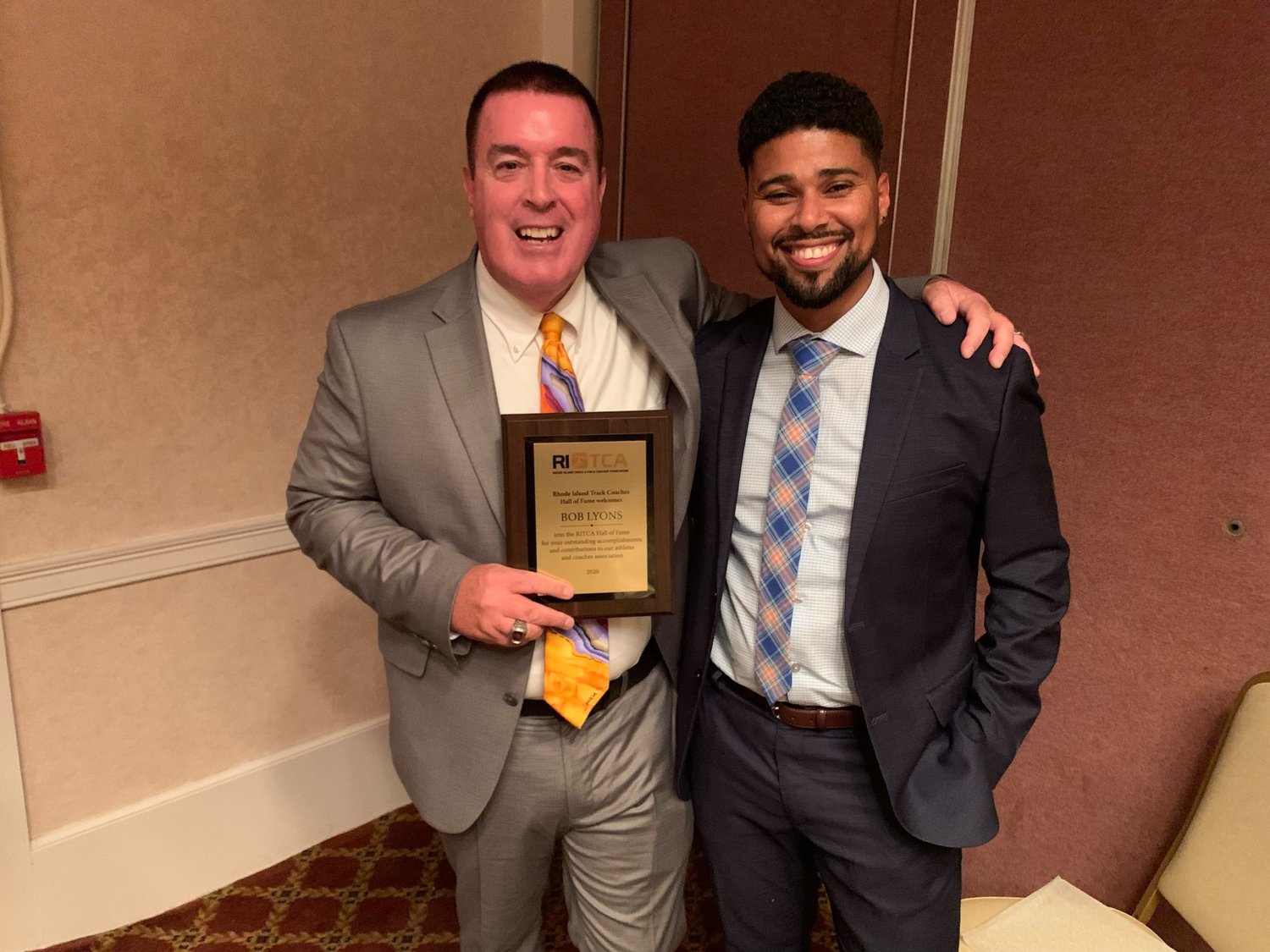 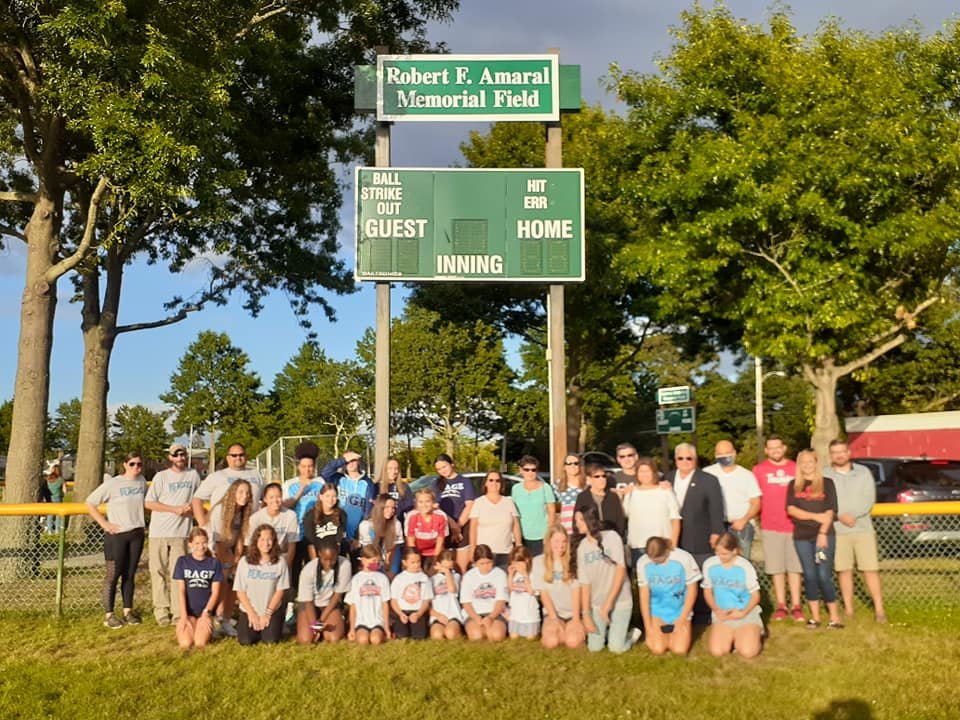 The family of the late Robert Amaral was joined by many athletes representing girls softball teams, little leagues and city school teams as the Amaral Field sign was unveiled at Pierce. 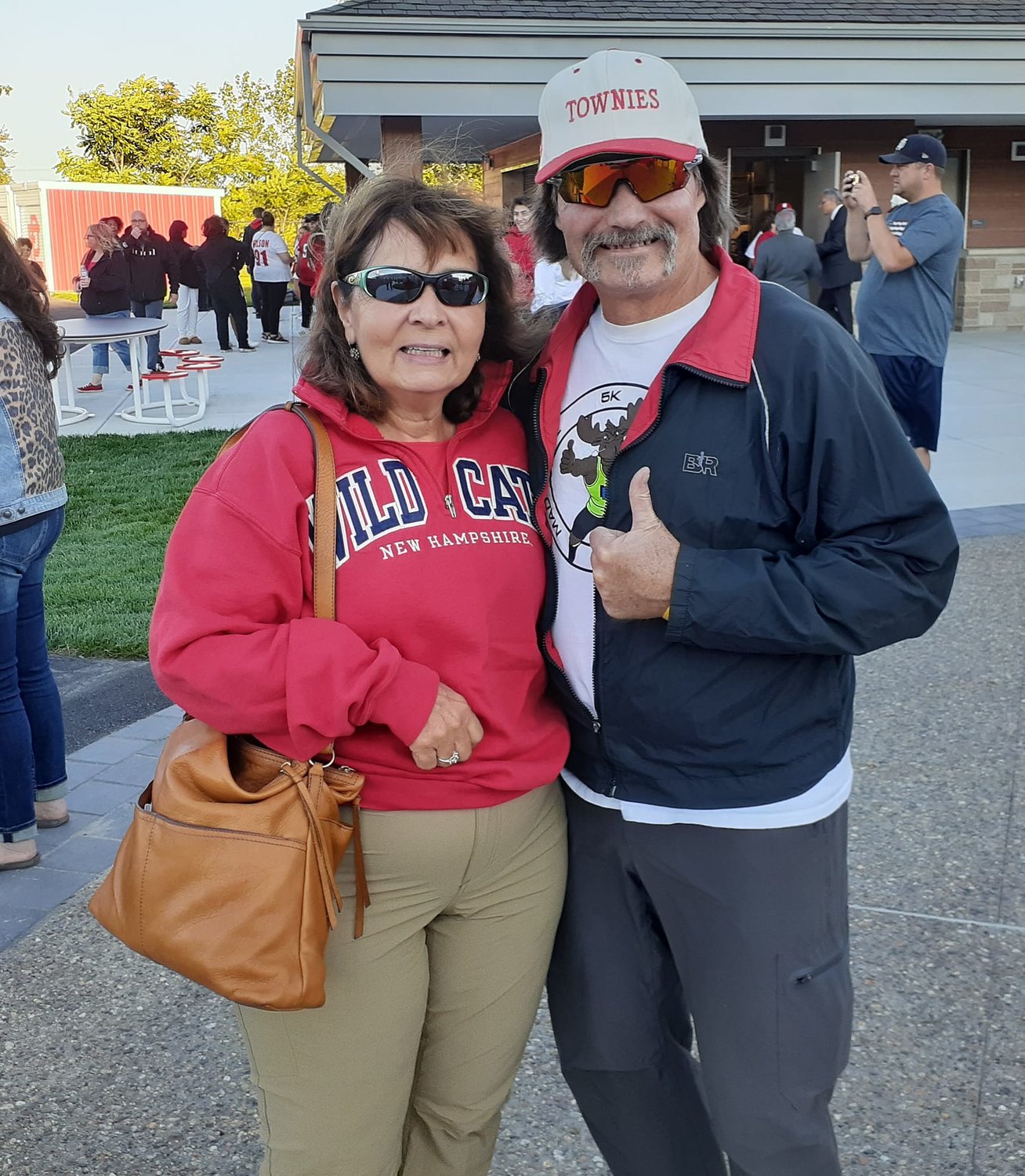 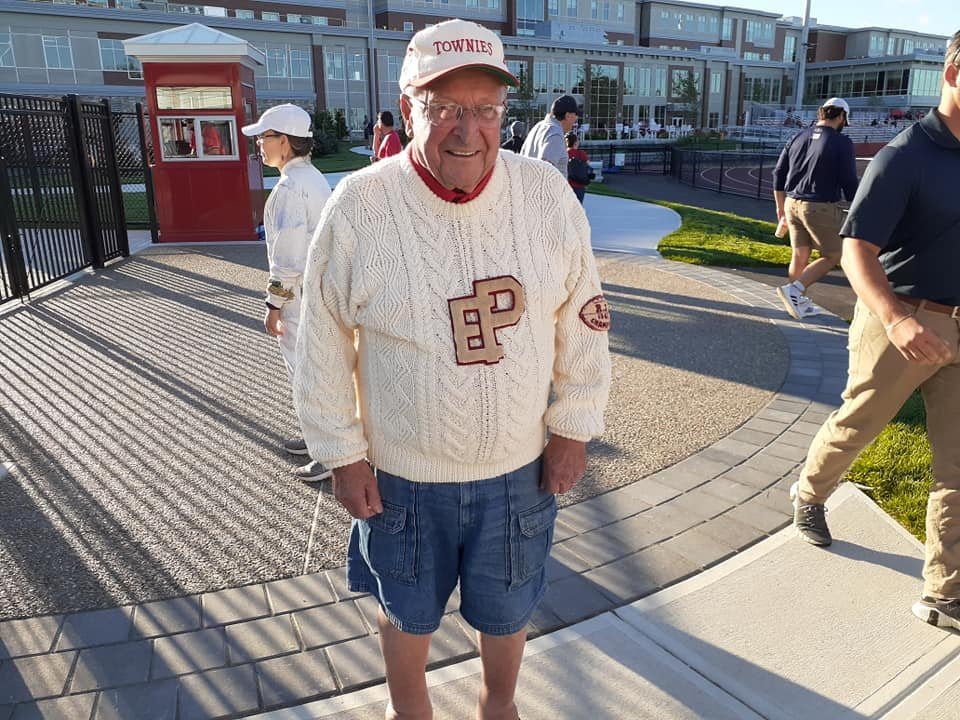 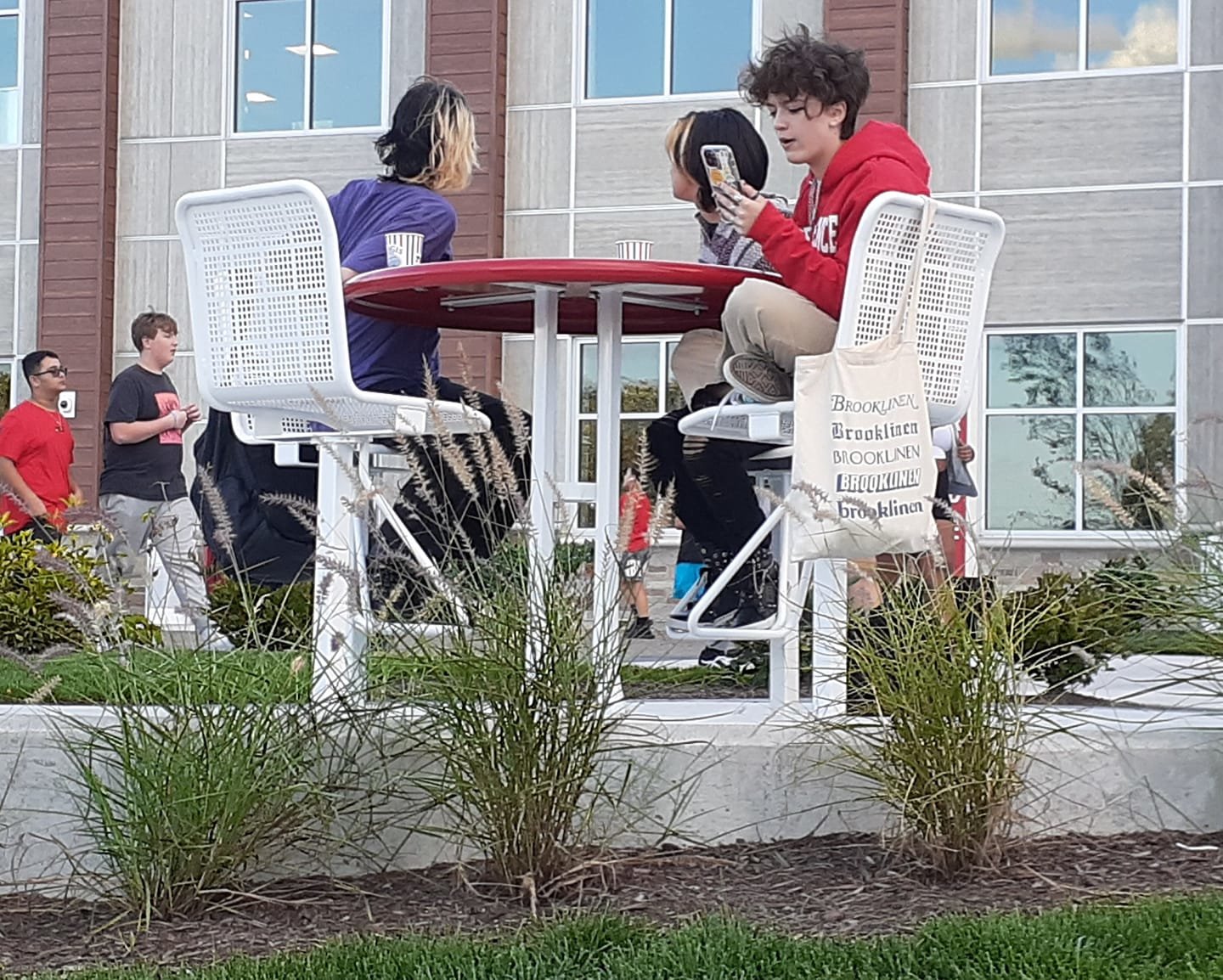 A cool place in which to watch a Townie game or just chill with friends. The brand new EPHS campus. 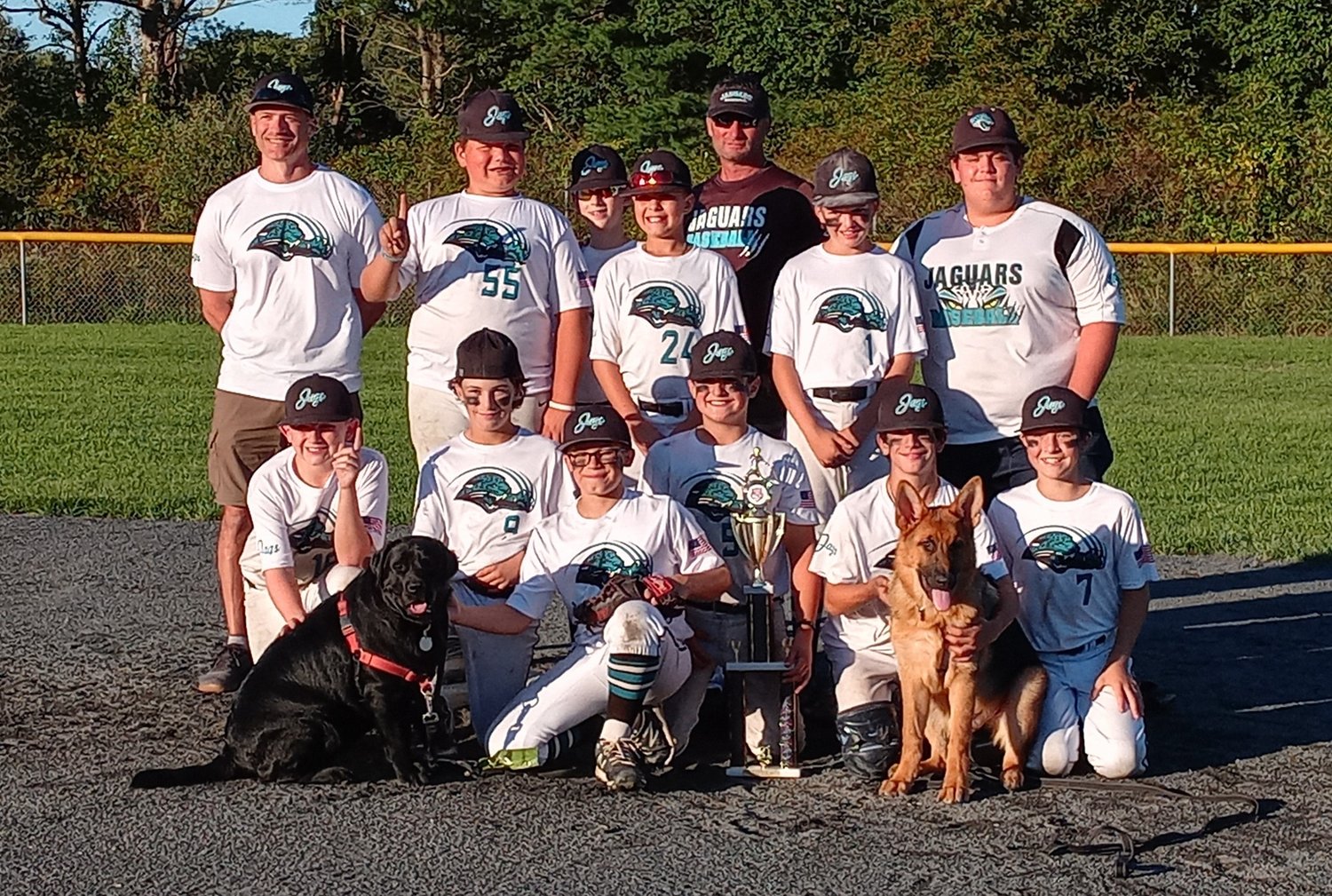 “I’m very honored to be a member of the Rhode Island Track Coaches Hall of Fame. Thanks to all the individuals who attended on my behalf and everyone that was unable to attend but reached out,” said Lyons.  “It was a fantastic night and It was great to share the evening with my family, friends, former athletes, former assistant coaches, colleagues in the coaching community, and my former high school coach.  A special thank you to Eldon Santiago who is in essence my son, for giving an incredible speech introducing me that choked me up. It is a remarkable feeling knowing you have made a difference and impacted so many while doing something you love. I’m humbled and also grateful I get to keep coaching and trying each day to make a positive influence in the lives of my student-athletes at my Alma Mata,” continued Lyons.

EPHS Girls Soccer First to Play & Score in New HS Stadium
The EPHS girls soccer team christened the new high school stadium with a shutout win last month in a 3-0 win over West Warwick.  The stadium’s first ever point was scored by Jordyn Brogan who scored 2 goals.  Also scoring was Olivia Williams with an assist by Lily Budnick, and Briana Lopes.  Kaylee Davenport had 2 saves and  Kloey Iacavone 1 save.

In a loss to Chariho, 3-1, Jordyn Brogan scored assisted by Olivia Williams.  Kaylee Davenport had 10 saves.

As Fall sports gets into gear, The Reporter will update results online at ReporterToday.com.

EP Area Jaguars take AAU Fall Ball Title
In youth sports, the Jaguars 12U AAU baseball squad continued their winning ways late last month as they captured the AAU Fall Ball 12U Championship.  The game played in Rehoboth, Massachusetts saw the team play 5 games in two days, with 4 wins for the Title.  Three wins by mercy rule.  “The boys were kicking on all cylinders,” said Manager Vin Enright.  “I really can’t single out too many individuals as we had a well-balance effort.  Homeruns, great pitching and defense and aggressive baserunning.  The team worked hard and deserved the championship,” added Enright.

EPHS Boys Soccer Defeats Hendricken 1-0
As The Reporter was going to press for October, it is noted that the EPHS boys soccer defeated Hendricken in a 1-0 shutout at the new EP high campus stadium under the lights on September 29th.  Details on this game and others will be posted at ReporterToday.com.