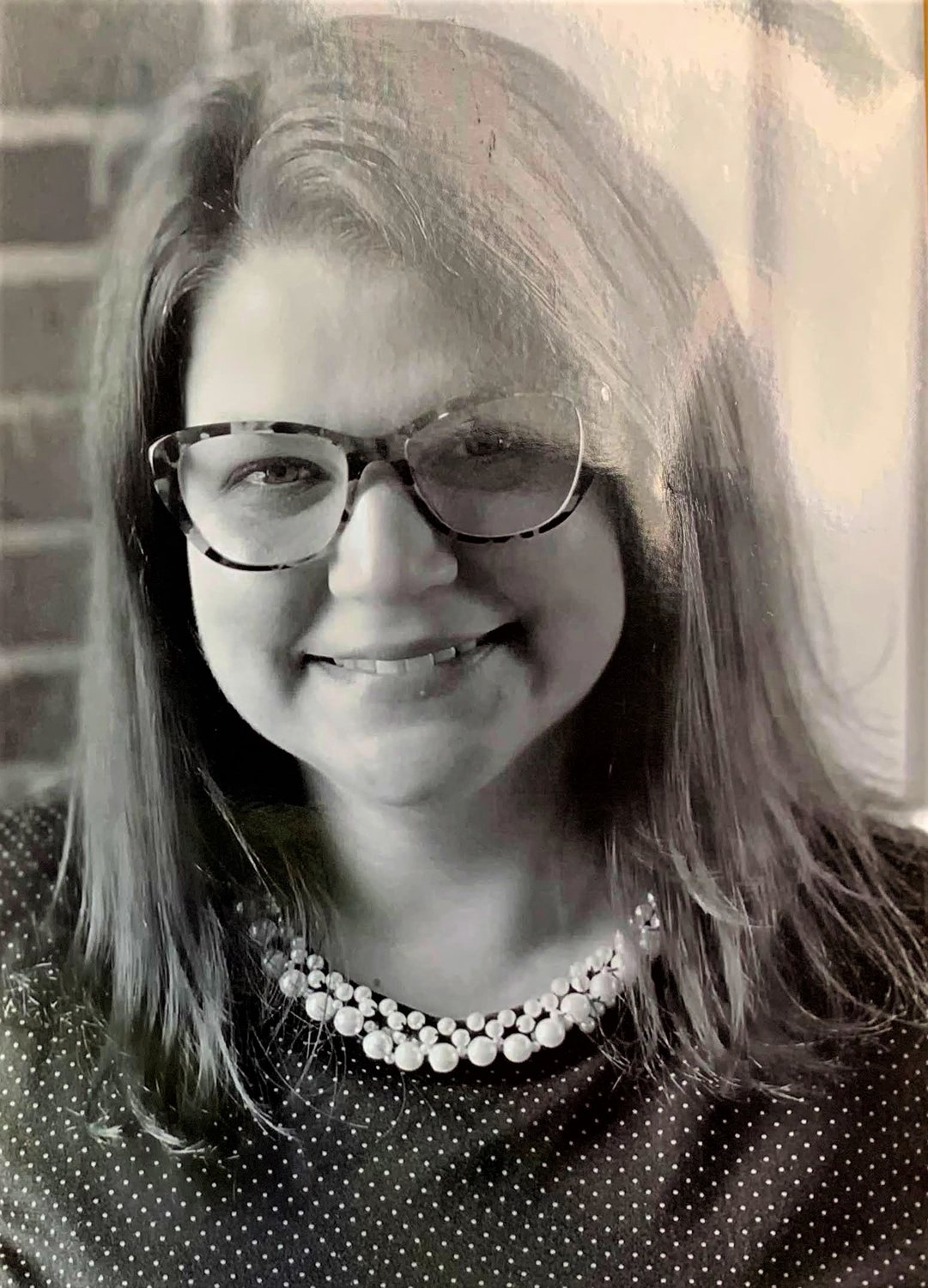 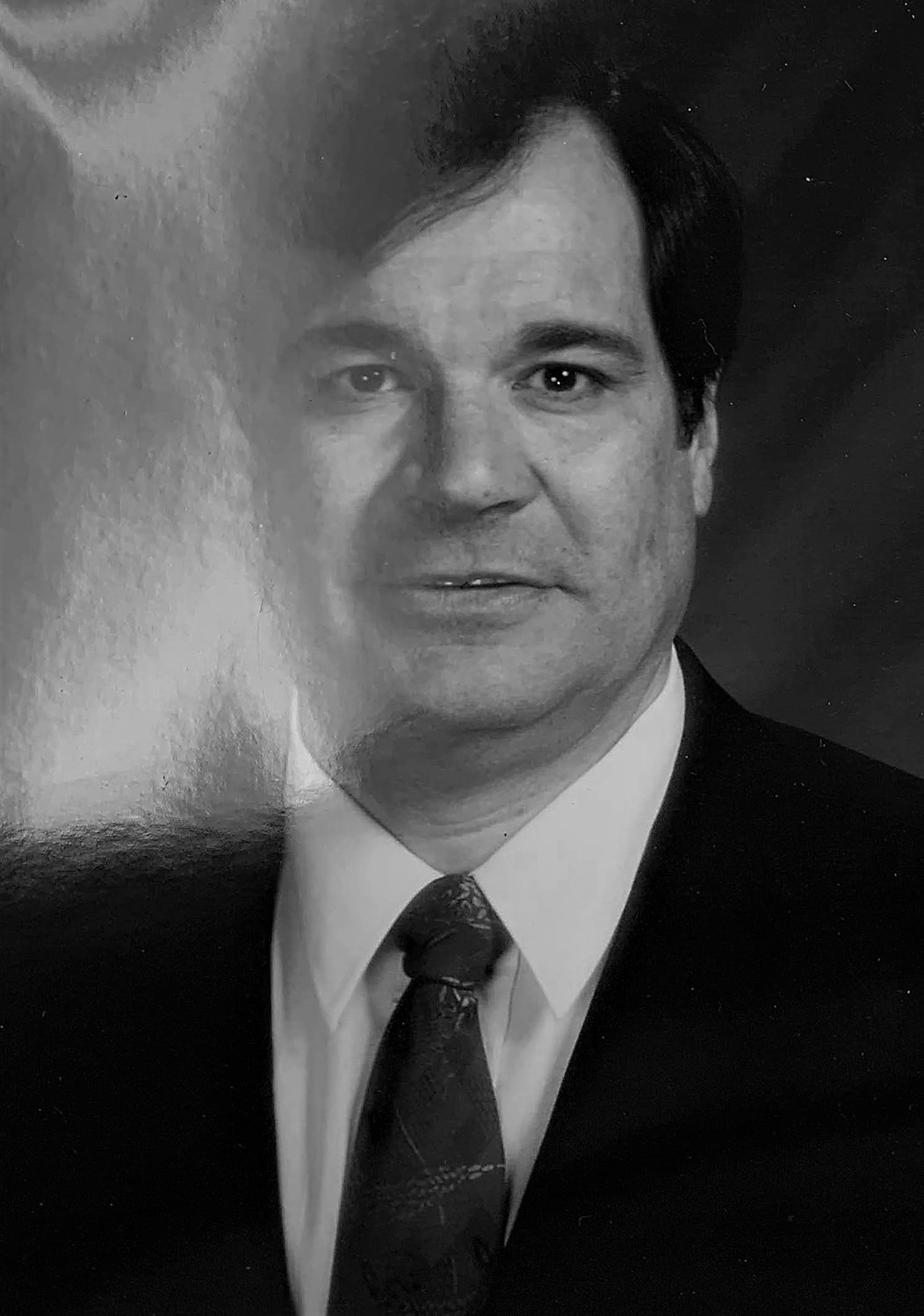 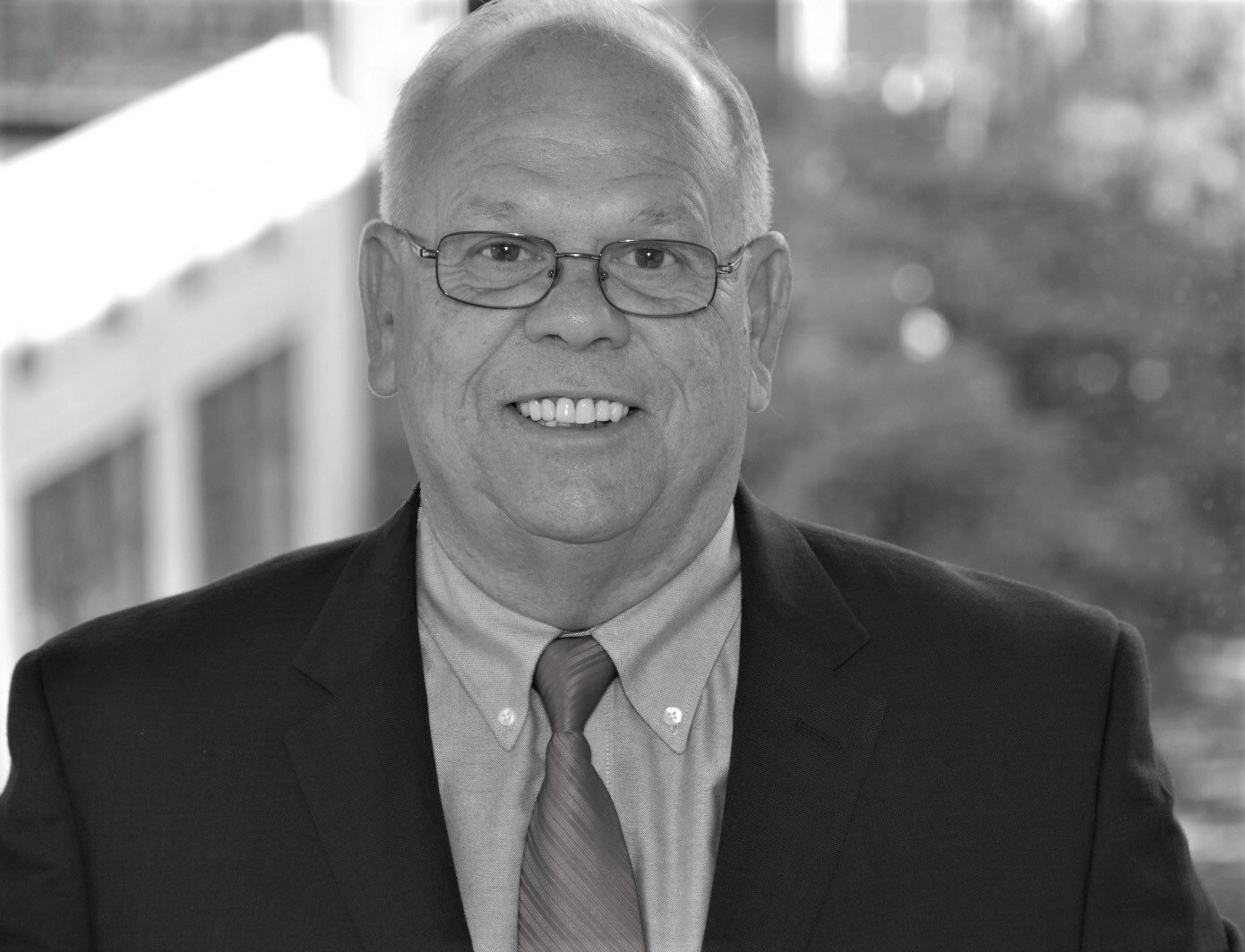 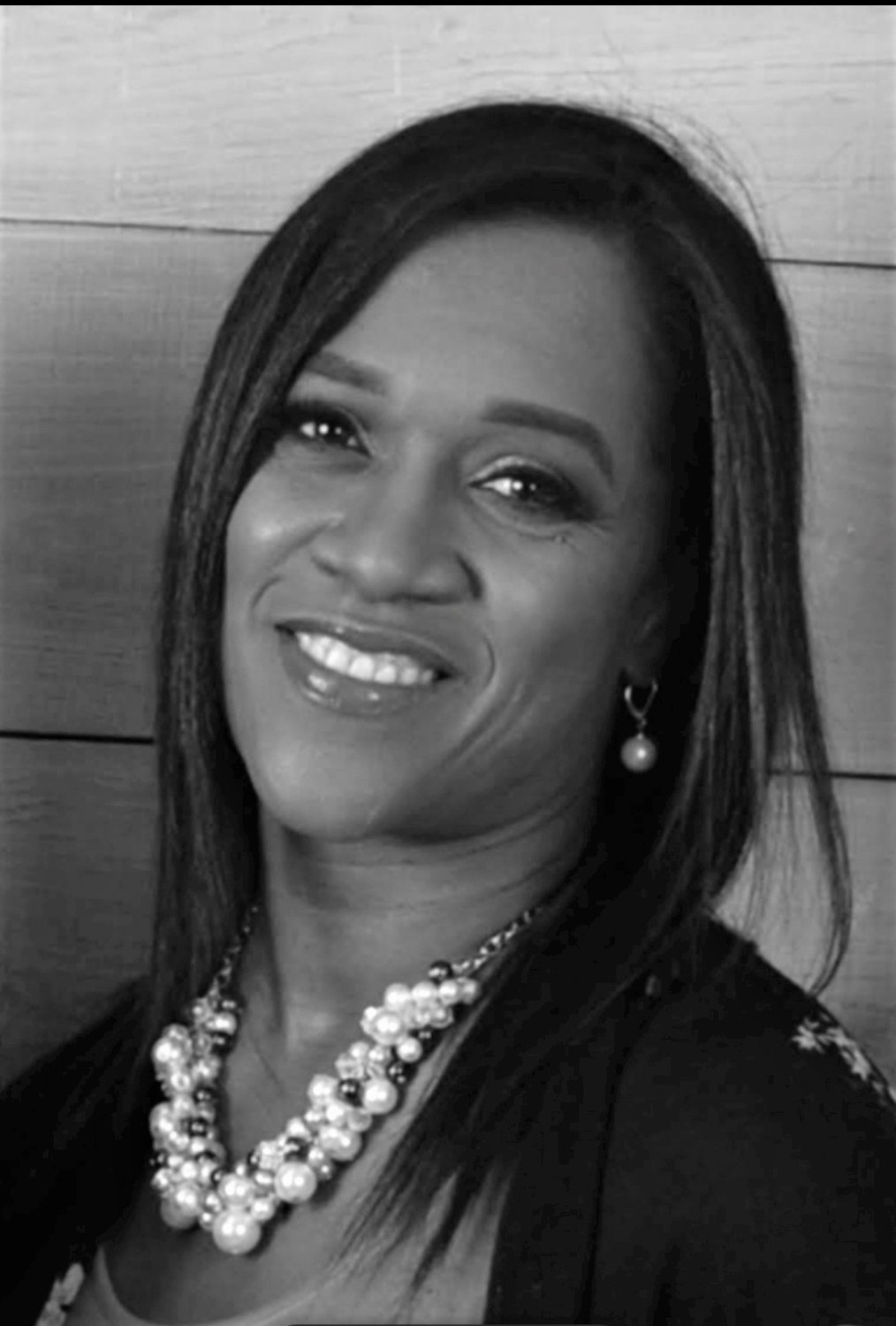 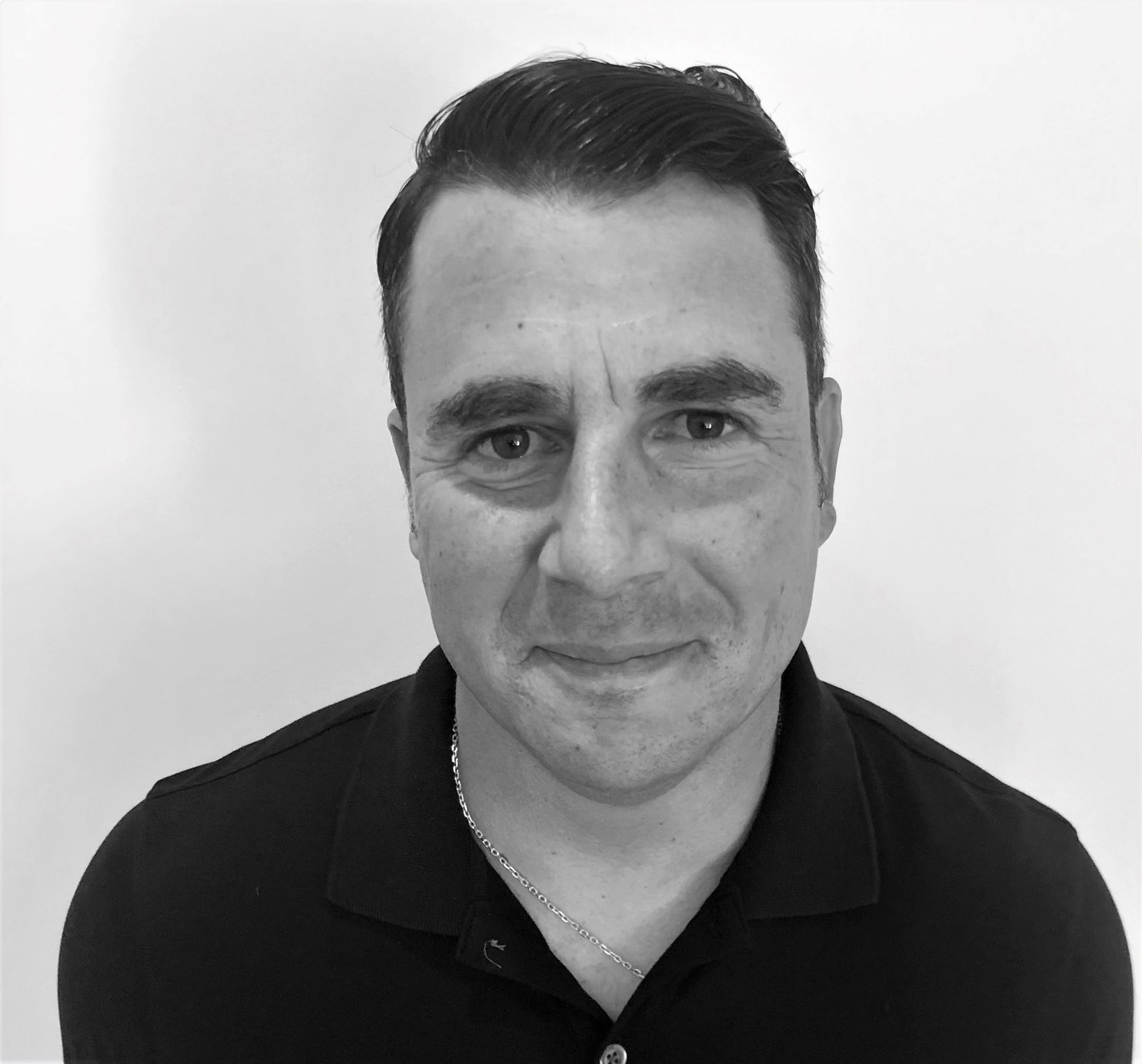 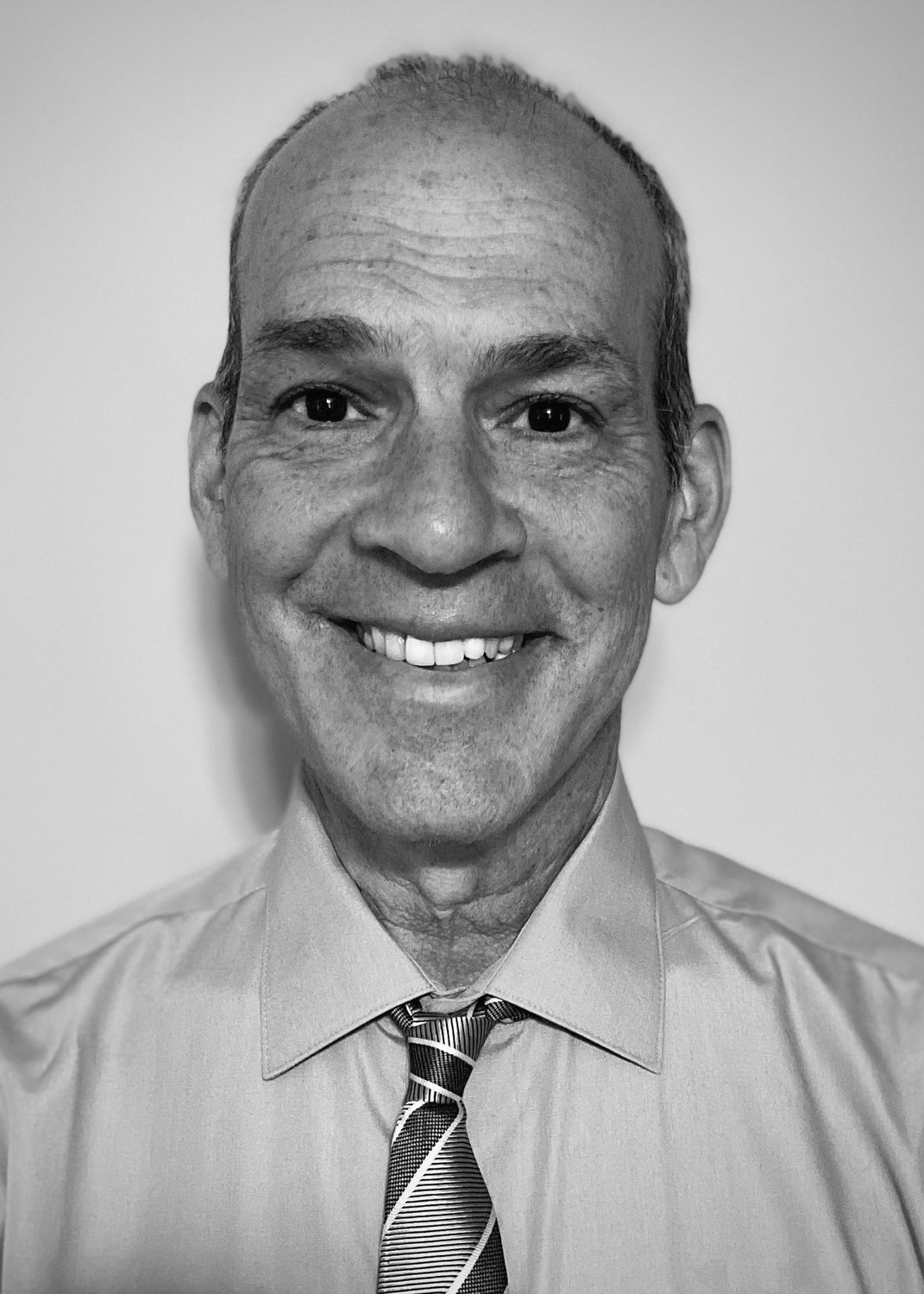 The last East Providence High School Hall of Fame Induction Ceremony was in October of 2018, due to the Covid Pandemic. The EPHS Hall of Fame Committee will induct six new members on October 16, 2022. “It has been a while, but our committee is back on track reviewing EPHS Hall of Fame candidates,” said committee chairman Gregory Dias ‘75. The 2022 ceremony will break slightly from past practice and the induction ceremony will be held at the new East Providence High School in the James T. Kanelos Dining Hall (cafeteria) on October 16, 2022. Previously the ceremonies were held at a restaurant.

The EPHS Hall of Fame was established by former Superintendent of Schools, Myron J. Francis, Class of 1947, in conjunction with the high school Centennial year in 1984. The Hall of Fame was intended to bring a sense of pride to the community. The inaugural HOF year consisted of twelve Townie graduates. The HOF committee continuously seeks nominations from the general public to expand a focus on the many meritorious EPHS graduates. Anyone can nominate a Townie graduate by contacting a committee member or writing to: EPHS Hall of Fame Committee, PO Box 16571, Rumford, RI 02916.

The 36th Class of EPHS Hall of Fame Inductees are:

Ronald Rossi Class of 1968:
Ronald (Ron) Rossi graduated from East Providence High School in 1968. During his high school years, Ron was a member of the French Club, Control Room crew and the high school swim team. He was also a Boy Scout in Troop 5 in East Providence and attained the rank of Eagle Scout. As an adult, he was very involved with Troop 2 in North Scituate, where he lived for many years. Among his scouting activities, he taught badges, water activities and camping skills.

Ron Rossi was legendary. His strong voice could be heard throughout classrooms, the junior high school, the high school and the community of East Providence. As a teacher, colleague, coach, scout leader, neighbor and friend, Ron was a rare phenomenon. He embodies what a TOWNIE was all about. He was a man larger than life, a man devoted to family, his work, his friends, and his hometown of East Providence. Ron remained integrally related to the Boys Scouts of America and the Special Olympics to which he dedicated both his professional and personal life until his untimely death.

Ron Rossi has been posthumously nominated by Don Lurgio and Dick Wood for membership into the East Providence High School Hall of Fame.

Mark Hayward Class of 1973:
Mark Hayward graduated from East Providence High School in 1973. He was a member of the student council and home room representative, French Club and the Young Republican Club. After leaving East Providence High School and prior to graduation from Providence College in 1977, Mark ran and was elected to the East Providence City Council and was then elected by his fellow council members as Mayor of the City from December 1976 to January of 1982. Mark's drive to continue in public service led him to become the Director of Local Government Relations, US Environmental Protection Agency. He was then appointed the Deputy Assistant Secretary of the Office of Territorial and International Affairs US Department of the Interior. He served as the District Director of the US Bureau of the Census. In 1990 he was appointed Director of Intergovernmental Affairs, US Small Business Affairs, SBA Acting Chief Council for Advocacy Office of Advocacy US SBA. He returned to Rhode Island in 1990 where he was appointed Deputy Director/Assistance Director for Economic Development, SBA and since 1999 District Director of the Rhode Island District Office, US Small Business Administration. In this capacity, Mark has been instrumental in handling a broad range of statewide business relationships designed to foster the growth and success of existing and start up business ventures within the State of Rhode Island. Mark's experience and expertise was needed more than ever in the recent times during the Covid crisis to help preserve and foster a continuation of small business. These efforts have included PPP loans in Rhode Island, Restaurant Revitalization Grants, Shuttered Venue Operations Grants and Economic Injury Disaster loans. For his many achievements and accomplishments in service to his fellow Rhode Islanders, Mark was nominated by East Providence High School Hall of Fame member Howard Levine. .

Heather proudly continues to reside in East Providence while serving the urban school district of Central Falls for more than a decade. She is a published author and researcher advocating and promoting social justice, equality and education for all people.

Heather began her career in education at Providence College, graduating in 1998 with a degree in Elementary and Special Education. Her first year of teaching began in North Carolina where she was awarded the Sallie Mae First Class Teacher of the Year Award in 1999. She then spent 8 years teaching in Connecticut, initially as a special educator and finally, as a Dean of Students in Hartford and New Britain. While in Connecticut, she earned a Master of Arts Degree in Special Education.

Heather, has since, spent more than a decade in the Central Falls School District as: educator, Dean of Students, and Assistant Director of Special Education. Currently, she serves as the Director of Alternative Multiple Pathways Programs for Secondary Schools in Central Falls. Heather has created unique educational pathways for diverse student populations who are at risk to both fail and dropout. She serves as a liaison to the Rhode Island Training School for incarcerated youth from Central Falls and is the presiding administrator for truancy court proceedings at Central Falls High School.
Heather earned a Certificate of Advanced Graduate Studies (CAGS) from Johnson & Wales in 2017 and her Doctorate in Educational Leadership from Johnson & Wales in 2018. Dr. Heather I. H. Dos Santos was nominated for membership into the East Providence High School Hall of Fame by Onna Moniz John.

Jennifer Griffith Class of 1995:
Jennifer Griffith is a 1995 graduate of East Providence High School. In high school, she was the Senior Class President, and captain of the girls’ tennis team. Jen received her bachelors’ degree from the College of Holy Cross and her Juris Doctorate from Roger Williams Law School. She is licensed to practice law in Rhode Island, Massachusetts, and the United States Federal District Court of Rhode Island.

Jen was a staff attorney at Rhode Island Legal Services for ten years, representing low-income clients in all family court matters. She was appointed as the State’s Child Advocate in March 2016 and received unanimous advice and consent of the RI Senate in 2016. As Child Advocate, Jen is the director of the state agency which serves as oversight to the DCYF. Under her leadership, the office has doubled its staff and budget.

For her achievements and accomplishment, she was nominated to the East Providence Hall of Fame by Judge Lia. N. Stuhlsatz.

John Mark Andrade Class of 1998:
John Mark Andrade graduated in 1998 from East Providence High School. As Soccer Team Captain and MVP in both junior and senior years, he was also a two year All-State Soccer player, a 1997 NSCA All American, an UMBRO and Gatorade State Player of the Year. He was an honor roll student, a member of the student council, and the Portuguese Club. John Mark went on to Syracuse University as a four-year starter on the soccer team where he earned All Big East honors in 2000 and 2001 and all Northeast Region honors. He was team captain at Syracuse in 2001 and was named team MVP in 2000-2001. John Mark graduated from Syracuse with a degree in Consumer Studies in 2002 and moved to Portugal, after graduation, where he played professionally.

John Mark returned to the United States and served as head soccer coach at Dean College before coming to Providence College where he is in his 11th season coaching, first serving 4 seasons as an assistant coach and then promoted to associate head coach in 2012. John Mark has helped the Friars reach the NCAA Tournament in six of his previous 10 seasons with the Friars.

Carl worked for the East Providence School Maintenance Department for over 38 years before retiring in 2016. His passion to help others led Carl and his granddaughter Hailee Ascenio to create and run the Hope and Faith Drive to address a need he saw in the East Providence community. The organization was inspired by the realization that some of our neighbors go without a meal some days due to life circumstances and events.

Carl and Hailee formed a plan to collect each month one canned good or $1.00 from anyone who would donate, then delivered donated canned goods and other non­ perishables items right to the door of those in need. The dynamic duo was able to convince others to join in their admirable efforts, as well as entice local businesses to donate prepared foods to those in need. When Carl retired, he was able to devote more time to Hope & Faith. Carl and his entire family have added other non- profits such as A. J's Hero's to donate new and gently used clothing, the Kindness Project which was developed to pay tribute to the "pay it forward" movement and the Carl IV Helping Hands Project.

Public Invited to Ceremony & Luncheon:
The community is invited to attend the ceremony to help honor these Townies. In addition to the induction, guests will be served a luncheon and a tour of the new EPHS will take place for those interested. The moderate ticket price covers the cost of plaques, programs, certificates and the luncheon.

Deadline for purchasing tickets: September 30, 2022
For tickets: Send request to Hall of Fame Committee, PO Box 16571, Rumford, RI 02916. Also, all former HOF inductees will be able to pick up their "old" picture plaques since new ones were installed in the new school. For further information, contact Millie Morris at 434-4654 or email Bob Rodericks bobrodericks@gmail.com.