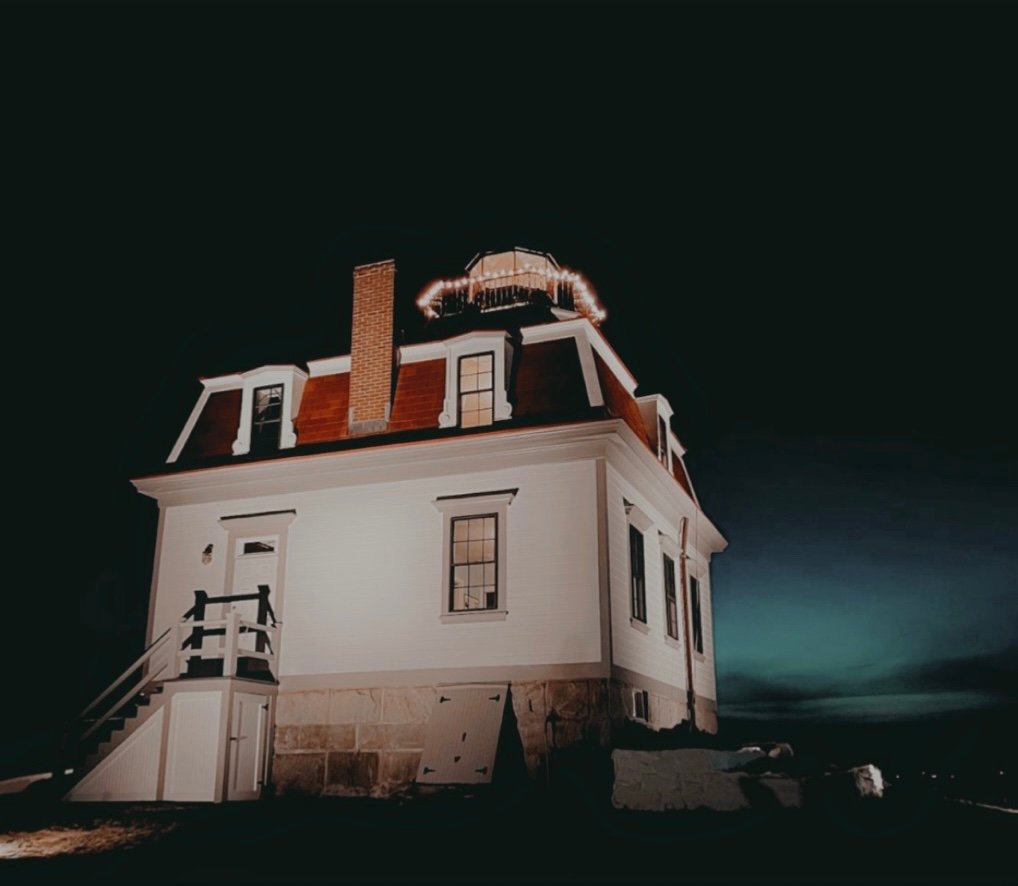 Pomham Rocks Lighthouse, located off the coast of East Providence, will cast an even brighter light this holiday season. The railing of the catwalk surrounding the lantern room atop the island light station will be aglow with decorative white lights to usher in the holidays and to bid farewell to its memorable 150th year.

First lit on December 1, 1871, Pomham Rocks Lighthouse has served as a beacon to commercial and leisure vessels for a century and a half. Its antique Fresnel lens was returned in time to celebrate its 150th year and is the centerpiece of the lighthouse’s museum.

To continue historic restoration of the building and grounds, this year the lighthouse’s cistern was restored. A brick-walled area located beneath the house, the cistern stores rainwater collected from the roof, and was once the only source of water for the keeper and his family. The remnants of a stone retaining wall on the grounds were uncovered. The two-tiered wall was restored, painted and filled with loom as it had been in 1871, to reduce soil erosion on the half-acre island. The steps to the oil house, where oil was stored to keep the lamp in the Fresnel lens burning, were replicated according to original blueprints.