Looking Back… At Schools, Teachers, and Staff 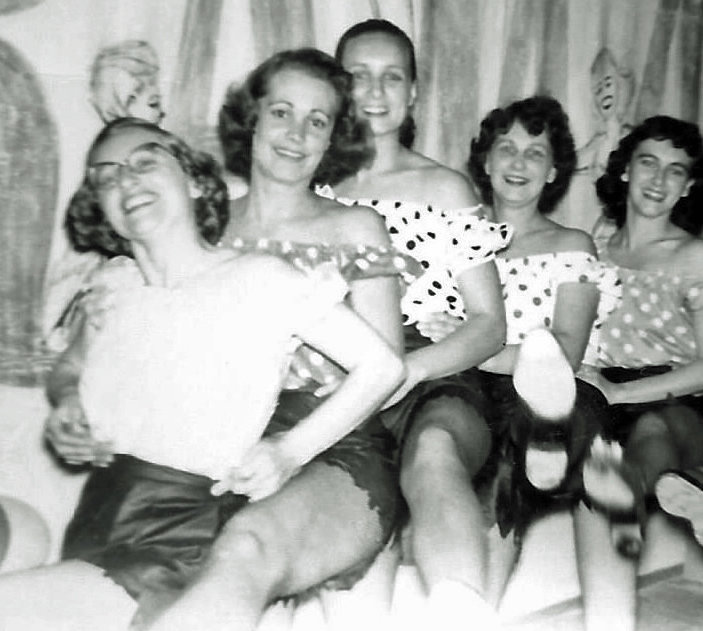 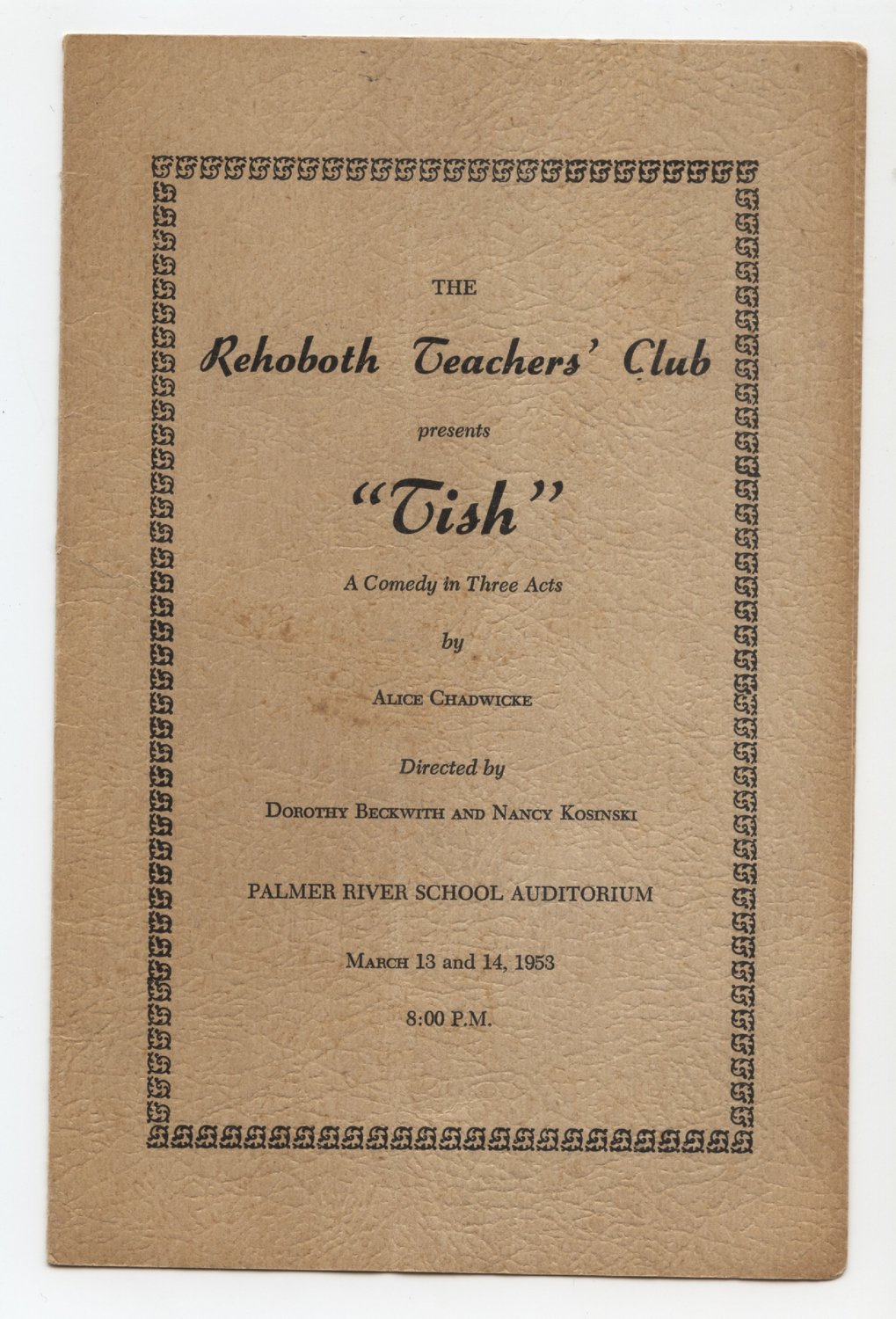 During the 1950s, the Rehoboth Teachers’ Club held fundraisers for purchasing school supplies and equipment. A play, “Tish” by Alice Chadwicke, was presented in the new Palmer River School Cafeteria/Auditorium on March 13 and 14, 1953. The three-act comedy had a very simple theme – it was about a woman and her friends AND her car. The lunch room and lobby of “The Eagle Hotel” in the southwestern part of the United States was the setting for this performance, which covered  a period of a few days in the life of these amazing friends.

The performers and various committee members were teachers and staff members who, by the time of their retirements, worked collectively in the Town of Rehoboth school department for well-over two hundred years. The “star” of the show was “Tish” portrayed by Dorothy L. Beckwith. Miss Beckwith began her career in Rehoboth as a teacher at the Blanding School. She was Principal of Anawan Junior High School, and a fabulous candy maker, who also taught candy-making classes. Those of us who knew “Becky” certainly remember her as having a booming voice – no microphone was needed to hear her from the stage or anywhere else.  Her presence was known! She was in her glory in the classroom, where, in the early 1960s, she brought “New Math” using Cuisenaire Rods and Blocks. which were painted wooden sticks varying in colors according to length of each piece all piled into a “hand-sized” cloth drawstring bag to teach both current classroom teachers and their students how to do basic addition and subtraction and eventually multiplication and division. She traveled to Europe and Russia with a group of educators from all over the world to witness and compare various teaching methods of all nations. Her hobby of candy-making, began as a child and continued well into her 70s. From October through April, Becky would make chocolate-covered caramels, cherries and soft-centered bonbons, candied apples, pecan logs, peppermint patties, and various flavors of fudge. There was nothing better than going to her house on Broad Street in Rehoboth when she was “doing her thing”!  Oh, the aroma of all those sweets filling the air as one walked up to her side door. Once inside, it was even better. Pots were on the stove, filled with molten chocolate for dipping the many centers, caramel-covered nougat centers waited to be rolled in hand-chopped pecan pieces, and boxes upon boxes of items already packaged and ready for pick-up or delivery filled her parlor. Her candy was always a “5 star” performance.

Jean Dyer taught first and second grades at North Rehoboth and Palmer River Schools. She volunteered at Sturdy Memorial Hospital in Attleboro for over thirty years. Jean had four children and enjoyed traveling. Beverly Calderwood Hart taught in Rehoboth for twenty years. Her parents were business owners in town. Bev married and had three children. For many years, she was involved in civic organizations and held numerous positions in the Town of Seekonk. David Smith was a teacher and then principal at Palmer River School for many years. Later, he became a Century 21 real estate agent, working out of the former Midway variety store at the intersection of Routes 44 and 118. Nancy Carpenter taught at North Rehoboth School for twelve years, prior to continuing her career at a private school in Rhode Island. Doris Johnson was both a teacher and principal at North Rehoboth School for many years. Both Beatrice Kammerer and her sister-in law Margaret Kammerer taught at Anawan Junior High and completed  their lengthy teaching careers at Dighton-Rehoboth Regional High School. Olga Gerula (Grade 5), Anna Betts (Grade 4), and Mary Zucchi (Grade One) taught together, yet at different grade levels, at Palmer River School for many years.

Other school groups have also put on plays, shows or events over the years that also acted as fund-raisers for various school-related activities. In the late 1950s, Palmer River teachers put on a musical show, a Cabaret, which featured teacher Randi Ewing and other teachers doing a line dance. In the 1980s, John Egan hosted a “talent” show at Beckwith Middle School to support its Summer Athletic Program.