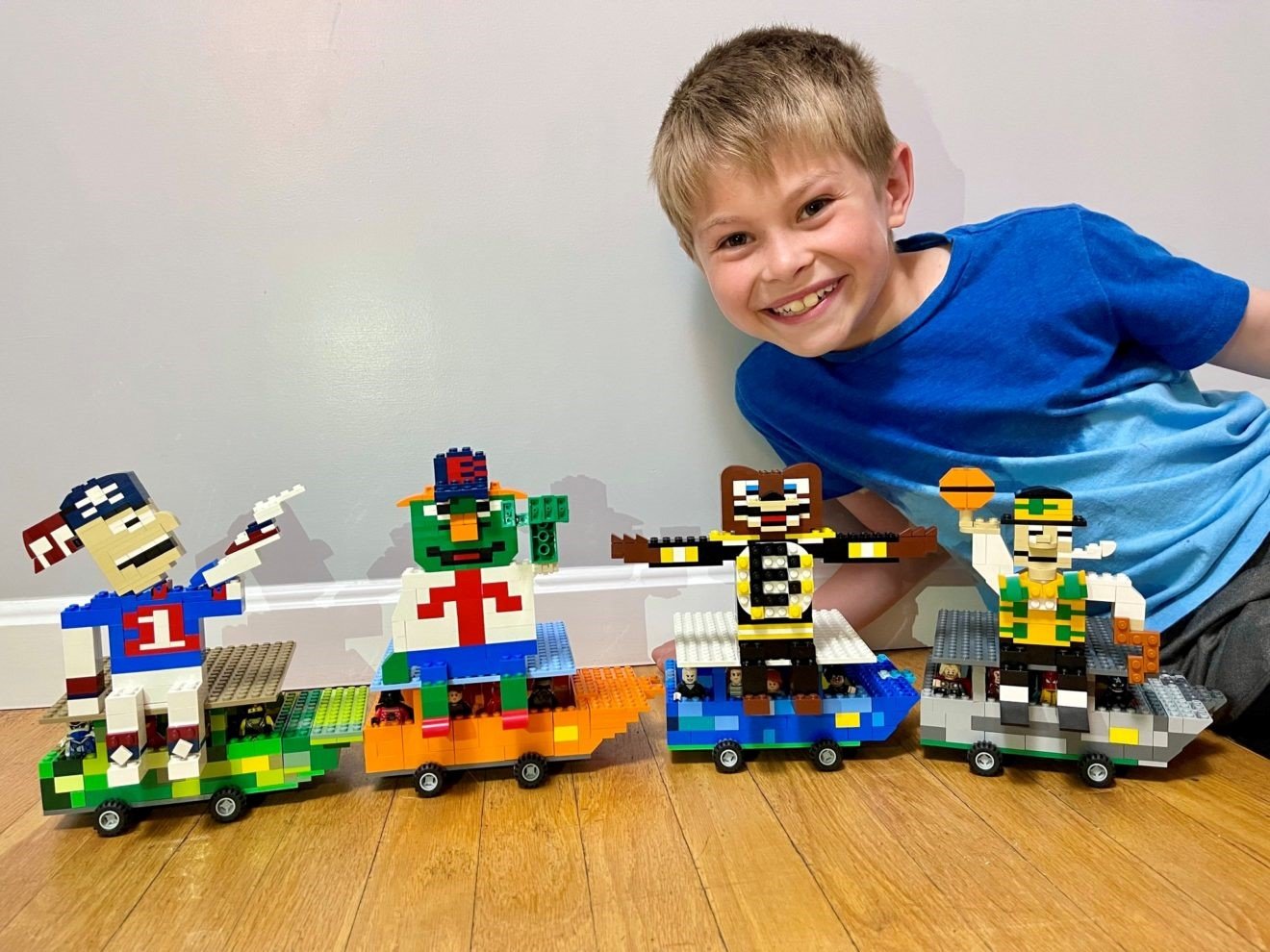 Seekonk – Superintendent Rich Drolet and Principal Jennifer McKay are pleased to announce that Nolan Hurd, a 9-year-old from Seekonk’s Martin Elementary School, competed in a national Lego competition this week.

On May 21, Hurd won the title of Mini Master Model Builder of Boston at LEGOLAND Discovery Center Boston, beating out 30 other young builders who all made a Lego creation representing what summer means to them. Hurd was tasked with building a Lego creation that represents the city of Boston, and he created a Boston Duck Boat Parade highlighting everyone’s favorite Boston sports teams.

Hurd, Principal McKay and Hurd’s classmates were able to announce Hurd's placement in the national competition to the Martin school community during morning announcements on the last day of school earlier this month. After that, attention on Hurd's Lego creation grew and his entry in the competition was shared on social media and in the local news.

“We are so thrilled for Nolan and how he has represented himself, his school and his community during this entire competition," Principal McKay said. “He shows so much creativity and design skills through his creations, especially for someone who is only 9 years old. The entire Martin community expresses our congratulations to him on winning the Boston Mini Master Model Builder contest and having such a great showing in the national contest.”