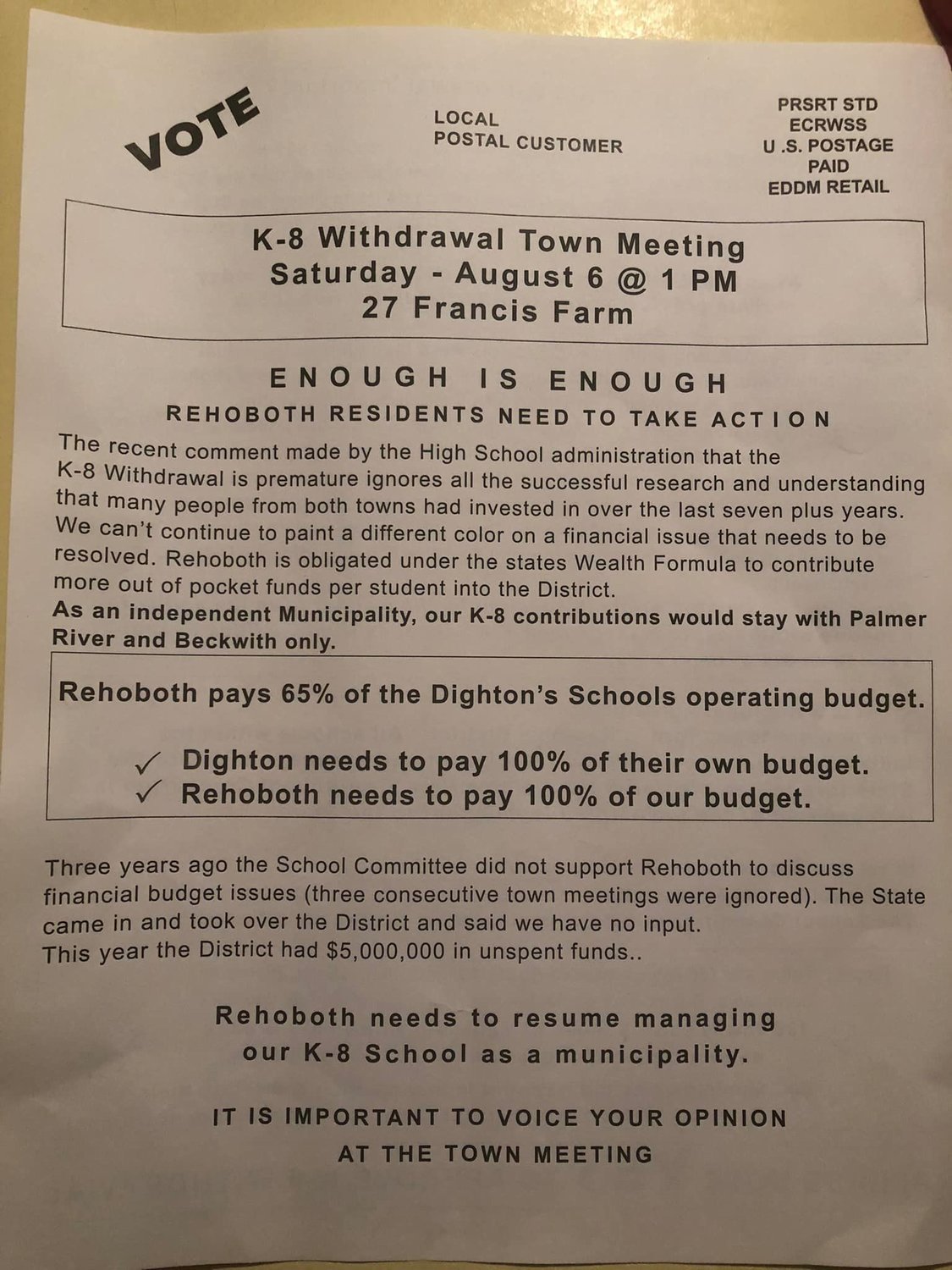 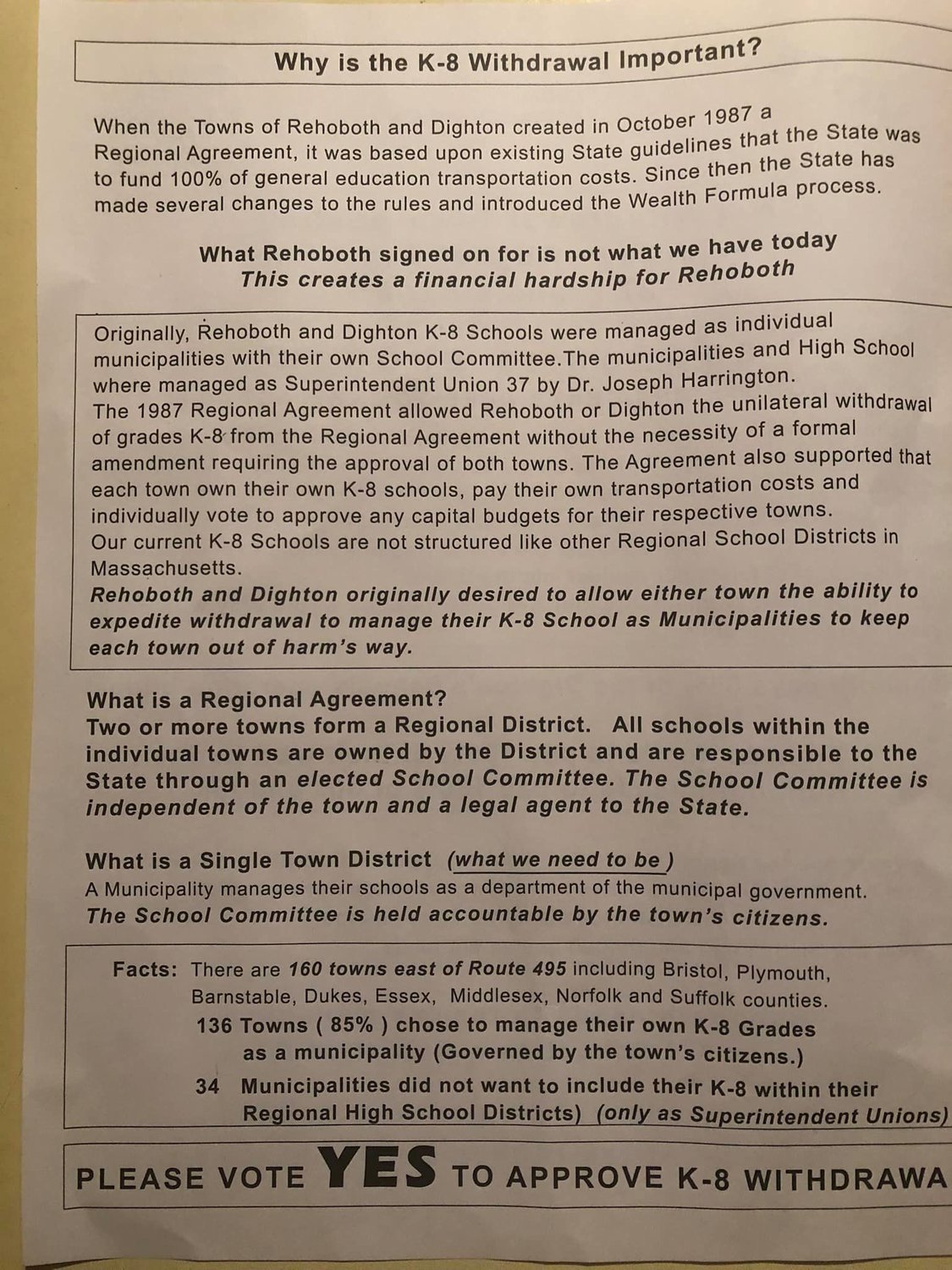 The contents of a mailer calling for the withdrawal of K–8 from the regional school system are “categorically false,” according to Dighton-Rehoboth School Superintendent Bill Runey.

Photographs of the mailer appeared on Facebook Wednesday. The Rehoboth special town meeting will be held on Saturday, August 6 at Francis Farm. The first warrant article is a vote to withdraw K-8. The second warrant article is the formation of a K – 8 school committee. Selectman Michael Deignan explained the article won’t be voted on if the K – 8 withdrawal is not approved.

Runey previously said the push to withdraw K through 8 from the regional school district was premature.

“The recent comment made by the High School administration that the K-8 withdrawal is premature ignores all the successful research and understanding that many people from both towns had invested in over the past seven plus years,” the mailer states. “We can’t continue to paint a different color on a financial issue that needs to be resolved. Rehoboth is obligated under the state’s Wealth Formula to contribute more out of pocket funds per student into the District.”

The mailer also notes “as an independent municipality, our K-8 contributions would stay with Palmer River (Elementary School) and Beckwith (Middle School) only.”

“I will start by saying this is another piece of evidence that the well-being of the students and the staff is not the priority,” Runey said via e-mail Thursday. “This is simply town versus town animosity, and rather than have the adults involved sit at the table with the new administration and try to come to a resolution, some in Rehoboth just want to take their ball and go home.”

This person is intentionally misleading the public by manipulating the approximate difference in the percentages of the operating budget that each town is responsible for based on their enrollment and the wealth factor. This argument should be with the legislators who determine the formulas for state aid.”

Rehoboth Selectmen Chairman Skip Vadnais said he has not seen the mailer and added it came from a private group and had nothing to do with the town.

Deignan explained withdrawing K through 8 “doesn’t dissolve the district” but instead returns local control to the town of Rehoboth.

“What I am concerned about is that there are various narratives that are floating around,” Runey said last month. “Some call this a de-regionalization while others say it is simply a withdrawal. There is talk of a prior statement from the Department of Elementary and Secondary Education (DESE) that this is something that DESE would not sanction. People are questioning whether or not the Regional Agreement applies.”

In 2021, the town of Rehoboth filed a lawsuit against the school district in an attempt to obtain financial information.  The Board of Selectmen has been highly critical of the way the school department spends money.