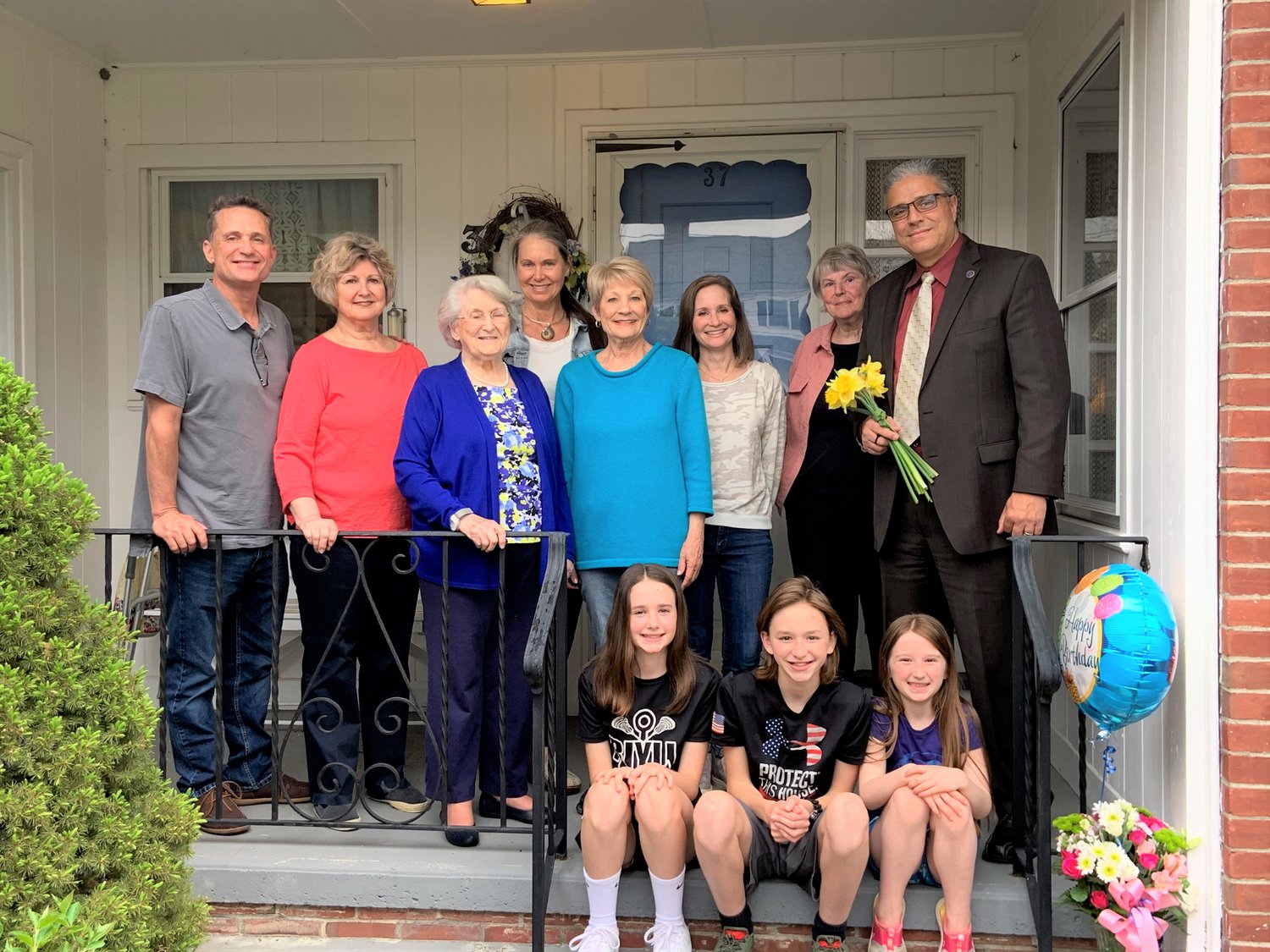 East Providence Mayor Bob DaSilva stopped in to congratulate Nancy Stevens of Rumford late last month on the occasion of her 100th birthday.  Stevens is a former elected member of the East Providence School Committee and City Council.  Stevens is a 1939 graduate of Medford High School before completing her education at the Pierce Secretarial School and the Mary Brooks School for Early Education in Boston.  She moved to East Providence in 1959 and opened and operated the Rumford Morning School.

The Mayor issued a proclamation which read in part, “Stevens was elected to the East Providence School Committee serving a total of 12 years. During this time, Mrs. Stevens gave back 100% of her School Committee compensation to teachers for classroom needs; and her desire for student engagement lead her to spear head the addition of a high school student council member to the committee’s agenda to report on school activities and concerns.  After her time on the school committee, Stevens followed her civic service by serving a two-year term as a City Council member; and in 1995, Stevens retired from the  Rumford Morning School after 36 years of educating hundreds of preschoolers in the community…”

The Mayor further noted that Stevens was active over the years in a number of organizations such as the Crescent Park Carousel Commission, East Providence Conservation Commission, R.S.V.P (Retired Senior Volunteer Program) and serves as both a founder and member of the East Providence Historic Properties Commission.

Stevens, who received a “Key to the City,” still resides in Rumford and is a 64-year member of Newman Congregational Church. A mother of two daughters, she has six grandchildren, 14 great-grandchildren and one great-great-grandchild.