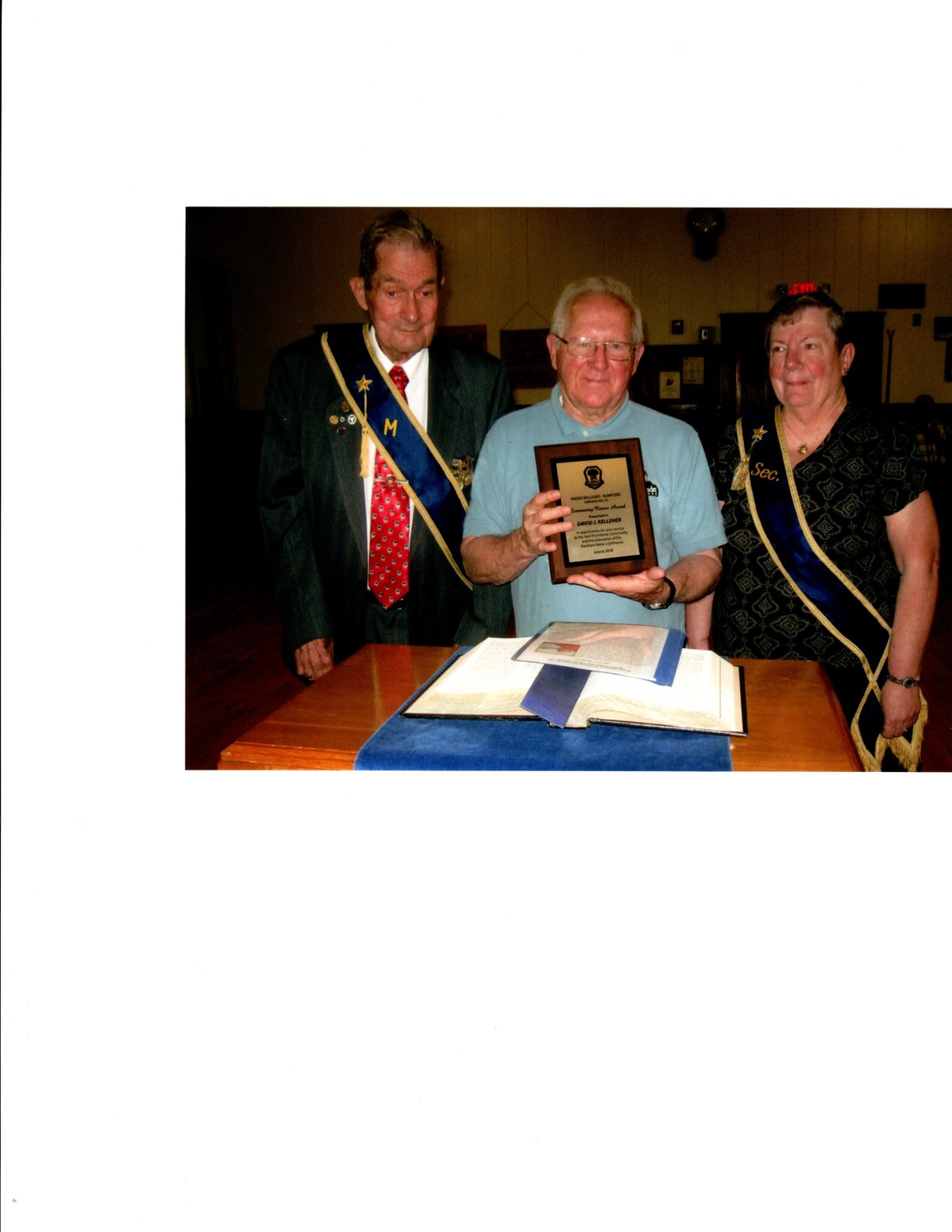 When Union Primary School in Rumford closed, Dave ensured that the historic building would be preserved. As a board member of the East Providence Historical Society, he organized field trips to the John Hunt House and Bridgham Farm for fourth and fifth graders. Dave took on extracurricular preservation projects, working with the Historical Society to preserve a historic amusement park building and the pumping station at Hunt’s Mills. With the East Providence Land Conservation Trust, Mr. Kelleher helped to save historic Bridgham Farm. His skills as an educator made him an ideal choice for the city’s Historic Properties Commission, and he emerged as the historic preservation liaison to the City Council. Initiatives included a demolition delay ordinance, saving historic Weaver House, and establishing the new Historic District Commission.

The East Providence Chamber of Commerce has engaged him to give citywide tours. After he retired in 2002, Mr. Kelleher turned his focus to historic Pomham Rocks Lighthouse. Built in 1871, it is the last surviving lighthouse in upper Narragansett Bay. It is located just 200 yards from the East Providence (Riverside) shoreline and is listed in the National Register of Historic Places. The Pomham Rocks Lighthouse is a New England landmark and a symbol of East Providence maritime heritage. Mr. Kelleher and Don Doucette established the Friends of Pomham Rocks Lighthouse in 2004 to restore the endangered building. Under the ownership of the Exxon Corporation, which has a terminal just north of the island, the lighthouse remained dark and vacant from 1986 until 2006 when, thanks to this group of dedicated, local volunteers, under the guidance and leadership of Mr. Kelleher, the site was recommissioned with a beacon returned to the lighthouse and the skeleton tower removed.

The Friends of Pomham Rocks Lighthouse continue to make good things happen when it comes to preservation and education. Mr. Kelleher developed a program on lighthouses for Rhode Island’s fourth grade history curriculum, and he guides tours for Save the Bay and Providence River Boat Company in exchange for donations to Pomham Rocks. Dave shines as an interpreter of the light’s history as he mentors a new generation of lighthouse preservationists. In appreciation for his efforts, Mr. Kelleher was presented the Antoinette F. Downing Volunteer Service Award from the Rhode Island Historical Preservation and Heritage Commission in 2016. The relentless dedication of Mr. David Kelleher and the Friends of the Pomham Rocks Lighthouse is not only ensuring the restoration and ongoing maintenance of the 1871 Pomham Rocks Lighthouse, they also remain steadfast in their efforts to share the history and importance of this majestic beacon with the young and old alike through educational outreach, events and programs.