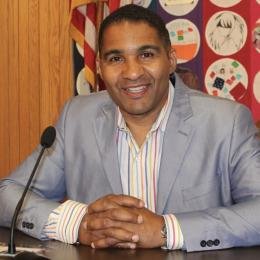 East Providence City Council President Robert Britto has announced his candidacy for the Rhode Island State Senate-District 18 seat. The seat is currently held by first term Senator Cynthia Mendes. Mendes, however, will not be seeking re-election to her Senate seat as she has announced her candidacy to be Rhode Island’s Lt. Governor. Mendes was elected to the Rhode Island Senate on November 3, 2020, in an upset over veteran Senator William Conley.

The Britto campaign announcement stated that Britto “… supported the charter change that introduced the strong mayor form of government after the hiring and firing of 3 City Managers and 2 Interim City Managers in the first four years of his time on the council. Britto voted in favor of increasing teachers’ salaries without a contract in his first term and advocating for an increase from 2-year to 4-year terms for city council members. He has hosted many constituent meetings to address various Ward 1 concerns. Bob has always been available to constituent needs, issues and problems. Always willing to listen, he weighs the many facets of problems facing the city before choosing a course of action,” said the statement.

Britto, 57 and his wife Danielle and their four children have made their home in Rumford for the past 23 years. Their 4 children have attended Myron J. Francis Elementary School, Providence Country Day School and East Providence High School.

“As a member of the Rhode Island Senate, Bob pledges to continue serving those he represents in an open and transparent manner. He will bring his wealth of experience, his incredible work ethic and high moral character to the office of State Senator-District 18.”