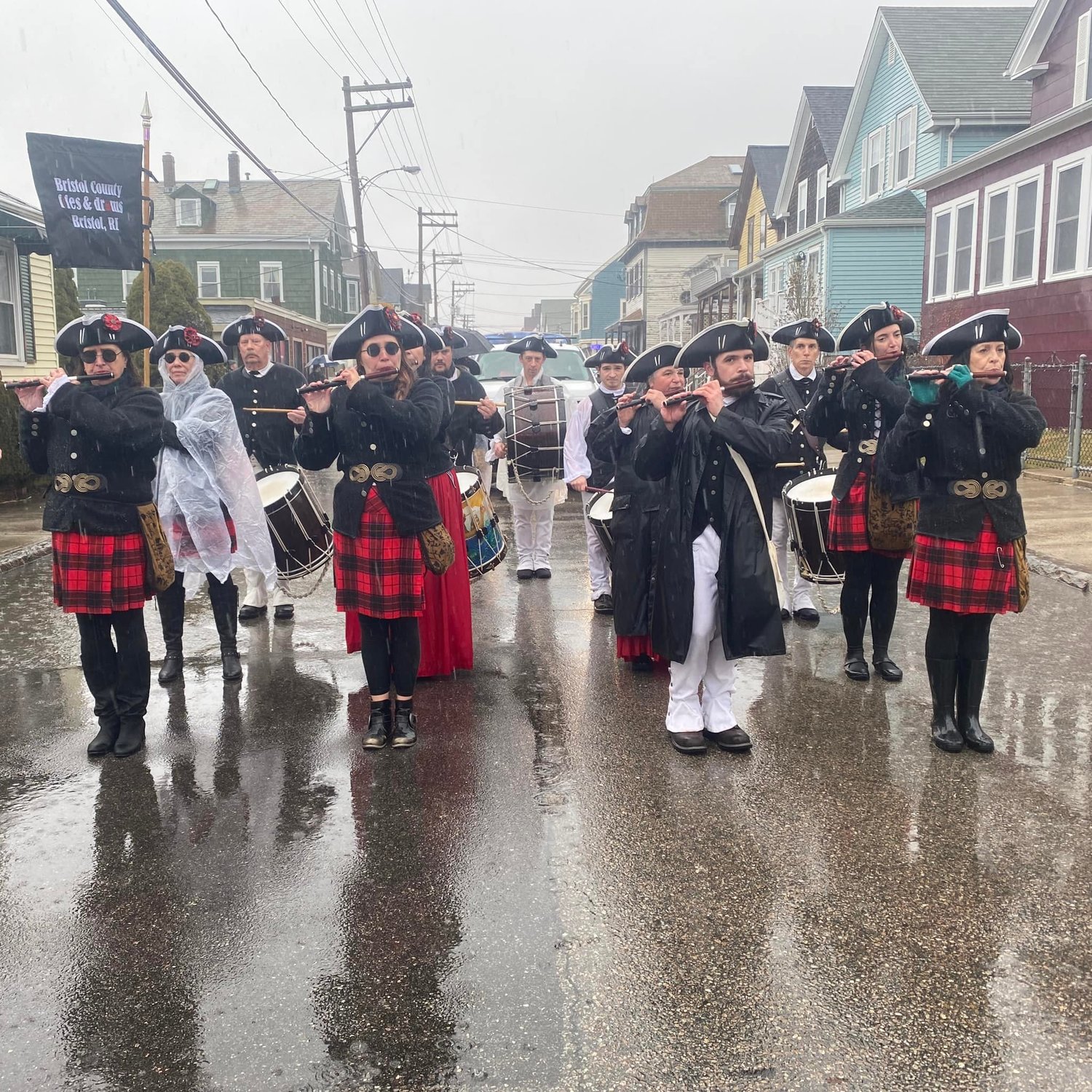 The Bristol County Fifes & Drums wrapped up a successful spring with three St. Patrick’s Day Parades, the return of their Annual Workshop, and the Isaac Davis March.

The BCFD started their season in Pawtucket with cool, but great weather. A small contingent of musicians set the season off on a positive note. (Pun intended). The next week, the corps marched through downtown Newport, where no positive outlook could keep the downpour of rain from drenching them. They were all smiles in Newport’s 5th Ward, despite the inclement weather. A march through Providence would finish off their triad of St. Patrick’s Day events. The threat of bad weather had everyone thinking it might rain on the BCFD’s parade- yet again. The luck of the Irish was with the people of Providence that day, and the rain held off, it was a great parade.

A small contingent of BCFD musicians were able to make the journey to Acton to accompany the Acton Minutemen during their reenactment of the Isaac Davis Trail March. The Patriot’s Day event takes place every year and celebrates the company who was first to arrive at the Old North Bridge. Other companies fall into line behind Acton, helping to defend their cities and towns. Isaac Davis is acknowledged as the first man to have died during the American Revolution.

Rounding out April, the BCFD held their Annual Workshop for the first time since 2019. This year, Brendan and Colin Mason from the Connecticut Patriots, gave a fantastic drum clinic. If you would like to learn an instrument, but were unable to attend the workshop, feel free to check out one of the BCFD Sunday rehearsals.

The BCFD will be appearing in the Aquidneck Island National Police Parade on May 1st and the North Smithfield 150th Anniversary Parade on May 7.

The Bristol County Fifes & Drums is a nonprofit and works to educate the public about the importance of historic instruments and rudimental music. If you or someone you know is interested in learning about this traditional form of music, feel free to come to a rehearsal on Sundays at 6-8PM at the American Drum Company. You can confirm rehearsal times through the corps email, bristolcountyfd@gmai.com  the website, www.bristolcountyfifesanddrums.org,  or our social media @bristolcountyfifesdrums.